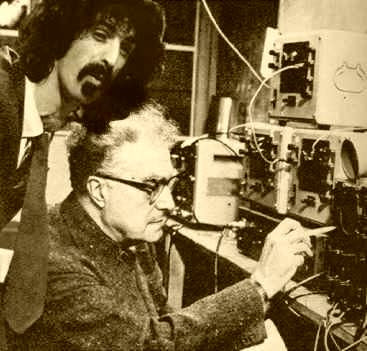 Page 111 of the November 7th, 1950, issue of Look magazine contains a short record review column. One of the albums reviewed featured music by the avant-garde composer, Edgar Varèse, including this piece entitled "Ionisation," which premiered in 1933. "Varèse is unlike anything else in music," suggested the Look magazine review, "and well worth knowing."

When that magazine first appeared, a young California resident, named Frank Zappa, was just short of his 10th birthday. So fascinated was Zappa by the Look magazine photo of Varèse accompanying the review, which made the composer look a little like the mad scientist in vintage horror films, that the young lad felt compelled to hunt down the record, which rapidly became his favorite.

Around the same time, Zappa started composing music himself, and, for his 15th birthday, Zappa chose to spend a $5 gift from his parents on a long-distance phone call to Varèse, who Zappa correctly guessed must live in New York's Greenwich Village.

These days, Frank Zappa is best remembered as the head of the iconoclastic rock band of the 60s and 70s, The Mothers of Invention, but in 1983, Zappa also conducted works of Varèse at a San Francisco concert honoring the composer's centenary, and always acknowledged Varèse as a major influence. One of Zappa's final projects, recorded in 1993, the last year of his life, was an orchestral tribute to Varèse. 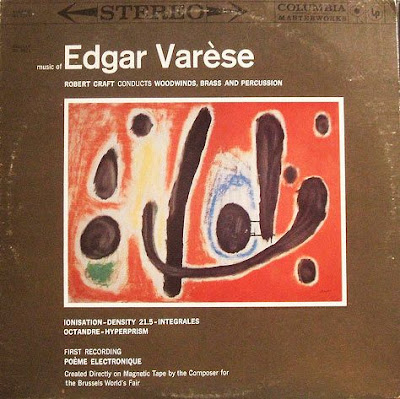