Absolute memory is a gray area of recollection 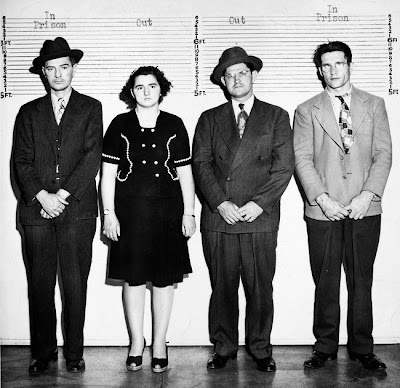 Testimony in everything is subject to scrutiny.

"The Certainty of Memory Has Its Day in Court"

The New York Times
Witness testimony has been the gold standard of the criminal justice system, revered in courtrooms and crime dramas as the evidence that clinches a case.

Yet scientists have long cautioned that the brain is not a filing cabinet, storing memories in a way that they can be pulled out, consulted and returned intact. Memory is not so much a record of the past as a rough sketch that can be modified even by the simple act of telling the story.

For scientists, memory has been on trial for decades, and courts and public opinion are only now catching up with the verdict. It has come as little surprise to researchers that about 75 percent of DNA-based exonerations have come in cases where witnesses got it wrong.

This month, the Supreme Court heard its first oral arguments in more than three decades that question the validity of using witness testimony, in a case involving a New Hampshire man convicted of theft, accused by a woman who saw him from a distance in the dead of night.

And in August the New Jersey Supreme Court set new rules to cope with failings in witness accounts, during an appeal by a man picked from a photo lineup, and convicted of manslaughter and weapons possession in a 2003 fatal shooting.

Rather than the centerpiece of prosecution, witness testimony should be viewed more like trace evidence, scientists say, with the same fragility and vulnerability to contamination.

Why is a witness’s account so often unreliable? Partly because the brain does not have a knack for retaining many specifics and is highly susceptible to suggestion. “Memory is weak in eyewitness situations because it’s overloaded,” said Barbara Tversky, a psychology professor at Columbia University’s Teachers College in New York. “An event happens so fast, and when the police question you, you probably weren’t concentrating on the details they’re asking about.”

Hundreds of studies have cataloged a long list of circumstances that can affect how memories are recorded and replayed, including the emotion at the time of the event, the social pressures that taint its reconstruction, even flourishes unknowingly added after the fact.

While most of us tend to think memory works like a video recorder, it is actually more like a grainy slide show. Lost details, including imaginary ones, often are added later. One of the earliest and more famous experiments to demonstrate that memories are malleable was conducted by Elizabeth Loftus, a psychology professor at the University of California, Irvine, and an early pioneer of witness memory research.

In a 1974 study published in The Journal of Verbal Learning and Verbal Behavior, she asked participants to view films of fender-benders in which no car windows or headlights were broken. Later, the subjects who were asked how fast the cars were going when they “smashed” into each other — as opposed to “hit” — were more likely to report speeding and describe shattered glass they never actually saw.

In another experiment, conducted in Scotland, participants were four times as likely to report a memory of a nonexistent event — in this case, a nurse removing a skin sample from their little finger — if they had been asked to imagine it just one week before. Others in the experiment read a description, but were not asked to picture it happening.

Even the process of police questioning and prepping for trial can crystallize a person’s own faulty reconstruction. In 2000, Dr. Tversky published a series of experiments conducted at Stanford University in the journal Cognitive Psychology. In one, volunteers read profiles of fictitious roommates with both charming and annoying habits; they were then asked to write either a letter of recommendation or letter making a case for a replacement.

When later asked to repeat the original description, the volunteers’ recollections were skewed by the type of letter they had written. Their minds had shed qualities that didn’t match the first draft of their own recall and had embellished those that did.

“When we don’t remember, we make inferences,” Dr. Tversky said.

Sometimes we miss details because we weren’t paying attention, but sometimes we are concentrating too hard on something else. Nothing is as obvious as it seems.

Few experiments have demonstrated this more notably than one published in 1999 by researchers at Harvard. Participants watched a video of people dressed in either black or white passing a basketball. The subjects were told to count the number of passes made by players in white.

During the test, a woman in a gorilla suit strolled through the players. She was unnoticed by about half the people who took the test, the researchers found. Distraction is not unique to the eyes. During a meeting of the Psychonomic Society this month, Polly Dalton and colleagues at the University of London presented the audio version of the gorilla test, a 69-second recording of two men and two women preparing for a party. Almost all of the study participants instructed to listen to the women did not hear a third man repeating “I’m a gorilla” for 19 seconds midway through the conversation.

The editing of the past occurs without a person’s realizing what has been forgotten. In court, witnesses are asked to tell the truth and nothing but the truth. They think they do. Whether in a story told in a courtroom or at a dinner table, the mind is sometimes prone to blur the distinction between reality and fantasy. Brain scans taken as people “recall” something they did not actually see have many similarities to the brain dwelling on an actual memory.

“That’s one of the striking findings of the studies,” said Daniel Schacter, a psychology professor at Harvard. Whether an event is real or imagined, “many structures involved in the coding and retrieving are the same.”

All this makes sense, he said, when you consider the purpose of memory. He and his colleagues believe that memory is designed not just to keep track of what has happened, but to offer a script for something that might.

Evidence for this also comes from brain scans. Just as the “recall” of a bogus event lights up the brain’s memory centers, so does thinking about something that might occur.

Because the brain uses memories for mental dress rehearsal, we are not wired to retain every facet of an event, scientists say. We don’t have to. A general framework is all that’s necessary to keep from getting lost, or find food, or know what to do when a storm is coming.

One 1979 study asked a small group of people to pick out a penny from a series of 15 similar drawings. Less than half chose correctly, because no one needs to know whether Lincoln faces left or right to pay the cashier. Yet witnesses often are asked to remember with similar levels of precision, often about scenes and faces spotted fleetingly.

When selective attention combines with fear, “you have a very strong memory for a few details,” said Elizabeth Phelps, a psychology professor at New York University. “Emotion gives us confidence more than it gives us accuracy.”

The problem comes when witnesses bring that certainty to the entire memory. In crimes that involve a weapon, Dr. Loftus and other scientists have found that witnesses will fixate on the gun barrel or knife blade but will fail to notice other details as clearly. Yet because they so starkly remember particulars of the weapon and may have the accuracy of parts of their memory affirmed by police officers and prosecutors, witnesses carry an air of assurance into the courtroom.

“Many people think if someone is confident, they must be right,” said Dr. Loftus.

Rather than discount witnesses, researchers are trying to use their findings to make trials fairer and testimony more reliable, particularly in the case of suspect lineups, a police staple at the heart of many wrong convictions. In September, Gary Wells, a psychology professor at Iowa State University, released a new report comparing whether the accuracy of lineups improves when the possible suspects are presented to witnesses in sequence, rather than all at once in the traditional lineup.

In studies involving actual cases, Dr. Wells’s team found that the likelihood of choosing a stand-in “filler” instead of the suspect fell to 12 percent, from 18 percent, when faces were presented sequentially. The downfall of side-by-side lineups, Dr. Wells said, is that “if the real perpetrator is not in there, there is still someone who looks more like him than the others.”

Lineups also may improve when some uncertainties are made clear to witnesses and jurors. Dr. Wells and others recommend changes like making sure a witness knows the perpetrator may not be in the group, and having lineups administered by someone who does not know which photograph is the suspect.

Dr. Wells also believes witnesses should give a statement at the time of the lineup documenting how confident they are in their choice — because once the trial comes around, the witnesses will believe they were always sure.

It may be that witnesses in police stations and courtrooms are being asked the wrong question to begin with — that telling witnesses to pick out a perpetrator, or state exactly what they saw or heard, implies they really can when science suggests that they may well be unable to do so.

“My view is that people should be asked to pick out someone who looks similar to who you saw, or sounds similar to what you heard, and leave it to the jury to decide,” said Donald Thomson, a psychology professor at Deakin University in Melbourne, Australia.

Pressing witnesses with questions that appear to have precise answers enhances the likelihood that the innocent will be prosecuted and the guilty will escape, Dr. Thomson said. “It forces people to pick someone and say, ‘This is the person,’ ” he said. “Two months down the track, they go into the witness box and say they are absolutely sure.”
Posted by Mercury at 8:36 AM