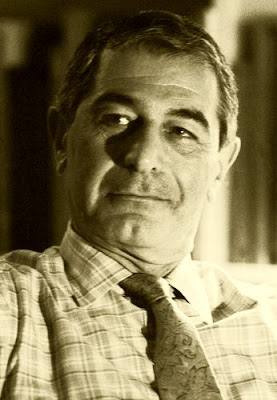 "Morris Philipson, Who Led the University of Chicago Press, Dies at 85"

The New York Times
Morris Philipson, who steered the University of Chicago Press as it became the largest and one of the nation’s most important publishers of monumental scholarly works, modern fiction and postwar European philosophy, died on Nov. 3 in Chicago. He was 85.

The cause was a heart attack, his son Nicholas said.

As the director of the Chicago Press from 1967 to 2000, Mr. Philipson drew on his own erudition and literary taste in shepherding about 200 books a year into print.

Many became staples in the personal libraries of generations of intellectually ambitious Americans, including the works, translated from French, of Claude Lévi-Strauss, Jacques Derrida and Jean-Paul Sartre; “A Dance to the Music of Time,” Anthony Powell’s 12-volume cycle of novels; and “A River Runs Through It,” the Norman Maclean novella.

He also began publishing out-of-print works of fiction from authors including André Malraux, Isak Dinesen, Henry Miller and Paul Scott, who wrote “The Raj Quartet,” the cycle of novels that begins with “The Jewel in the Crown.”

Mr. Philipson’s decision to feature modern writers was one of several innovations he introduced that helped his and other imprints through difficult times for academic publishing, once almost exclusively the domain of important but arcane scholarly works.

When public financing for research libraries began a decades-long slide in the 1970s, sharply curtailing the buying power of the publishers’ largest customers, he promoted the development of less-expensive typesetting methods, increased the number of consumer-friendly books in the catalog (“Hows and Whys of French Cooking,” by Alma Lach, published in 1974, was a best seller by university press standards, selling 20,000 copies) and boosted spending on marketing.

His decision to publish “A River Runs Through It and Other Stories” in 1976 was a gamble. In its 84-year history the Chicago Press had never published an original work of fiction, and Mr. Maclean, a retired University of Chicago English professor, was relatively unknown. Moreover, the work had been turned down by every major commercial publishing house.

But the gamble paid off. A Pulitzer Prize jury selected it as the year’s best work of fiction — though the Pulitzer board decided not to award a fiction prize that year — and Robert Redford’s Academy Award-winning 1992 movie based on the novella helped make the book a perennial money-maker.

The profitability of fiction and other less-scholarly works helped defray publishing costs for the strictly academic volumes that still account for the bulk of Chicago’s book list — like “Dartmoor’s Alluring Uplands: Transhumance and Pastoral Management in the Middle Ages,” by Harold Fox, to name an example from this year’s list.

Mr. Philipson was particularly committed to publishing landmark works, a labor-intensive and often years-long process. In 1981 he published in six volumes the personal and household correspondence of Arthur Plantagenet, the First Viscount Lisle and illegitimate but acknowledged son of Edward IV of England. “The Lisle Letters,” as the volumes are known, were a mother lode of detail about daily life among the English royals and their courtiers during the reign of Henry VIII.

Between 1981 and 1989, the Chicago Press issued Sartre’s five-volume, 2,800-page study of Flaubert, “The Family Idiot: Gustave Flaubert, 1821-1857.” In 1995 it published the Powell cycle “Dance to the Music of Time,” chronicling British intellectual life between the world wars. And in the early 1970s it began publishing “The Works of Giuseppe Verdi,” a 31-volume project that is still several years from completion.

In a 1980 interview with The New York Times, Mr. Philipson explained the difference between university publishing and the profit-making kind: “Commercial publishers must think of maximizing profit. University presses must think of minimizing losses.”

Morris Harris Philipson was born on June 23, 1926, in New Haven, the middle of three sons of Samuel and Edith Philipson. His father was a doctor.

He was an undergraduate at the University of Chicago when World War II broke out. He served in the Army Signal Corps and stayed in Paris after the war to study for a year at the Sorbonne. After completing his bachelor and master’s studies in Chicago in 1952, he pursued a doctorate in philosophy at Columbia University, where the cultural historian Jacques Barzun became a mentor, and received his Ph.D. in 1959.

After several years as a college instructor, he was an editor at Knopf, Vintage, Modern Library and Basic Books before becoming director of the Chicago Press.

Besides his son Nicholas, Mr. Philipson is survived by a daughter, Jenny; another son, Alex; and a brother, Robert. His wife, Susan, died in 1994.

Mr. Philipson wrote seven novels, all of them generally well received. In 1976 The Times described his fifth book, “The Wallpaper Fox,” about the tortured marriage of an affluent American couple, as “solid and serious.”

“What made Morris special was that he himself was a scholar, a teacher and a writer,” said John G. Ryden, who worked with Mr. Philipson for several years before moving to Yale University Press, where he was director from 1979 to 2003. “He knew what quality was.”

In the 1980 Times interview, Mr. Philipson described university publishing as nothing less than civilization’s keeper of the flame, the only outlet for the dense scholarship and grandest, often unwieldy works of the world’s intellectual giants. “The commercial publisher says of his book, ‘This is no good, but it’ll make a lot of money,’ ” he said. “The university publisher says, ‘This is good and it won’t make money.’ ”