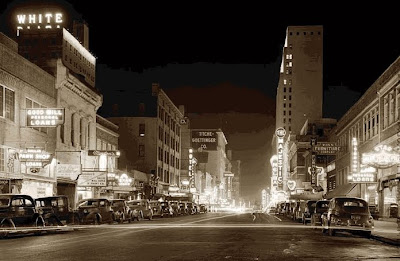 Can't time and money be spent more wisely than looking for aliens?

"Is There a City on Pluto? Before You Answer, Consider: We've Never Looked. Two Scientists Want to Change That"

Time
Before Ed Turner and Avi Loeb tell you about their research, they want to make one thing perfectly clear: they do not claim that there's a city on Pluto. But if there were one, they say, we could see it. And as they suggest in a paper they've submitted to the journal Astrobiology, it's worth taking a look, just in case.

The whole thing began a couple of years ago, when Loeb and Turner, astrophysicists at Harvard and Princeton, respectively, were at a conference in Abu Dhabi. The organizers sent them on a tour of nearby Dubai, where the guide bragged that his gleaming, ultramodern city was so brightly lit at night that from space it would outshine London, Paris or New York City.

That got the pair thinking: how far away could you see a major city on another world using existing telescopes? The question percolated for a while, until Loeb mentioned it to Freeman Dyson, the Institute for Advanced Study physicist famous for spending more time thinking outside the box than in it. (In the early 1960s, Dyson worked on the idea of a rocket propelled by atom bombs, and has suggested that astronomers look for aliens who might have enclosed their stars to trap solar energy.) Dyson was, predictably, intrigued by the question of extraterrestrial cities. "He encouraged us to write it up," says Loeb.

The city the researchers picked as a reference wasn't Dubai; it was Tokyo. "I love Tokyo," Turner admits, but that wasn't the reason for the choice. Instead, it is because the loss of the Fukushima nuclear plants in last spring's earthquake and tsunami forced major power cutbacks in Japan. As a result, there was a lot of information publicly available about how much electricity Tokyo uses for what purposes, which made its light output easy to calculate.

Unsurprisingly, there's no way you could see city lights on a planet orbiting another star. Even if aliens used a whole lot more light than we do, says Turner, the ability to detect it at such vast distances is "two or three generations of telescope away." But closer to home, you might see a glimmer. Tokyo, Turner and Loeb calculated, would be visible at the very edge of our solar system, 30 times farther out than Pluto — though it would take a long exposure on a telescope like the Hubble to see it.

Even if you spotted something suggesting a city in space, you'd still have to figure out whether the light was artificial — alien-made, in other words — or simply reflected back from the sun. One way to do that is with a spectrograph, which breaks light into a rainbow of colors; artificial light makes for a different sort of rainbow from the one sunlight produces. Again, though, that takes a powerful telescope.

But Loeb and Turner realized there was a much simpler way to do things. As Isaac Newton showed, the intensity of light drops off with the inverse of the square of distance. In plain English, this means that if you move a light source twice as far away, it becomes a fourth as bright. Move it three times as far and it becomes a ninth as bright. Many objects in the Kuiper Belt — the ring of comets and other bodies that surround the solar system — are in highly elliptical orbits, meaning they get closer and farther away as they orbit the sun. A Kuiper Belt Tokyo would get brighter and dimmer with that motion, and it would do so according to Newton's inverse-square law.

The nifty thing is, the law applies only if you're seeing light produced by the orbiting object itself. If all you're seeing is reflected sunlight, it would be much dimmer, since the light has to travel from the sun, bounce off the object, then bounce again to Earth, which doubles the Newtonian effect. If the object were to move twice as far from Earth, its light would be not four times dimmer but 16.

So all you need to do is watch Pluto and its kin for a while and see which rule their light follows. And while keeping a constant eye on them would ordinarily be a time-consuming chore, a new instrument called the Large Synoptic Survey Telescope will be coming on line by the end of the decade. Its only job will be to survey the sky every few nights with the world's most powerful light detectors. Among other things, it will note anything that changes, including stars that pulsate, stars that explode, potentially dangerous near-Earth asteroids — and Kuiper Belt objects that move and, maybe, brighten or dim in unexpected ways.

One obvious question Loeb and Turner's idea raises is, Why would aliens have lights on, if we always see the sun-facing, daylight side of Kuiper Belt objects? The answer: the sun is so faint at the edges of the solar system that any beings that evolved closer in would feel the need to supplement natural light by a lot, even at high noon. And the aliens would have to have evolved closer in because the emergence of life, as far as we know, requires liquid water. Once they had emerged and evolved, a gravitational encounter with a larger planet would have shotgunned them out to the fringes.

O.K., the fact is, it's vanishingly unlikely that there's some thriving Manhattan or Minneapolis stuck on an ice ball in the depths of the Kuiper Belt. But the same principles of reflected light that would reveal the existence of such a city can also help scientists study the size, rotation and reflectivity of other worlds. And of course, the zillion to 1 improbability of a Kuiper metropolis is not the same as absolutely ruling it out. "It's unlikely that there are cities in the Kuiper Belt, but we should not pretend we know this for sure," Turner says. "If it involves no additional resources, we should definitely [look for it]."

In that, Turner echoes the words of Philip Morrison and Giuseppe Cocconi, whose forward-looking 1960 paper in the journal Nature laid the intellectual foundation for SETI, the search for extraterrestrial intelligence. "The probability of success is difficult to estimate," they wrote. "But if we never search, the chance of success is zero."
Posted by Mercury at 12:12 PM

Email ThisBlogThis!Share to TwitterShare to FacebookShare to Pinterest
Labels: aliens, lights on other planets