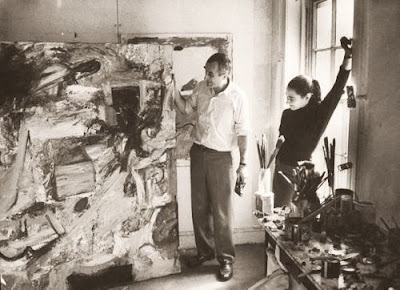 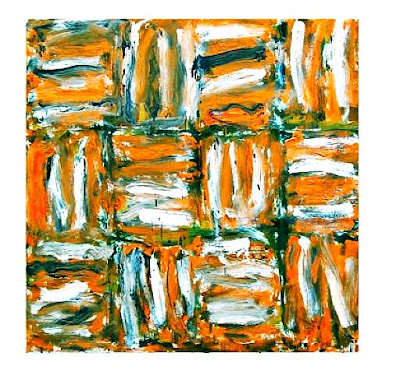 The New York Times
Pat Passlof, an Abstract Expressionist painter whose canvases vibrate with unpredictable line and thick, luminous color, died on Sunday at her home in Manhattan. She was 83.

The cause was cancer, according to the Elizabeth Harris Gallery in Chelsea, which represents her. A long-planned exhibition of Ms. Passlof’s work is scheduled to go on view at the gallery on Saturday and run through Dec. 23.

A member of the New York school of Abstract Expressionists who was less widely recognized than male colleagues like Franz Kline and Willem de Kooning, Ms. Passlof had been immersed since the 1950s in the heady, impecunious cultural ferment of Downtown Manhattan.

As a profile of her in The New York Times last month recounted, she lived and worked in a former synagogue on Forsyth Street, on the Lower East Side, which she had bought in the early 1960s and renovated almost entirely herself.

Ms. Passlof’s husband, the painter Milton Resnick, had, until his death in 2004, lived and worked in a renovated synagogue of his own, around the corner on Eldridge Street.

As Ms. Passlof told The Times, for nearly half a century there had been three of them in the marriage — he, she and art — and by mutual agreement the demands of art often trumped those of connubiality.

Ms. Passlof’s canvases are distinguished by the primacy of the brushstroke: they were sometimes so thickly worked in oils that reviewers commended their smell as well as their visual aspects.

This deliberate, dense layering of paint makes it hard for the viewer to tell what is figure and what is ground, and the constant, jockeying interplay between the two gives Ms. Passlof’s work much of its dynamism.

She was also known as a master colorist. In some paintings her palette centers on muted, desaturated earth tones; in others it exploits saturated colors from deep night blues to vibrant oranges.

To a degree, Ms. Passlof cleaved to the pure geometry the Abstract Expressionists adored. In “Eighth House,” a recent series, each painting depends crucially on sets of colored bars, organized in alternating vertical and horizontal bands like the blocks of a quilt.

But her geometry is almost always fluid and off kilter — lines disappear, reappear and go quietly askew — which lends her work a sense of buoyancy.

Patricia Passloff was born in Brunswick , Ga., on Aug. 5, 1928. She parted company with the final “f” of her surname early in her career, after she finished a painting only to discover she had left insufficient room for a full signature, her sister and only immediate survivor, Aileen Passloff, said in an interview on Tuesday.

She studied with de Kooning at Black Mountain College in North Carolina and earned a bachelor’s degree from the Cranbrook Academy of Art in Bloomfield Hills, Mich. In the late 1940s she moved to New York, where she took private instruction from de Kooning.

Ms. Passlof, who was a longtime faculty member of the College of Staten Island, has work in the collection of the Corcoran Gallery of Art in Washington and elsewhere.

Though her art was rooted in abstraction, Ms. Passlof did not shun representation. Some years ago, intent of painting the human figure, she hired a model. It was then she discovered she could not paint legs — at least not the kind that came two to a set — to her own satisfaction.

She resolved to concentrate on more-than-two-legged creatures. The result was a noteworthy, hauntingly allegorical series featuring centaurs.
Posted by Mercury at 2:31 PM