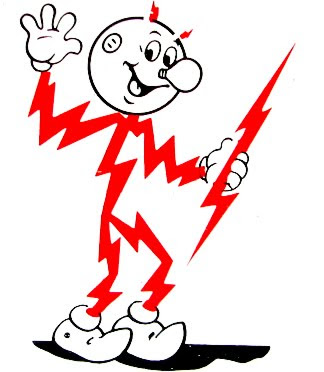 "From Edison’s Trunk, Direct Current Gets Another Look"

The New York Times
Thomas Edison and his direct current, or DC, technology lost the so-called War of the Currents to alternating current, or AC, in the 1890s after it became clear that AC was far more efficient at transmitting electricity over long distances.

Today, AC is still the standard for the electricity that comes out of our wall sockets. But DC is staging a roaring comeback in pockets of the electrical grid.

Alstom, ABB, Siemens and other conglomerates are erecting high-voltage DC grids to carry gigawatts of electricity from wind farms in remote places like western China and the North Sea to faraway cities. Companies like SAP and Facebook that operate huge data centers are using more DC to reduce waste heat. Panasonic is even talking about building eco-friendly homes that use direct current.

In a DC grid, electrons flow from a battery or power station to a home or appliance, much as water flows downhill to a lake. In AC, electrons flow back and forth between generators and appliances in a precisely synchronized manner — imagine a set of interlocking canals where water continually surges back and forth but the water level at any given point stays constant.

Direct current was the electrical transmission technology when Edison started rolling out electric wires in the 19th century. Alternating current, which operated at higher voltages, was later championed by the Edison rivals Nikola Tesla and George Westinghouse.

The AC forces won when Tesla and Westinghouse figured out how to fine-tune AC transmission so that it required far fewer power plants and copper cable.

AT&T adopted direct current for the phone system because of its inherent stability, which is part of the reason that landline phones often survive storms better than the electric grid.

And household appliances and much industrial equipment — everything from hair dryers to jet planes — are built to use DC. Embedded converters bridge the mismatch between the AC grid and the DC devices on the fly.

But those constant conversions cause power losses. For example, in conventional data centers, with hundreds of computers, electricity might be converted and “stepped down” in voltage five times before being used. All that heat must be removed by air-conditioners, which consumes more power.

In a data center redesigned to use more direct current, monthly utility bills can be cut by 10 to 20 percent, according to Trent Waterhouse, vice president of marketing for power electronics at General Electric.

“You can cut the number of power conversions in half,” Mr. Waterhouse said.

On a far smaller scale, SAP spent $128,000 retrofitting a data center at its offices in Palo Alto, Calif. The project cut its energy bills by $24,000 a year.

The revival of DC for long-distance power transmission began in 1954 when the Swedish company ASEA, a predecessor of ABB, the Swiss maker of power and automation equipment, linked the island of Gotland to mainland Sweden with high-voltage DC lines.

Over a distance of a thousand miles, an HVDC line carrying thousands of megawatts might lose 6 to 8 percent of its power, ABB said. A similar AC line might lose 12 to 25 percent.

Direct-current transmission is also better suited to handle the electricity produced by solar and wind farms, which starts out as direct current.

In most situations, solar or wind energy has to be converted, and sometimes reconverted, into AC before it can be used. With HVDC, conversions can be reduced. DC grids can also more easily manage the variable output that occurs, say, when a storm hits or the wind dies.

In the United States, the Tres Amigas power station in New Mexico will use HVDC links to connect the nation’s three primary grids — the eastern, western and Texas grids. Ideally, it will create a marketplace where customers in New York and Los Angeles will be able to buy power from wind farms in Texas, which often have to dump power because of the lack of local demand.

HVDC Light, a version of HVDC invented by ABB in 1997 that is designed for shorter distances, has started to gain popularity because its cables are coated with extruded plastic. That allows cables to be buried underground more easily, avoiding some of the land-use hearings that have delayed proposals for above-ground AC transmission lines in the United States and Europe.

Direct current is also getting more attention at the level of individual buildings.

Nextek Power Systems, for example, has developed a system for delivering power via DC to lights and motion sensors through a building’s metal frame, instead of through wires.

Paul Savage, chief executive of Nextek, based in Detroit, understands why the public might view that notion with trepidation. But he said the current was not enough to electrocute anyone.

“If you licked your fingers you might get a little bubbly feeling, like if you put a nine-volt battery on your tongue, but it is not noticeable if you’re in a non-wet environment,” he said.

Of course, AC remains by far the dominant standard for electricity, and many are dubious about “DC is better” arguments.

Hardware for HVDC and other direct-current applications is expensive, so capital costs have to be recovered through efficiency. Google, never shy about experimenting with energy-saving technologies, has veered away from DC data centers, claiming that the capital costs do not justify the switch.

Email ThisBlogThis!Share to TwitterShare to FacebookShare to Pinterest
Labels: AC and DC current