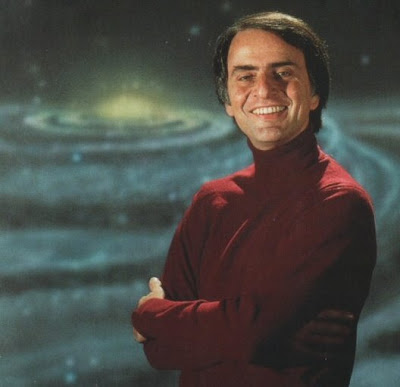 What is the underlying reason for this?

"NASA seeks next Carl Sagan - and extraterrestrial life"
by

Reuters
The National Aeronautics and Space Administration, famous for its manned missions to the moon, announced the creation of the Carl Sagan Postdoctoral Fellowships in Exoplanet Exploration on Wednesday.

The fellowship is named after the late astronomer who popularized science through his books and television appearances.

The fellows will search for life on planets outside our solar system, the so-called exoplanets, more than 300 of which have been discovered since 1994.

Many of the planets discovered orbiting distant stars are gaseous and icy giants believed unsuitable to support life. The challenge is to find Earth-like planets orbiting Sun-like stars.

That search will be aided by NASA's Kepler mission, due for launch next year, that will survey 100,000 stars looking for smaller planets.

In addition, the agency wants to attract young scientists who share Sagan's wonderment about the cosmos who will dedicate themselves to answering the question, "Are we alone?" through improved telescope technology or other means.

"Many feel it's only a matter of time before we find Earth-like planets in Earth-like orbit around solar-like stars and that such planets might be capable of sustaining life," Jon Morse, director of NASA's astrophysics division, told a news conference.

The Sagan fellowships -- $60,000 annual stipends awarded to four or five fellows per year -- are the third named after famed scientists. Others are named after Albert Einstein and Edwin Hubble.

"We're learning an enormous amount," said Charles Beichman, director of NASA's Exoplanet Science Institute. "We know the rate of star formation. Ten years ago, we didn't know about the fraction of stars with planets. Now we know ... 10 percent have Jupiters and in a few years we'll know about Earths."

"How many of those worlds have life? That's a slightly longer-term question, but is absolutely something that 21st century science can accomplish," he said.
Posted by Mercury at 7:17 AM

whether one agrees with his connection to SETI or not we all are in debt for how he pushed science into the public arena....Carl, your billions and billions are sincerely missed

Well Tim, what I was trying to suggest is that there may be an underlying philosophical reason or psychological need to determine our status in the universe...that there is life and even sentient beings or at the very least an environment that could propagate and sustain life. But why do we desire such evidence? Has religion failed to establish our uniqueness and value and selectivity? Do we wish to know that we are not alone? Do we desperately desire contact with superior life forms that may offer some salvation...that this species will not obliterate themselves or succumb to unstoppable diseases...that will put some coins in our pockets so we may survive a bit longer. Such efforts should not be sponsored by the government. Leave that to the private enterprises.

well never doubt the power of religion!! From the New Age movement to the telescope built by the Jesuits in Arizona to minds such as the Jesuit Pierre Teilhard de Chardin
religion is adept at adapting! But more so is the human spirit which seems never satisfied with one answer to a problem than it begins to ask more. I think it is more of a search for answers simply because life is begging for more explanations...otherwise we would have remained nomads sitting around campfires enthralled with flames instead of looking up and questioning....I think you and I harbor the thought humans will cease to exist before all the questions are answered....and that is OK. It has been a privilege to be an amalgamation of elements long enough to experience some of those questions being answered. Besides if I need alien contact there is always Art Bell whom I am convinced came from somewhere unknown to most men