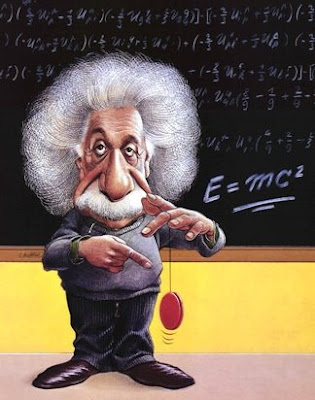 I am not sure if this is that significant for it may be a case of supporting the best of the worst. Furthermore, such approbation from the scientists will not sway that many people. The Obama science rhetoric is just that..."rhetoric". He has far too may more important issues, if elected, to address.

physicsworld.com
On the eve of the first US presidential debate, a host of Nobel Prize winners in the sciences signed an open letter to "urge" the nation to vote for the Democratic nominee, Barack Obama.

Sixty-one US Nobel laureates, including 22 who won the prize for physics, made the stand yesterday after Obama and his running mate, Joe Biden, published an 11-page policy document entitled, "Investing in America's future: Barack Obama and Joe Biden's plan for science and innovation". The plan builds on aspects of Obama's science policies that he drafted at the end of last month in response to 14 questions posed by the organization ScienceDebate 2008.

The letter signed by the laureates reads: "The country urgently needs a visionary leader who can ensure the future of our traditional strengths in science and technology and who can harness those strengths to address many of our greatest problems: energy, disease, climate change, security, and economic competitiveness."

"We are convinced that Senator Barack Obama is such a leader, and we urge you to join us in supporting him."

Phil Anderson, who shared the 1977 Nobel Prize for Physics and who was one of the signatories, told physicsworld.com that voting for Obama in November would be a "no-brainer". Referring to why he would not choose John McCain, the Republican nominee, he added: "There are too many obvious reasons to pick one. Let me name three. 1. Torture; 2. Tax cuts for the rich; 3. A [running mate, Sarah Palin] who believes in the Apocalypse and not in evolution."
Five-point plan

In their plan, Obama and Biden herald a "new era" of scientific innovation that will, in essence:

* Restore integrity to US science policy by employing a presidential assistant who is well-versed in science. This assistant will be announced quickly to "signal the importance of science" and "participate in critical early decisions". Obama also vows to pick those with "unquestioned reputations for integrity and objectivity" when appointing managers who must consider scientific advice. Moreover, he intends to establish guidelines that will guarantee scientific results "are released in a timely manner and are not distorted by ideological biases".

* Double over 10 years federal spending on basic research to better understanding "from the size of the universe to the nature of subatomic particles". The Democratic candidate criticizes current under-investment in the sciences, promising greater support for high-risk, high-return research and for young scientists. But he notes that he will specifically push multidisciplinary research because "the challenges we face, such as the transition to a low-carbon economy, cannot be addressed by researchers from any single discipline".

* Make a commitment to science and education training by boosting numbers of K-12 (primary and secondary) maths and science teachers. Obama will offer a fully refundable, $4000 credit to tempt students into college in return for 100 hours of public service. He also promises to triple graduate research fellowships from the National Science Foundation from 1000 to 3000, while striving to educate other US citizens on science through the media and internet.

* Encourage US innovation to flourish by establishing a permanent tax credit for R&D, increasing patent quality to "reduce uncertainty and wasteful litigation", and improving visa programmes to attract overseas contributors to the technology industry.

* Address the "grand challenges" of the 21st century such as developing clean, affordable energy. The Illinois senator pledges double the current spending on clean energy R&D. In addition, he wants to "restore" the Defense Advanced Research Projects Agency in supporting technological breakthroughs, in particular areas such as microsystems, nanotechnology and information technology.

Obama beat McCain by more than two weeks to answering the questions posed by ScienceDebate — an organization formed last year that tried, and failed, to persuade the presidential candidates to attend a televised debate on science policy. On Wednesday, Obama again trumped the Republican by being the only candidate to answer 18 science-related questions asked by the journal Nature.

Now the decision to put those all of those answers on a surer footing will make the Democratic hopeful appear to take the opinions of scientists seriously.


Obama responds to science questions
Posted by Mercury at 8:35 AM