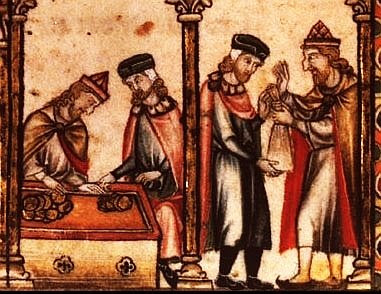 I cannot say that I approve of this not illegal but somewhat unethical relationship between universities and money lenders. It is bad enough dealing with all of the high costs of higher education and now the temptation of convenience and status and being a victim of money lender's marketing schemes.

USC receives a cut of transactions made with affinity cards, can release student information

Daily Trojan
As the nation grapples with its credit crisis, the agreements credit card companies make with universities - including USC - are highlighting the complex relationship between schools and these companies and the difficult time students can have navigating the credit game.

The deals allow banks and credit card companies to pay millions of dollars to universities in exchange for student and alumni information, exclusive rights to market on campus and access to school logos and trademarks.

USC has a similar agreement with Bank of America, which offers a USC-themed affinity card geared toward members of the USC community. In exchange for the right to use the USC name and logo, the university gets a share of the revenue generated from the card.

"There is compensation generated from the cards and their use, such as merchants who are charged fees to accept credit cards," said Elizabeth Kennedy, director of USC trademarks and licensing services.

Kennedy would not say whether USC gets a share of other fees, such as late fees or interest generated when cardholders spend beyond their means.

"[Transactions fees] are one example of a revenue stream. There are others," she said.

It is also unclear whether Bank of America paid a hefty premium for exclusive rights to the USC community.

"I can tell you that typically all the agreements USC has that use our name in products, there is some aspect of that," she said.

Kennedy stressed the card is geared toward alumni and fans, but she said Bank of America does have limited rights to market to students on campus as well as the right to request student addresses for promotional mailings.

"The affinity card is not geared toward students, but it is possible a student would sign up for a card at a football game," she said.

USC professor Raphael Bostic, an expert on fair trade and lending, explained that affinity cards are just one part of the long-term marketing strategies employed by credit card companies. But Bostic also said the deals raise questions about whether schools are encouraging students to obtain credit cards that could later land them in financial trouble.

"What credit card companies are trying to do is get students affiliated with their products early and they hope those relationships are enduring," Bostic said. "It is a question of, does this benefit the students as much as it benefits the company?"

Bank of America offers "premiums" or giveaways for students or alumni who fill out a card application. Last year's applicants received a free USC blanket. These giveaways are a point of contention for critics who say young people are easily lured by free merchandise but do not understand the risks associated with credit cards.

"They used to give out free Subway sandwiches if you signed up for a card," Chen said.

Though promotions such as these have become less visible on campus, Bank of America is still allowed to market the affinity card at events with a large alumni following - such as football games and during homecoming.

Hannah Bayer, a senior majoring in business administration, said she understands the potential pitfalls that can occur if credit is misused. Last year she found herself low on spending money during the last week of school and decided to use her credit card to charge things she would normally have paid for with cash.

"Once I started spending money that I didn't have instead of spending like I would have, I would spend $5 or $10 here or there and pretty soon I owed $100."

Bayer was also forced to rely on her credit card when her identity was stolen. She used her card to buy necessities until the bank could sort out the charges on her debit card.

"I had to use my credit card after my identity got stolen. In that sense it helped me," she said.

Credit can help college students build up their credit score, said Lynn Strang, vice president for American Financial Services Association, a trade association that represents the interests of major credit card companies in Washington, D.C. But Strang also warned students to be careful about incurring bad credit so early in their financial careers.

"Once you get out of school, you are going to need a car and you may want to buy a house and take out a loan," she said. "Having access to credit as a young adult is an opportunity to establish a credit history and prove you can handle credit responsibly."

She does, however, advise students to be aware of their spending habits and recommends young adults keep a close eye on their credit score.

"If somebody files for bankruptcy, it can stay on your credit history for ten years. If it is other negative information it can stay on there for several years. If [the information] is accurate the only thing that is going to clear it up is time," Strang said.
Posted by Mercury at 11:16 AM

Well Tim, it is a sad state of affairs...this business of higher educational institutions becoming an arm of the financial industry. But alas the wheels of commerce are getting larger and larger. The dollar just isn't worth very much at all. I realize that we went to college during the dark ages when tuition was inexpensive, one could buy a whole semester of books for fifty bucks, and summer jobs were plentiful and paid well enough to cover expenses. Beer was $1.25 a pitcher...and divided by four. And it has only been about 40 years. Extrapolate on that idea and think what the dollar will be worth in another 40 years. It is actually a complex situation where many universities are clawing for government and private enterprise grants and specialized funding to garner money and prestige. Will it ever end...NO.