Drawing a perspective on the LHC 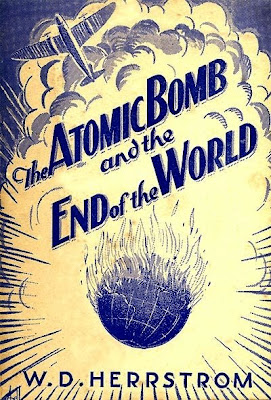 The insights into the universe which the Large Hadron Collider will reveal have significance far beyond physics. They are a celebration of human curiosity

Timesonline
Among the defining features of the human animal is a unique capacity for contemplation. Alone of the millions of species that exist on this planet, Homo sapiens has the ability to ask questions about our existence. We wish to understand not only the world around us, but also its origins. We are innately curious beings.

This intellectual curiosity is the foundation of philosophy and religion, art and science. It has raised great monuments across the globe, from the Pyramids to the Taj Mahal, the Library of Alexandria to St Peter's and St Paul's. And its latest temple is a 17-mile circular tunnel beneath the Jura mountains of Switzerland.

The Large Hadron Collider (LHC), which opens on Wednesday at the CERN physics laboratory, is an extraordinary feat of engineering. The world's most powerful particle accelerator, it will fire streams of protons against each other at close to the speed of light. These collisions will re-create conditions that last existed in the first instants of time, just fractions of seconds after the big bang. The sub-atomic debris they throw off should answer many of the riddles of creation.

Why does matter have mass, allowing it to form stars, planets and people? What makes up the extraordinarily large proportion of the Universe that is known to exist, but cannot be seen? How many dimensions are there? How is nature put together?

The LHC will start to tell us soon. For those of us who have religious faith, it will suggest the tools with which the Creator chose to fashion us. For those of us with none, it will better reveal how, if not why, the void gave way to the cosmos.

The price of this understanding will be north of £3.5 billion, and to some, that is too much to pay for the luxury of knowledge. The LHC might explain quark-gluon plasma and the Higgs boson, but it will not cure cancer or solve global warming. What is in it for taxpayers who must pick up the tab for science's gigantic new toy?

The charge that the LHC will have no immediate practical payoff is a fair one; indeed, it is not disputed by CERN's physicists. Yet it misunderstands how science and technology progress. Great advances do not, on the whole, emerge to order. When governments attempt to channel research in particular directions, they fail, as with Richard Nixon's "war on cancer".

Discoveries that change the world more often take a different route. They happen when clever men and women are free to follow their intellectual interests as they choose. Their insights can then be exploited by others. When James Clerk Maxwell developed the equations that describe electro-magnetism in the 19th century, he was not seeking to invent electronics and computers. Francis Crick and James Watson did not discover the double helix of DNA by trying to develop molecular cancer drugs or herbicide-tolerant crops. These technologies have grown out of basic, blue-skies research.

We do not yet know what applications the LHC's discoveries may bring. But even in the unlikely event that they find none, no protons will have been smashed in vain. For the pursuit of pure knowledge for its own sake is in itself worthwhile. In pushing back the barriers of ignorance, it adds to our freedom of spirit. It inspires and delights, no less than Beethoven's symphonies or Titian's paintings. It is a celebration of what it means to be human.

When Congress asked Robert Wilson, the first director of America's Fermilab accelerator complex, about its military potential, he replied: "It has nothing to do directly with defending our country, except to make it worth defending." The LHC has similar value. There is no more profound human instinct than wanting to know, and a world that encourages it will be a better one.
Posted by Mercury at 6:31 AM