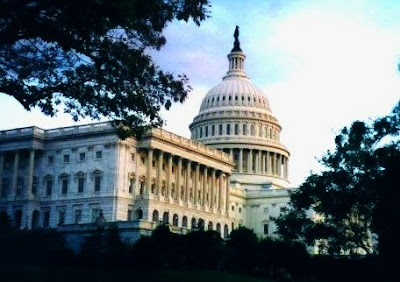 And so Congress has doubts and wishes answers too.

The New York Times
A month after the F.B.I. declared that an Army scientist was the anthrax killer, leading members of Congress are demanding more information about the seven-year investigation, saying they do not think the bureau has proved its case.

In a letter sent Friday to Robert S. Mueller III, the director of the Federal Bureau of Investigation, Democratic leaders of the House Judiciary Committee said that "important and lingering questions remain that are crucial for you to address, especially since there will never be a trial to examine the facts of the case."

The scientist, Bruce E. Ivins, committed suicide in July, and Mr. Mueller is likely to face demands for additional answers about the anthrax case when he appears before the House and Senate Judiciary Committees on Sept. 16 and 17.

"My conclusion at this point is that it’s very much an open matter," Senator Arlen Specter of Pennsylvania, the top Republican on the Senate committee, said of the strength of the case against Dr. Ivins, a microbiologist at the Army's biodefense laboratory who worked on anthrax vaccines. "There are some very serious questions that have yet to be answered and need to be made public."

Bureau officials say they are certain they have solved the nation's first major bioterrorism attack, in which anthrax-laced letters killed five people, after a long and troubled investigation that by several measures was the most complex in the bureau's history.

But in interviews last week, two dozen bioterrorism experts, veteran investigators and members of Congress expressed doubts about the bureau’s conclusions. Some called for an independent review of the case to reassure the public and assess policies on the handling of dangerous pathogens like anthrax.

Meanwhile, new details of the investigation, revealed in recent interviews, raised questions about when the bureau focused on Dr. Ivins as the likely perpetrator and how solid its evidence was.

In April 2007, after the mailed anthrax was genetically linked to Dr. Ivins's laboratory and after he was questioned about late-night work in the laboratory before the letters were mailed, prosecutors sent Dr. Ivins a formal letter saying he was "not a target" of the investigation. And only a week before Dr. Ivins died did agents first take a mouth swab to collect a DNA sample, officials said.

Justice Department officials, who said in early August that the investigation was likely to be closed formally within days or weeks, now say it is likely to remain open for three to six more months. In the meantime, agents are continuing to conduct interviews with acquaintances of Dr. Ivins and are examining computers he used, seeking information that could strengthen the case.

But bureau and Justice Department officials insist that the delay, which they say is necessary to tie up loose ends in a complex investigation, reflects no doubts about their ultimate verdict. "People feel just as strongly as they did a month ago that this was the guy," said a department official who spoke on the condition of anonymity.

Even the strongest skeptics acknowledged that the bureau had raised troubling questions about Dr. Ivins’s mental health and had made a strong scientific case linking the mailed anthrax to a supply in his laboratory.

But they said the bureau's piecemeal release of information, in search warrant affidavits and in briefings for reporters and Congress, had left significant gaps in the trail that led to Dr. Ivins and had failed to explain how investigators ruled out at least 100 other people who the bureau acknowledged had access to the same flasks of anthrax.

In interviews, F.B.I. officials said they knew their findings would face intense scrutiny after the bureau admitted that for years it had pursued the wrong man, Steven J. Hatfill, whom the government paid $4.6 million in June to settle a lawsuit that accused the government of leaking information about him to the news media.

Officials also acknowledged that they did not have a single, definitive piece of evidence indisputably proving that Dr. Ivins mailed the letters — no confession, no trace of his DNA on the letters, no security camera recording the mailings in Princeton, N.J.

But they said the case consisted of a powerfully persuasive accumulation of incriminating details. Dr. Vahid Majidi, head of the F.B.I.’s weapons of mass destruction directorate, said the accumulation of evidence against Dr. Ivins was overwhelming: his oversight of the anthrax supply, his night hours, his mental problems and his habit of driving to far-off locations at night to mail anonymous packages.

"Who had the means, motive and opportunity?" said John Miller, assistant F.B.I. director for public affairs. "Some potential suspects may have had one, some had two, but on the cumulative scale, Dr. Ivins had many more of these elements than any other potential suspect."

Mr. Miller said the bureau ultimately planned to release much more information from its investigative files, including notes of F.B.I. interviews with Dr. Ivins and other suspects and witnesses and surveillance logs detailing his movements and actions. But those disclosures, requiring a detailed review to remove private and classified information, are likely to be months away.

Mr. Mueller, the F.B.I. director, is likely to face tough questions at next week's scheduled oversight hearings, not just about the case against Dr. Ivins but about the prolonged pursuit of Dr. Hatfill. Senator Charles E. Grassley, an Iowa Republican and frequent critic of the bureau, said he was frustrated by the delay in closing the case and answering questions.

"If the case is solved, why isn’t it solved?" Mr. Grassley asked. "It's all very suspicious, and you wonder whether or not the F.B.I. doesn’t have something to cover up and that they don’t want to come clean."

Investigators have not reviewed three boxes of papers left by Dr. Ivins marked for the attention of his lawyer, Paul F. Kemp, because the records must first be reviewed to see whether they should be kept confidential under attorney-client privilege, Mr. Kemp said. A government lawyer not involved in the investigation will soon review the papers with Mr. Kemp, who said some might be given to investigators or made public.

What is clear is that the disclosures have not closed the matter.

"They took their shot," said Representative Rush D. Holt, a Democrat who holds a doctorate in physics and has followed the case closely because the letters were mailed in his New Jersey district. "They hoped and maybe believed that the case they laid out would persuade everyone. I think they’re probably surprised by the level of skepticism."

Many scientists who have tracked the case, too, have found the evidence less than decisive.

"For a lot of the scientific community, the word would be agnostic," said Dr. Thomas V. Inglesby, an expert on bioterrorism at the Center for Biosecurity of the University of Pittsburgh Medical Center. "They still don't feel they have enough information to judge whether the case has been solved."

Mr. Holt and Dr. Inglesby were among a number of outsiders who said that only an independent review of the investigation and the evidence against Dr. Ivins — either by Congress or a commission like the one that investigated the Sept. 11 attacks — could give the public confidence that the case was over.

Dr. Ralph R. Frerichs, an epidemiologist at the University of California, Los Angeles who has created a Web site detailing the anthrax case, said that such a review was critical to establishing how the lethal powder was made.

"There's no clarity on the simplest aspect: is this hard to do or easy to do?" Dr. Frerichs said. If the powder could be made with basic laboratory equipment and no sophisticated additives, as the bureau maintains, laboratory security and background checks for workers may have to be tightened, he said.

"Despite the F.B.I.'s scientific and circumstantial evidence, I and many of Dr. Ivins's former colleagues don’t believe he did it and don't believe the spore preparations were made at Detrick," said Dr. Gerry Andrews, a microbiologist who worked at the Army laboratory for nine years and was Dr. Ivins's boss for part of that time.

Laboratory records obtained by The New York Times show that the anthrax supply labeled RMR-1029, which the F.B.I. linked to the attacks, was stored in 1997 not in Dr. Ivins’s laboratory, in Building 1425, but in the adjacent Building 1412. Former colleagues said that its storage in both buildings at different times from 1997 to 2001 might mean that the bureau’s estimate of 100 people with physical access to it was two or three times too low.

Some microbiologists question the time records documenting Dr. Ivins's night hours, pointing out that one F.B.I. affidavit said he was in the secure part of the laboratory for exactly 2 hours and 15 minutes three nights in a row — an unlikely coincidence that they said raised questions about the accuracy of the records.

Confusion remains about silicon found in the mailed powder. Some F.B.I. critics say it shows that there was a sophisticated additive that might point away from Fort Detrick as a source, but the bureau concluded that it was merely an accident of the way the anthrax was grown.

Dr. Majidi said that many technical details would be cleared up by the papers published by bureau scientists and consultants over the next year or more. "It's the collective body of evidence that’s really strong," Dr. Majidi said.

Without witnesses or forensic experts linking the killings directly to Dr. Ivins, the Justice Department's public case against him relies largely on "opportunity evidence," said Robert J. Cleary, the lead prosecutor a decade ago in the Unabomber attacks.

"What prosecutors have to do to persuade the public that this was the guy is to show the uniqueness of the strain of anthrax and to eliminate everyone else who had opportunity and access to it." That, Mr. Cleary said, "is a challenge."


FBI's methodology in the anthrax case