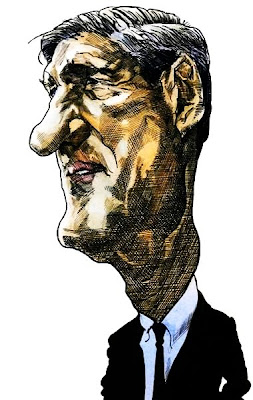 Kerry Waghorn
It still isn't clear and suspicion of FBI tactics will remain.

Mueller, in his first appearance before Congress since Ivins was publicly identified last month as the lone attacker, also said the National Academy of Sciences is conducting an independent review of the FBI investigation.

Some congressional leaders have raised questions about the FBI's conclusions in the case against Ivins, who committed suicide in July as federal investigators built their case against him.

House Judiciary Committee Chairman John Conyers, D-Mich., publicly rebuked Mueller on Tuesday for what Conyers called a belated response to the committee's requests for additional information about the case and about the government's plans to expand the FBI's authority in national security investigations.

"When are we going to get some straight answers?" Conyers asked Mueller. "These are serious and important questions."

Mueller later told the panel that investigators had made a "clear identification," tracing the deadly anthrax contained in a series of letters to the substance found in a vial controlled by Ivins, an anthrax scientist at the U.S. Army Medical Research Institute of Infectious Diseases at Fort Detrick in Frederick, Md.

The FBI director said investigators "eliminated every other person" who might have had the skills to produce the material.

Tom Daschle, one of two U.S. senators targeted in the attacks, has described the bureau's inquiry implicating Ivins as "complete and persuasive." Paul Kemp, Ivins' attorney, says the scientist was innocent.

Mueller is likely to face additional questions today in Senate testimony about new Justice Department guidelines that would allow FBI agents to conduct surveillance and interviews and use other methods without specific suspicions or suspects.

"These new guidelines open the door to using race and ethnicity in the name of national security," ACLU Executive Director Anthony Romero said. Mueller says the additional powers are needed to combat terrorism.


Congress desires answers from FBI on anthrax case
Posted by Mercury at 5:20 AM