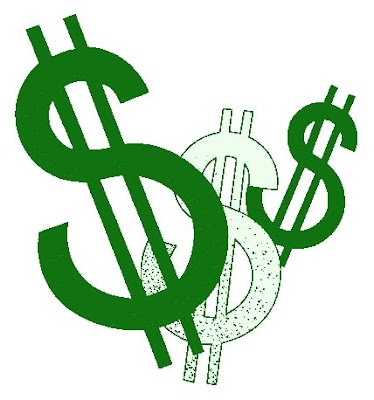 It's not illegal but certainly encompasses ethics as colleges and universities find creative ways to garner more money when there is a regulated cap on tuition fees--the "F" word.

Time
Faced with rising costs, decreased funding and laws in many states designed to keep public universities from hiking up tuition, many state school systems are making up for budget shortfalls by tacking on fees for everything from "technology" to "energy." In some cases, these fees amount to several times a school's base tuition. Meanwhile, the average cost to attend a public school increased 47% between 2000 and 2007 (adjusted for inflation) according to the College Board, a non-profit that studies education costs and owns the SAT. State politicians are so eager to tout low-cost higher education that "tuition" has become a dirty word. The F-word, on the other hand — fees — has become a go-to charge for public universities strapped for cash.

The 2006-07 school year marked the first time fee increases outpaced tuition hikes, according to the College Board. Fees were up 8% and tuition 6% in 2007-08 compared to the previous year. Why the fee frenzy? State legislatures across the country have instituted strict limits on tuition increases and require arduous bureaucratic and political procedures to change them. With financing for public universities on the decline since the 1980s, "everybody got very interested in what they could do to affect revenues, and fees undoubtedly turned out to be one of the measures they could control," says David Brenaman, an economics professor at the University of Virginia who studies college financing. "There is a kind of circumvention of what was intended here."

In Oregon, so many extras had been tacked on over the years that in 2007, fees added as much as 40% to the cost of tuition. When campuses saw their energy bills go up, students were charged a fee. When classrooms had to be wired for new technologies, students were charged a fee. "There were some that were one-time things that ended up staying a little bit longer," concedes Diane Saunders, director of communications for the Oregon University System. These covert tuition hikes did not go unnoticed. The Oregon Student Association, which represents pupils at the state's seven public colleges, protested the hefty fees, arguing that they decreased transparency in the system and penalized students whose financial aid packages only covered tuition. In June, the system announced that mandatory fees would be rolled into tuition "so families know what they're facing up front and so students know what they're facing up front," says Saunders, who credits the students for being "co-advocates" with the Oregon University System that is constantly lobbying the state legislature for more funding.

In addition to getting around tuition caps, fees are also a way for universities to keep money they collect from being absorbed into overall state budgets. (Tuition is often treated like tax revenue and goes directly into state coffers.) This is the case at the University of Massachusetts, where fees across the four-campus system have increased so consistently that they are now about four times the cost of tuition, which has remained at the same level since 1999. This semester, at the University of Massachusetts Amherst, in-state undergraduates are paying $857 in tuition, plus a $675 "service fee," $47 in "activities fees," a $327 "basic health fee," and a whopping "$3,209.50 "curriculum fee." Other fees that can be charged include an "undergraduate entering fee" of $185, a "freshman counseling fee" of $175 and a $102 "telecommunications fee." Eileen O'Connor, communications and external affairs director for the Massachusetts Department of Higher Education, says the massive fee charges "are really a result of the colleges being under-funded over time." This is the case in scores of states where deficits, overdue budgets and cuts to education spending have become the norm. "When the college don't receive funds sufficient to operate at a certain level of quality, they have to raise fees," says O'Connor.

In a striking acknowledgment of just how much state schools are getting squeezed, the Florida legislature last year passed a bill allowing its biggest research universities to charge what it calls "differential tuition," which is not covered by the state's Bright Futures scholarships. The incredibly generous scholarship program, funded by the Florida lottery, offers awards covering between 75% and 100% of an in-state public education to about 40% of Florida's high school graduates. (Yep, that's right. Now pick your jaw up and keep reading.) This means any increase in fees and tuition gobbles up more lottery revenues. This is part of the reason why, for the first time since Bright Futures was implemented in 1997, students entering five of Florida's public colleges this fall will be charged a different amount than the base tuition set by the state. For example, at the University of Central Florida, the largest in the state's system, Bright Futures students this year have to pay 3% more — roughly $250 — to help bridge the school's $11 million budget shortfall.

"Students are going to have to come up with more funding," admits the program's administrator, Theresa Antworth, noting that Bright Futures disbursements have grown substantially over the years — from $70 million in the program's first year to $347 million in the 2006-07 year, the most recent data available. But Antworth declines to speculate on whether the idea of differential tuition is a good one. "Those are the decisions that our lawmakers make," she says.

With no state politician likely to campaign on a platform of dramatically increasing school tuitions, fees will continue to fill in the gaps. And as high oil prices continue to drive up the cost of energy and transportation — to name just two big-ticket items in any university budget — students are advised to read their bills carefully. And don't forget to factor in the F-word.
Posted by Mercury at 5:40 AM