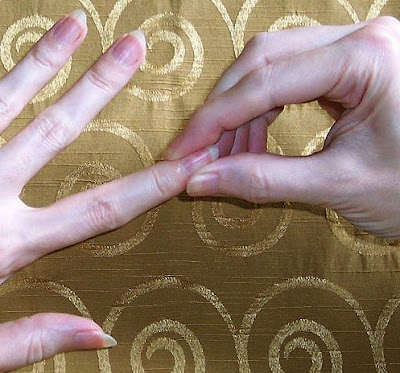 Pinching validates existence...
I pinched myself...
Therefore, I exist
The LHC was successful today but understand that this was just a linear experiment and that particle collisions won't occur until next month.

PhysOrg.com
Particle physicists were jubilant on Wednesday after the long-awaited startup of a mega-machine designed to expose secrets of the cosmos passed its first test with flying colours.

Cheers, applause and the pop of a champagne cork -- rather than the cataclysmic suck of a black hole, as doomsayers had feared -- marked the breakthrough at the European Organisation for Nuclear Research (CERN).

Robert Aymar, the organisation's director general, hailed it as a "historic day" for CERN and mankind's thirst for knowledge.

The mission aims at resolving some of the greatest enigmas in physics: whether a so-called "God particle" exists that would account for the nature of mass; an explanation for "dark matter" and "dark energy" that account for 96 percent of the cosmos; and whether other dimensions exist in parallel to our own.

In a 27-kilometre (16.9-mile) circular tunnel on the Swiss-French border, parallel beams of protons will be accelerated to nearly the speed of light.

Superconducting magnets will then steer the counter-rotating beams so that strings of protons smash together in four huge laboratories, fleetingly replicating the conditions that prevailed at the "Big Bang" that created the Universe 13.7 billion years ago.

Arrays of detectors will trace the sub-atomic rubble spewed out from the collision, looking for signatures of novel particles.

CERN scientists have dismissed fears that the process could create a "black hole" whose super-gravity would swallow the Earth.

Wednesday's startup marked the start of a long and cautious commissioning process to check equipment and operational procedures before these collisions can get underway.

The first batch of protons was halted, sector by sector, to verify that monitoring systems and the steering magnets were working properly. Their speed was purposely slowed for the inspection process.

The clockwise beam completed this first test lap in under an hour, causing an eruption of joy and an outbreak of bubbly in the control room.

"No-one would have imagined that this could have been done in less than an hour. It's phenomonenal, quite unbelievable," an operator told AFP. "We are very happy and proud."

By comparison, the predecessor to the LHC at CERN, the Large Electron Positron (LEP) collider, took 12 hours to achieve the same goal.

A test of the anticlockwise beam would take place later on Wednesday, scientists said.

LHC Project Leader Lyn Evans, who has been working on the collider for 14 years, said he felt a wave of relief after the protons had completed their first lap so smoothly.

"It's a machine of enormous complexity and things can go wrong at any time," he said.

Messages of congratulations flooded in from CERN's partners and rivals, including the legendary Fermilab particle physics lab near Chicago.

The LHC took nearly 20 years to complete and at six billion Swiss francs (3.76 billion euros, 5.46 billion dollars) is one of the costliest and most complex scientific experiments ever attempted.

When all is ready, the LHC will whizz two parallel beams, one clockwise and the other anticlockwise, around the tunnel at up to 11,000 laps per second before steering them into collisions into four chambers whose walls are swathed with detectors.

The first collisions are likely to start in several weeks, but only next year will the LHC be cranked up to its full capacity of 14 teraelectronvolts -- a massive amount of energy -- or seven times the record held by Fermilab.

Over the 10-15 years in which will the LHC will operate, masses of data will spew from these collisions and will be scrutinised by physicists around the world.

"It's about acquiring knowledge for humanity about the behaviour of fundamental matter," physicist Daniel Denegri told AFP. "We expect to make discoveries that could be rather spectacular."

The Holy Grail will be finding a theorised component called the Higgs Boson, which would explain how particles acquire mass. Believed to be ubiquitous -- yet also frustratingly elusive until now -- the Higgs has been dubbed the "God particle."

The giant machine was several times over its initial budget and began operations two years late.

Before the startup, Internet-driven rumours said the LHC would create black holes or a nasty hypothetical particle called a strangelet that would gobble up the planet.

CERN commissioned a panel to verify its safety calculations and France also carried out its own assessment.

Drawing a perspective on the LHC

"Fear and trembling"...of the unknown

Kate McAlpine raps about the LHC

Still fussing in the courts about the LHC