Still fussing in the courts about the LHC 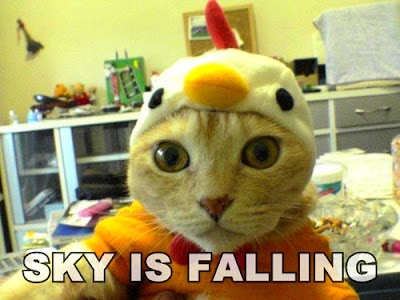 ENOUGH! If the naysayers are correct, then there won't be anyone around to point a finger and say "We told you so". But then, will the naysayers assume any responsibility for anxiety for some, waisted court time, and maybe some bad science if nothing disastrous occurs? Should the likes of the Spanish Inquisition experts re-oil the rack and get the coals glowing? Let's enjoy the "spirit" of adventure.

MSNBC.com
Critics who say the world's largest atom-smasher could destroy the world have brought their claims to courtrooms in Europe and the United States - and although the claims are likely to get further consideration, neither court will hold up next week's official startup of the Large Hadron Collider.

The main event is taking place today in Honolulu, where a federal judge is mulling over the federal government's request to throw out a civil lawsuit filed by retired nuclear safety officer Walter Wagner and Spanish science writer Luis Sancho.

Meanwhile, legal action is pending as well at the European Court of Human Rights in Strasbourg, France. Last week, the court agreed to review doomsday claims from a group of professors and students, primarily from Germany and Austria. However, the court rejected a call for the immediate halt of operations at the LHC.

What it's all about

In the U.S. as well as the European lawsuit, the plaintiffs claim that those involved in the particle collider's operation have not adequately addressed the idea that the LHC could create globe-gobbling microscopic black holes or other catastrophes such as matter-wrecking strangelets or magnetic monopoles. They're calling for further safety reviews to be conducted.

The defendants - including the U.S. Department of Energy as well as Europe's CERN particle-physics center - say such fears already have been knocked down in a series of safety reports. The reports, drawn up by leading researchers in high-energy physics, note that cosmic-ray collisions are many times more energetic and prevalent than the collisions expected at the LHC. If the LHC were capable of creating cosmic catastrophes, they would already have been seen many times over in the wider universe, even in the unlikeliest circumstances, the researchers say.

Past "big-bang machines" have faced similar legal challenges, but the worries are emerging anew because the LHC will smash protons together at energies seven times higher than the current world record, held by the Tevatron at Fermilab in Illinois.

Physicists hope to gain new insights into mysteries of the universe ranging from dark matter to supersymmetric particles. The main quarry is an as-yet-undetected subatomic particle called the Higgs boson, also known as the "God Particle." The Higgs boson is the only fundamental particle predicted by current theory that has not yet been found. If it does not exist, that would add weight to alternative theories that depend on extra dimensions of space-time.

Theorists say the LHC could create microscopic black holes - or, more accurately, subatomic knots of ultra-concentrated energy - only if there are extra dimensions. Current theory also dictates that these knots would unravel instantly. The LHC's critics take issue with that particular claim.

In any case, the collider won't be in a position to create any type of black hole for months. The scheduled Sept. 10 turn-on would circulate only one beam of protons around the LHC's 17-mile-round ring at low energy. The first low-energy collisions won't occur until at least a month from now, and the device won't achieve its top collision energy until next year. That's why the courts are not rushing to rule on the critics' claims.

What's up in court

Both sides in the federal lawsuit contributed to a flurry of filings in the days before today's hearing in District Judge Helen Gillmor's Honolulu courtroom.

The federal government's attorneys, representing the Energy Department, want Gillmor to dismiss the suit or render a summary judgment against Wagner and Sancho - on the grounds that the suit's outcome won't affect operations at the European collider, and that the plaintiffs missed their deadlines for legal filings.

In response, the plaintiffs insisted that their challenge was timely and said the defendants' past assurances did not ease their concerns about the safety issues. They called for the case to continue toward trial, with a tentative date of June 2009 already scheduled.

In the next legal volley, Bruce Strauss, who was the Energy Department's associate program manager for the LHC construction project, takes aim at Wagner's credentials as well as his arguments. Strauss wrote that assessing the LHC's safety would "require competency in the field of high-energy physics, not health physics or nuclear medicine." Strauss also questioned Wagner's claims about his role in research, citing recent searches of scientific literature.

Strauss said that the federal lawsuit would have no effect on LHC operations because the federal role in building the collider ended a while ago. He said federal funds were now slated to go only toward supporting research activities at the LHC, to the tune of $10 million a month.

On the safety issue, Strauss said CERN's recent report, which was reviewed by outside experts, covered all the realistic scenarios for out-of-control black holes as well as the other doomsday scenarios - and he pointed out that experts at the American Physical Society recently endorsed the report's conclusions. Two Nobel laureates (Sheldon Glashow and Frank Wilczek) as well as a prominent Harvard physicist (Richard Wilson) have also taken the government's side as friends of the court.

Wagner responded to the government's filing just before today's hearing with another round of documents. He contended that the LHC would search for strangelets, insisted that the safety reports were insufficient and complained about Strauss' "ad hominem" attacks - while adding a little hominem of his own. For example, Wagner said Strauss once was searching for evidence of magnetic monopoles himself and was "apparently rankled that my work was successful, while his was not."

If this sounds to you like a blizzard of documents, you're not alone. At today's hearing, Judge Gillmor took both sides to task for filing so many disjointed documents and for failing to follow the local rules of the court, Justice Department spokesman Andrew Ames told me. (I've left a phone message with Wagner to get his side of the story.)

Gillmor took the case under advisement and will decide whether or not to dismiss the case at a later, not-yet-determined time. If the case goes forward, the next step would be to consider the plaintiffs' requests for a preliminary injunction against LHC operations as well as for a summary judgment against CERN.

Will the judge weather yet another storm of paperwork? Maybe not. "She doesn't want any more filings without her permission," Ames told me.

Past chapters in the doomsday saga: