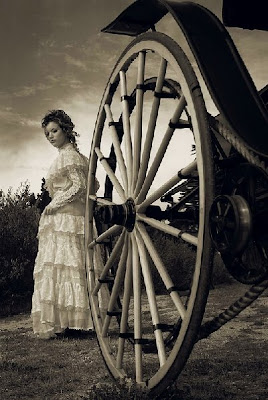 Despite the "doomsday" rhetoric the technological possibilities from LHC science are much larger as well as obtaining a better cosmological understanding of the universe.

National Geographic News
A multibillion-dollar atom smasher on the Franco-Swiss border may help scientists treat diseases, improve the Internet, and open the door to travel through extra dimensions, according to physicists.

On Wednesday scientists cheered and champagne flowed as the first beam of protons lapped around the Large Hadron Collider's (LHC) 17-mile (27-kilometer) underground tunnel at the European Organization for Nuclear Research.

The collider, the world's largest particle accelerator, was designed to solve big mysteries in science, such as the nature of dark matter and what the universe was like just after the big bang.

The massive machine could also lead to medical and technological advances, some experts argue.

Such potential breakthroughs are often an "ancillary benefit" of big science projects like the LHC, said Lawrence Krauss, a theoretical physicist and author at Arizona State University in Tempe.

Still, Krauss said, these benefits are a misguided way to justify building the atom smasher.

"It's like trying to argue that manned space missions were useful for Tang," he said, referring to the powdered drink mix popularized in U.S. households by NASA in the 1960s.

"Our job as scientists is to explain that these esoteric things [such as dark matter] are not completely unrelated to humanity," he added. "Ultimately, we address the questions of how we got here and what we're made of."

In the months ahead, scientists will use the LHC to ramp up opposing proton beams to nearly light speed and smash particles together, breaking them into smaller components.

Monstrous detectors will pore through the detritus, helping scientists examine the conditions of the very early universe.

The computer network set up to process the mountains of data generated by each collision is already inspiring spin-offs, noted Andy Parker, a professor of high energy physics at Cambridge University in the United Kingdom, who helped design the grid system.

Parker is also involved with a Cambridge-based company that is using the grid technology, which links together thousands of computers, to better index images on the Internet.

Such a system determines the task to be done, the processing power required, checks for availability, sends the task out, gets it done, and ships it back to the scientist—all while the person sits at a desk.

"I don't have to do anything to achieve [all] that," Parker said.

Technologies developed for earlier atom smashers—such as the Relativistic Heavy Ion Collider that booted up in New York in 2000 and the Fermilab Tevatron started in 1987 in Illinois—are today ingrained in mainstream society, Parker noted.

Positron emission tomography (PET) scans, for example, are common at most major hospitals to make images of the insides of patients' bodies, often to look for cancerous tumors.

The technique stems from general studies of antimatter and the use of particle detectors, Parker said.

And more medical professionals are turning to proton beams similar to those used in the LHC to blast away tumors deep inside bodies.

"What you can do there is send a beam of protons into the patient, which does essentially no damage at all to the tissues on the way in," Parker explained.

"All the damage is done at the point where the protons stop. And by tuning the energy of the protons, you can make them stop inside the tumor."

As scientists working with the LHC learn to better focus and control proton beams, the improvements will likely trickle down to the medical profession, he added.

Future spin-offs from the LHC are less certain.

"We don't know what we're going to find out," Parker said.

Though admittedly far-fetched, one sexy idea is that the LHC may find extra dimensions of space/time. If so, the discovery could open the door to technologies that allow people to travel faster than the speed of light.

In a sense, Parker explained, scientists may discover an ability to move chunks of space-time from one place to another through those extra dimensions, effectively bypassing the known laws of physics.

"If you went to the 23rd century and there were people flying around faster than the speed of light, you would say, What is it you found out that enabled you to do this?" Parker said.

"And the answer might be, It all started when we discovered there were these extra dimensions."

Krauss, of Arizona State University, said that even without such advances, curiosity-driven research is fundamental to maintaining our current standard of living for generations into the future.

"It will help create innovation and enhance the economic future of our children in ways that we don't know," he said, adding that the chance to work with machines such as the LHC often attracts students to the sciences.

Krauss added that the big science questions being probed with the LHC are also personally relevant and practical for all members of society.

He explained that just as people are made of stardust, the origins of those particles in stardust stretch back to the beginning of the universe.

"If it all works out, you'll get a better understanding of what you're doing here," he said. "And, to me, that is the greatest benefit of science."
Posted by Mercury at 6:35 AM