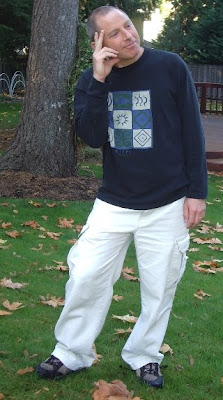 The New York Times
Oded Schramm, who melded ideas from two branches of mathematics into an equation that applies to a multitude of physics problems from the percolation of water through rocks to the tangling of polymers, died Sept. 1 in a fall at Guye Peak near Snoqualmie Pass in Washington State. He was 46.

The death of Dr. Schramm, an avid and experienced hiker, was confirmed by the King County Sheriff's Department. His wife, Avivit, had reported him missing on the evening of Sept. 1 when he did not return as planned. His body was found the next morning.

Dr. Schramm's equation analyzes behavior in two-dimensional systems near "phase transitions" when order suddenly appears out of disorder, like tiny magnets that suddenly line up in the same direction. Physicists had worked out rough answers to the problems, but Dr. Schramm was able to provide rigorous, exact calculations.

"It was a revelation to both mathematicians and physicists," Jennifer Tour Chayes, who hired Dr. Schramm for Microsoft Research’s theory group in 1999, said of Dr. Schramm's insights.

For that work, published in 2000, Dr. Schramm received an array of accolades and prizes. If Dr. Schramm had been born three weeks and a day later, he would almost certainly have been one of the winners of the Fields Medal, perhaps the highest honor in mathematics, in 2002.

But the Fields Medals, which honor groundbreaking work by young mathematicians, are awarded only once every four years and only to mathematicians who are 40 or under. Dr. Schramm was born on Dec. 10, 1961; the cutoff birth date for the 2002 Fields was Jan. 1, 1962.

Wendelin Werner, a younger mathematician who collaborated with Dr. Schramm on follow-up research, won a Fields in 2006.

After working at the University of California, San Diego, and the Weizmann Institute of Science in Israel, Dr. Schramm joined the theory group of Microsoft Research, an arm of Microsoft dedicated to basic science akin to the old Bell Laboratories.

For his doctoral thesis, Dr. Schramm worked in the mathematical field of topology. Then, unlike most mathematicians who specialize in a niche, he jumped between varied branches of mathematics. He took an equation first developed in 1923 by the mathematician Charles Loewner in a field known as conformal geometry and added ideas from probability theory. Dr. Schramm added random, or stochastic, variables to Dr. Loewner's equation and called the result stochastic Loewner evolution.

The approach was unique and proved applicable to a range of physics problems.

"He brought together two branches of mathematics that were previously unrelated: conformal geometry and probability theory," Dr. Chayes said. "Any time you can relate two different fields obviously there is huge excitement about that. It just opens up all kinds of new horizons in mathematics."

His awards included the Clay Research Award in 2002, the Henri Poincaré prize in 2003, the Polya Prize in 2006 and the Ostrowski Prize last year. He was elected to the Royal Swedish Academy of Sciences this year.

Dr. Schramm, who lived in Sammamish, Wash., is survived by his wife and two children, Tselil and Pele.

Dr. Chayes recalled in the summer of 2000 when Dr. Schramm summarized his year of work to her in a typical understatement: "He said simply: 'I think I’ve done some very nice work on two-dimensional systems this year. You might want to look at it.'"


Oded Schramm Home Page
Posted by Mercury at 6:52 AM