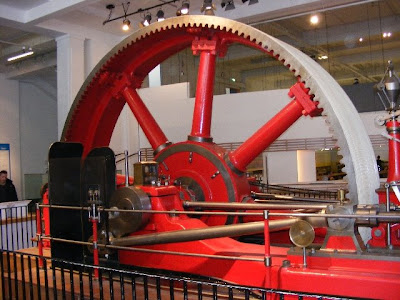 I hope it works for them for Kansas City, Missouri has struggled for years to make "Kansas City Science City" work.

Brent Robinson, acting executive director for the museum foundation, said that the selection committee carefully reviewed around 15 possible sites in Benton and Washington counties and narrowed it down to five finalists.

"We've zeroed in on a couple of those sites, " Robinson said.

The selection process started shortly after the May 16 request for proposal deadline. Robinson said the committee spent the past three months checking the sites and picking them out based on the qualifications laid out in the foundations request for proposals.

The whole idea for the museum was driven by the late John Lewis, former president of the Northwest Arkansas Museum Foundation. Lewis said he wanted to create a world-class science center that would inspire children in the sciences, enable adults to navigate the 21 st century.... In 2004, Lewis started working toward getting a science museum in Northwest Arkansas. The museum foundation's Web site claims the museum will include traveling exhibits, learning and research centers, Web programs, themed galleries and learning pods for young children and toddlers to enjoy their first experience with science.

It said visitors will be immersed in cutting-edge scientific discovery through live science forums and citizen science projects. Delta Exhibits, or exhibits designed to evolve over time, will entice visitors to be active participants in the scientific community, working with real scientists and research students in countless fields to perform real and meaningful experiments. The people, cultures, history and innovations of the Ozarks will be an integral component of the museum.

Robinson said the selection committee hopes to streamline a few things before it announces the future home of the museum. He said a Web site for the actual museum would hopefully be set up on the day of the announcement so people wishing to know more about the location could visit the site and have some of their questions answered.

"It's kind of a day-by-day thing, " Robinson said. 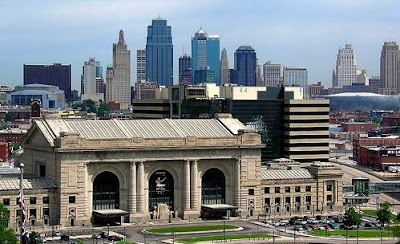 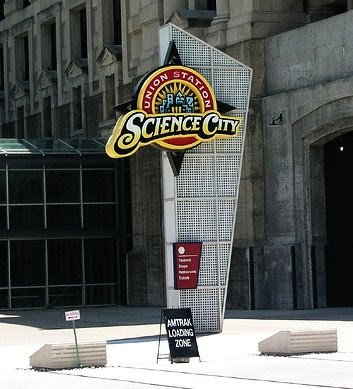 "'Bodies' a success, but Union Station struggles to survive"

The Kansas City Star
The just-closed "Bodies Revealed" exhibit ended as Union Station's second-most-visited show. Even so, the station will finish the year in the red.

With 197,633 tickets sold, the six-month exhibit of real, skinless human bodies finished second in attendance after the Titanic exhibit and netted the station $951,000. The "Bodies" exhibit closed Monday.

That profit was less than the $1.4 million originally projected, and the gap will contribute to a potential overall deficit for the station at the end of this year of as much as $1 million. As recently as three weeks ago, station officials were saying a balanced budget — only the second once since the station was restored — still was possible this year.

Union Station drew large crowds and even added extra viewings of 'Bodies' each day over the Labor Day weekend despite late controversy over the body donations.

Customers came despite online ticket sales being halted when someone hacked into the station’s Web site, forcing the station to take it down over the weekend and sell tickets only in person or over the phone. Officials said they did not know who was responsible for the attack or what the motivation was.

Station officials last month acknowledged they had learned that a donor form they had been told was signed by the people whose bodies were on display was not authentic, angering some who had been skeptical all along about the origins of the bodies.

But Union Station continues to rely on the assurance of the company that produced the exhibit that the bodies were from willing donors.

Factors contributing to the station’s new year-end budget forecast include a shortfall in expected sponsorships for 'Bodies,' cancellation of planned ticketed events this fall, continuing losses in the station’s food business, and expected cutbacks in corporate and other donations because of the weakened economy.

The executive committee of the station’s board of directors also heard a report Thursday from a consultant who echoed a familiar refrain: The station cannot survive without public subsidy.

"Many quick fixes have been tried, and budget cuts alone have not worked," said the report from Dennis Speigel, president of International Theme Park Services Inc.

"As a result, Union Station has almost reached financial ruin, and would likely have already done so if it had not been for the short-term success of the recent Dead Sea Scrolls and Bodies traveling exhibits."

Union Station Chief Executive Andi Udris acknowledged that no shows on that scale were currently projected.

The station's biggest problem is that its cavernous space must remain open and free to the public under the covenant of the bistate tax that renovated it. But utility costs are enormous. The station, although making great progress in recent years, still faces a roughly $2 million budget gap, as well as a long list of deferred maintenance items and outstanding bills.

An ad hoc committee appointed by the Union Station board recommended earlier this year that the city ask voters for an increase in the property tax levy for the Kansas City Museum to aid Union Station.

A tax increase that would have helped Union Station and other Kansas City museums was proposed for the August ballot, but had to be scratched until a state law could be changed.

"I don't think anybody on this board or this staff disagrees we need some public help here," said station board President Michael Haverty.

•Substantially overhaul Science City and possibly rename it for a fresh start at a cost of from $19 million to $39 million, or turn it over to an outside operator.

•Develop an in-depth marketing plan and increase its marketing budget.

•Get out of the money-losing food service or scale it back.

•Establish an identity in the community as the go-to place for the October and December holiday seasons.
Posted by Mercury at 6:58 AM