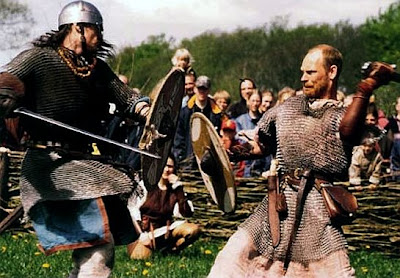 timesonline
A row between two of the world's most famous scientists yesterday threatened to overshadow the celebrations as the world's greatest scientific experiment got under way.

Professor Peter Higgs, the scientist who gave his name to the Higgs boson, the particle at the centre of the Large Hadron Collider (LHC) experiment, launched a withering attack on Professor Stephen Hawking, saying his work was "not good enough".

Professor Higgs dismissed the views on the £2.6 billion project of the man generally considered to be the greatest physicist of his time, and said that no other particle physicist would view his approach as "correct".

Both men are contenders for the Nobel prize — depending on the outcome of the experiment — and their spat is likely to send shockwaves through the scientific Establishment.

Professor Higgs, who faced a press conference in Edinburgh yesterday, was reacting to an interview in which Professor Hawking jokingly suggested that it would be "more exciting" if the experiment at CERN on the Franco-Swiss border did not find the "God particle" it has been set up to identify.

"That will show something is wrong," he said, "and we will need to think again."

Professor Hawking once placed a $100 bet that the particle does not exist and continues to argue that there are more interesting outcomes to be drawn from the LHC than the discovery of the Higgs boson.

Professor Higgs, who first postulated the existence of the particle 44 years ago, reacted with visible irritation. "I have to confess I haven't read the paper in which Stephen Hawking makes this claim," he said. "But I have read one he wrote, which I think is the basis for the kind of calculation he does. And frankly I don't think the way he does it is good enough."

"My understanding is he puts together theories in particle physics with gravity . . . in a way which no theoretical particle physicist would believe is the correct theory."

"From a particle physics, quantum theory point of view, you have to put a lot more than just gravity into the theory to have a consistent theory and I don't think Stephen has done that. I am very doubtful about his calculations." Other members of the panel moved swiftly to cut off the discussion, suggesting that he had taken Professor Hawking's views out of context.

But it was clear that Professor Higgs did not rate his rival's view that the LHC would be more likely to reveal a number of "partner" particles than the boson. Earlier Professor Higgs had recalled the day when he first conceived the idea that would evolve, 44 years later, into the most expensive experiment in the history of science.

It was Thursday, July 16, 1964, and he was sitting in the departmental library at the University of Edinburgh, reading an article with which he profoundly disagreed.

It contained a theory that challenged his own work head-on. An idea "began to evolve," and by the following Monday morning, as he walked to his university office, he had perfected in his own mind the theory of how particles acquire mass.

In the course of the next fortnight, he would write the two papers that have become the foundation of modern particle physics.

"I solved that theoretical problem to show how it could be done, and could see what the consequence was," he said. "I discovered how to turn something which was like a massless particle into a massive particle. That was slightly surprising, but it was important," said Professor Higgs.

In the days that followed Professor Higgs wrote a short mathematical proof of his theory, describing what would become known as the Higgs boson particle. Then, after an abortive camping holiday, he returned to Edinburgh to dash off his second article, "which became known as the theory".

In the summer of 1964, his paper was rejected by the editor of the European Journal of Physics Letters, who, ironically, was based at CERN.

Professor Higgs was annoyed: "I hadn't said enough to convince anybody that this was really important physics. So I added on some extra paragraphs." The revised article – still less than two sides of A4 paper — was accepted by an American journal, the Physical Review Letters at the end of August.

Higgs boson would become part of the Standard Model, the framework of theoretical physics that for nearly four decades has described how fundamental particles interact.

Since he retired nearly 20 years ago, Professor Higgs, 79, has gradually detached himself from his academic world, preferring to read novels and play with his two grandchildren. He has, however, stayed in touch closely enough to pour scorn on the views of Professor Hawking and on scientists who predicted that the LHC might bring the end of the world.

"Some of the people who have tried to get injunctions to stop the LHC should really know better," he said. Although it could still take up to three years for the LHC to prove him right, Prof Higgs has a bottle of champagne ready. "I will be very surprised and disappointed if it turns out not to be so. But I’m pretty confident," he said.

The Register
Famous retired physics prof Peter Higgs - of boson renown - has stingingly counter-poohpoohed the theories of his equally well known Nobel Prize rival, Stephen Hawking, who has already poohpoohed Higgs' particle concept. The clash of intellects is expected to be settled by particle-punishment results at the Large Hadron Collider.

Speaking of Hawking's methods at a press conference yesterday, Higgs was sternly critical.

"I don’t think the way he does it is good enough," he snapped, quoted in today's Times.

"From a particle physics, quantum theory point of view, you have to put a lot more than just gravity into the theory to have a consistent theory and I don’t think Stephen has done that. I am very doubtful about his calculations."

It's thought among boffins that if the elusive deiton - postulated by Higgs back in 1964, but never yet detected - is real, it ought to appear in coming years among the variegated debris to be produced at the LHC by smashing up protons with extreme violence. If it does, Higgs will be in line for a Nobel Prize.

Hawking, however, reckons that instead a number of "partner" particles will appear. These would potentially torpedo the Standard Model on which modern physics is based, and snatch away Higgs' long-awaited Nobel laurels to rest instead atop Hawking's eminent brainbox.

It would seem that the duelling boffinry heavyweights will have to settle the matter in the only honourable way open to men of their sort: with enormous hyper-powered magnetic proton cannons at fifty paces. Higgs for one seemed confident about the result, telling... the Times that he has champagne waiting on ice to celebrate victory.