Value of "history of science" 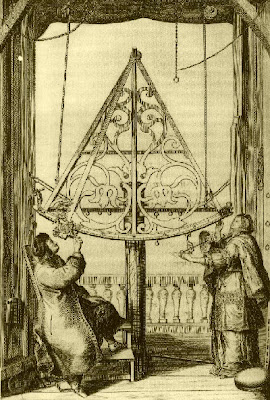 If you don't believe that studying the "history of science" is of value, then read these three preprint papers.

This essay opens up the question of what difference the history of science makes. What is the value of the history of science, beyond its role as an academic pursuit that we historians of science know and love? It introduces the set of essays that follow as explorations that grew out of a seminar on this topic and that arise from the authors’ particular concerns both that historians of science do not work hard enough to make their work of value and that others do not know of the potential. That seminar, at the Marine Biological Laboratory, was funded for nineteen years by the Dibner Institute and last year by Brent Dibner. It will continue and carry such discussions forward in new ways as the Arizona State University–Marine Biological Laboratory History of Biology Seminar Series. This set of focused essays seeks to invite lively discussion and response.
What Difference Does History of Science Make, Anyway?

History of science has developed into a methodologically diverse discipline, adding greatly to our understanding of the interplay between science, society, and culture. Along the way, one original impetus for the then newly emerging discipline-what George Sarton called the perspective “from the point of view of the scientist”- dropped out of fashion. This essay shows, by means of several examples, that reclaiming this interaction between science and history of science yields interesting perspectives and new insights for both science and history of science. The authors consequently suggest that historians of science also adopt this perspective as part of their methodological repertoire.
How Can History of Science Matter to Scientists?

Historians of science have participated actively in debates over American science policy in the post-World War II period in a variety of ways, but their impact has been more to elucidate general concepts than to effect specific policy changes. Personal experiences, in the case of the debate over global warming, have demonstrated both the value and the limits of such involvement for the making of public policy. To be effective, historians of science need to strive for clarity in public expression, to accept the importance of engaging with the public at all levels and through diverse media, and, above all, to recognize that the nature of such debates will make normal scholarly nuance hard to achieve. Moreover, in the current political climate, historians may be surprised to find themselves defending sciences, when the usual stance of historians is to be critical.
History of Science and American Science Policy
Posted by Mercury at 4:05 PM

Email ThisBlogThis!Share to TwitterShare to FacebookShare to Pinterest
Labels: epistemology, history of science