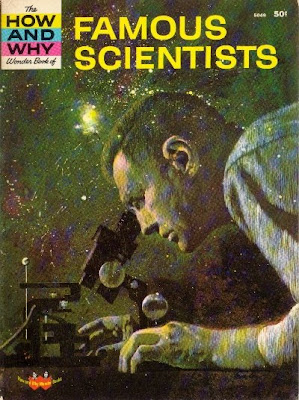 "Quarks in the Hood: Particle physics rap is a Youtube hit"

Particle physicists fall into the stereotype of geek scientists -- serious, distracted and prone to wearing ties that look like socks -- but a rap hit on the video website Youtube has shed unexpected light on their fun side.

"Large Hadron Rap"...has notched up more than 836,000 hits in the countdown to next week's startup of the world's greatest atom-smasher.

Grooving to a down-with-the-kids beat, and using the multi-billion-dollar collider as a backdrop, rapping scientists in lab coats and hard hats make it easier for people who don't know the difference between a proton and a crouton.

Here's an example of the lyrics:

Because except for charge and handedness of spin

They're the same for a particle and its anti-self --

But you can't store an antiparticle on any shelf

Cuz when it meets its normal twin, they both annihilate,

Matter turns to energy and then it dissipates."
The rap is the brainchild of Kate McAlpine, a graduate student of Michigan State University who is on assignment to CERN, as the European Organisation for Nuclear Research is called.

Next Wednesday, CERN will switch on the Large Hadron Collider (LHC), a massive underground laboratory that will smash protons together and analyse the sub-atomic debris that results.

The project, housed in a 27-kilometre (16.9-mile) circular tunnel near Geneva, aims at resolving some of the greatest mysteries in physics.

One of the biggest quests will be to find a theorised particle called the Higgs Boson, which could explain nagging anomalies about mass.

The Higgs has been dubbed the "God particle," because it is believed to be everywhere but is so elusive.

McAlpine told AFP that the rap had been received enthusiastically by her colleagues for explaining physics in an accurate, simple and fun way -- although the reactions also included a due touch of caution.

"I haven't had a complaint about the science, except that I imply that the Higgs Boson is going to be found too quickly," she said.


Kate McAlpine raps about the LHC
Posted by Mercury at 6:47 AM

this is an exciting time in the world of physics and it is so heartening to see talent like Kate emerge to push the excitement along even more....wonderful!!!!!!