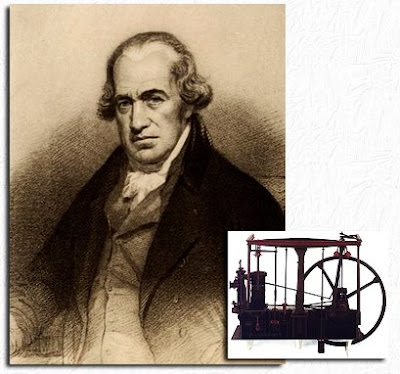 Physicists, chemists and biologists, not professional pedagogues, should be the ones to shape Scotland's science curriculum

TIMESONLINE
The good news is we teach science better than England. The bad news is that England's performance is one of the worst in the developed world, so let's not rattle our test tubes in jubilation. Last week saw the world's most ambitious physics experiment conducted in Switzerland. It will test the theory of an Edinburgh University professor, Peter Higgs. But back home, we are not exactly reaching for the stars, or even those notorious black holes. Most school kids' knowledge of anti-matter comes from Doctor Who.

A report by the Royal Society last week into the state of the nation's science education found that 13% of 17- year-olds sat Scottish highers in biology and chemistry and 12% sat physics. This is much more than in the south. but it masks profound weaknesses. The recent Scottish survey of achievement — a snapshot of performance in a cross-section of schools — was shocking. Just 6% of pupils in primary seven achieve expected levels of science understanding — a figure that rises to just 17% in the second year of high school.

Sometimes it seems we have given up. The Home Office last week published a list of professions that we need filled by migrants. These included civil engineers, vets, speech therapists, maths and science teachers.

It is practical to plan for shortages. But we should also ask ourselves why we face such a brain drought. Our immigrant scientists are likely to come from India, where parents have dinner party conversations about their children's grades and their expectations of success are high. A survey conducted by Shell last week found Scottish children would rather be hairdressers than scientists. Just 5% of 9 to 14 year olds want to be a scientist, compared to 20% who want to be a footballer, 18% an actor, and 13% a hairdresser.

They had a poor understanding of what science actually is and where it could get you. Less than half realised you needed it to become a plastic surgeon. Children still think scientists are dome-headed boffins in labs.

It's little wonder. They learn almost nothing about Scotland's disproportionate achievements. Few children now celebrate James Watt's steam engine or Alexander Fleming's penicillin. They certainly would not know a Scotsman, James Clerk Maxwell, did as much for physics as Albert Einstein and Isaac Newton (chances are they’ve never heard of them either).

They will also be unaware that a Scottish company, Touch Bionics, has developed the world’s first bionic hand or that Europe's main testing centre for marine energy is in Orkney. It is unfashionable in Scotland to celebrate the achievements of great men. But we must provide kids with alternative role models and dreams for the future. Children with proactive families will do better. But pushy parents are unfairly maligned and thin on the ground. That leaves schools to raise expectations and spark imagination.

When the survey of achievement exposed poor performance earlier this year, it was suggested that few primary teachers had the confidence to teach science. While you need a good standard grade maths pass to work in Scottish primary schools, science is not obligatory. Nobody is suggesting we launch seven-year-olds on Maxwell's theory of electromagnetism. Fostering an interest in technology and the natural world, and exploring the basics of both, would be a start.

Most primary teachers are perfectly capable of this but there is no coherent, ambitious teaching programme for them to follow. There is no obligation to teach anything in Scottish schools other than religion and Gaelic in certain circumstances. It's very pick and mix. There is also open hostility among "experts" to fact-based education. Instead we have "projects" that cross subject areas. The emphasis is on learning processes — such as team work and individual initiative.

Educationalists believe "how children learn" is more important than what they learn. This is sensible up to a point — but like all theories it is damaging in the hands of zealots. There are some facts we need to know. A bias towards "creating confident learners" at the expense of real knowledge is worrying, particularly at secondary level. One consequence is the blurring of lines between subjects. In England many children in the upper years of secondary school study general sciences rather than individual subjects, which perhaps explains their appalling take up at A level.

Scotland was saved from this fate by the Royal Society of Edinburgh. Its devastating report into our new "Curriculum for Excellence" said science and maths guidelines focused on the "philosophy of science" at the expense of core principles. The education minister Fiona Hyslop immediately invited subject specialists to improve things. She should also consider paying maths and science teachers more than their colleagues and building on Jack McConnell's initiative to attract scientists from industry into schools. This means challenging vested interests.

Hyslop's plans for a science baccalaureate have been welcomed. But we need significant numbers sitting it to ensure future prosperity. Science education must be shaped, not by professional pedagogues, but by physicists, chemists and biologists. They must then tell parents and the public what was being taught and why. At the moment most people are excluded from the debate by the impenetrable jargon of elitist "educationalists". Despite the failings in our science education, it’s still easier for the average Scot to explain the purpose of the Hadron Collider than the Curriculum for Excellence.
Posted by Mercury at 7:05 AM