Was opium or illness the creative driving force for John Keats? 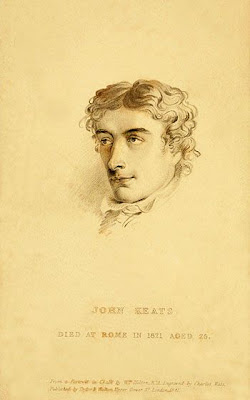 "Can Opium or Illness Explain a Keats Poem?"

On Sept. 21, 1819, John Keats wrote to his brother George that he was “scarcely content to write the best verses for the fever they leave behind. I want to compose without this fever.” The fever is no metaphor. In another letter dated that same day, he had sent a friend a copy of his poem “To Autumn,” written just then, one of the greatest poems in the English language and the last of Keats’s great odes. For Keats, poetry was never emotion recollected in tranquillity, as it was for Wordsworth. It was often tranquillity refigured by his fevered mind.

The mental fever of making poems was, for Keats, a medical issue. When he fell ill, beginning in 1817, the doctors always tried to stop him from writing poetry. One physician kept dosing Keats with mercury, hoping to cure his recurring sore throat and perhaps a case of venereal disease, for which mercury, a dangerous substance, was a standard treatment at the time. And every doctor — even Keats himself, who had medical training — advised the use of laudanum, a tincture of opium in alcohol. Keats had given it to his brother Tom in late 1818 to ease his pain and suppress his tubercular cough when he was dying, and Keats had used it to help himself sleep during that terrible time. For someone as ill as Keats would be, it was a palliative, not a hallucinogen. That he used it makes no difference at all to our estimate of the man or his poems.

As Nicholas Roe writes in his new biography of Keats, “it is difficult to appreciate how commonplace an opium habit was in Keats’s lifetime.” Opium was dispensed “as a matter of course, and for a simple reason: it was the only painkiller that worked.” Keats had seen opium used regularly during his medical training, and there is no question that he took laudanum as early as 1818. That fact worried at least one friend, and it may have caused another, the painter Joseph Severn, to withhold the drug when the poet needed it most — in the days before his death in Rome on Feb. 23, 1821, at age 25. Something about the notion that Keats might have used laudanum more regularly than his earlier biographers thought seems to stir readers’ interest, as though it explains something that needs explaining: the extraordinary creativity of such a young man.

Mr. Roe’s substantial biography makes only modest claims about Keats and opium, presenting some possible evidence of laudanum use. Mr. Roe’s statements to the press go further. “Keats as an opium addict is new,” Mr. Roe told The Guardian, and he suggests that at least two of Keats’s best poems — “Ode on Indolence” and “Ode to a Nightingale” — came out of his opium reveries. This gives us, Mr. Roe adds, “a less intellectual or ‘philosophical’ Keats, and a poet who is closer to the mystical aspects of Romantic tradition associated with Blake, Baudelaire, Coleridge, De Quincey, Yeats, Huxley, and Bob Dylan.”

But there is no need to find a chemical source for Keats’s inspiration. Subjects like Hyperion, Endymion and Lamia come directly from his reading, and the verses are driven by a desire to find a visceral, sensory, rhythmic way to connect the world he imagines with the world he inhabits. His thoughts about creative genius certainly are philosophical — like his idea of “Negative Capability,” the poet’s capacity, as Keats puts it, to live in “uncertainties, mysteries, doubts,” without trying to resolve them. But when the poet actually vanishes from the poem, as he does in “To Autumn,” what remains is a world budding, conspiring, and overbrimming with life.

If you knew only Keats’s poems, you might assume that he was an ethereal being. But his letters give us the man, pugnacious, whimsical, proud and flawed. The Keats who succumbs to indolence is also the Keats who scrambles 640 miles on foot through the Lake District and Scotland — cold, wet and often ill — in the summer of 1818. The poet contemplating a Grecian urn is barely two years removed from his work as a dresser, a sort of intern and surgical assistant, at Guy’s Hospital in London, a place where, as Mr. Roe notes, surgery (without anesthetic) was really vivisection.

Mr. Roe is almost certainly right about Keats’s laudanum use. But to say that the “Ode to Melancholy” arose from an opium reverie is an oversimplification of Keats’s poetic fusions. There was always a “dull opiate” in the “Ode to a Nightingale,” but it is the nightingale doing the singing — and the poet — not the opiate. To attribute some of the power of Keats’s imagination to laudanum is to forget how powerful imagination is.

What is new about Keats now is what is always new: ambition, high spirits, despair, the intensity of his dedication to poetry. In the thick of a troubling, pain-ridden world, it is in the new language and rhythm in his best poems that he hears “the self-same song that found a path/ Through the sad heart of Ruth, when, sick for home,/ She stood in tears amid the alien corn.”

SEASON of mists and mellow fruitfulness,
Close bosom-friend of the maturing sun;
Conspiring with him how to load and bless
With fruit the vines that round the thatch-eves run;
To bend with apples the moss’d cottage-trees,
And fill all fruit with ripeness to the core;
To swell the gourd, and plump the hazel shells
With a sweet kernel; to set budding more,
And still more, later flowers for the bees,
Until they think warm days will never cease,
For Summer has o’er-brimm’d their clammy cells.

Who hath not seen thee oft amid thy store?
Sometimes whoever seeks abroad may find
Thee sitting careless on a granary floor,
Thy hair soft-lifted by the winnowing wind;
Or on a half-reap’d furrow sound asleep,
Drows’d with the fume of poppies, while thy hook
Spares the next swath and all its twined flowers:
And sometimes like a gleaner thou dost keep
Steady thy laden head across a brook;
Or by a cyder-press, with patient look,
Thou watchest the last oozings hours by hours.

Where are the songs of Spring? Ay, where are they?
Think not of them, thou hast thy music too,—
While barred clouds bloom the soft-dying day,
And touch the stubble plains with rosy hue;
Then in a wailful choir the small gnats mourn
Among the river sallows, borne aloft
Or sinking as the light wind lives or dies;
And full-grown lambs loud bleat from hilly bourn;
Hedge-crickets sing; and now with treble soft
The red-breast whistles from a garden-croft;
And gathering swallows twitter in the skies. 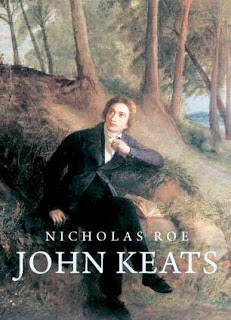