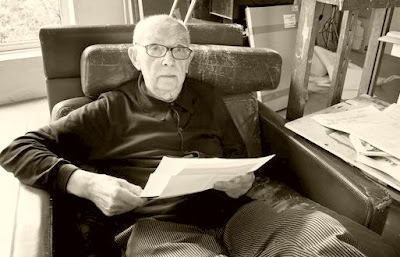 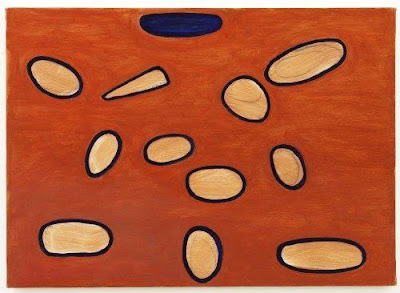 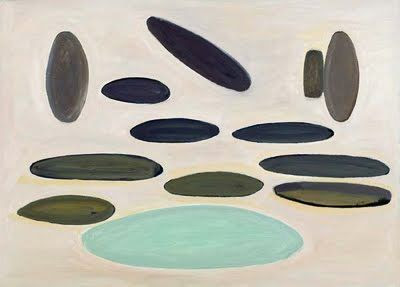 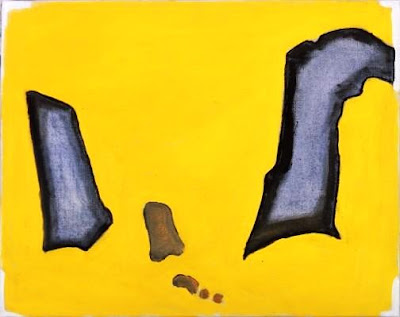 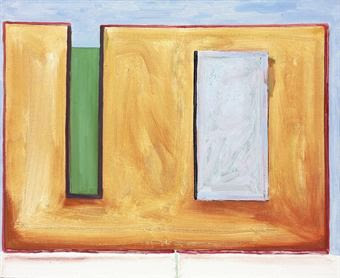 Raoul De Keyser, a Belgian painter whose evocative, seemingly awkward abstractions both celebrated and questioned his medium, died on Oct. 5 in Deinze, near Ghent. He was 82.

He died of natural causes, his family said.

Mr. De Keyser became one of the most respected painters of his time, but slowly. For much of his 50-year career he exhibited primarily in Belgium and the Netherlands, achieving international recognition only after his work was included in the 1992 Documenta exhibition in Kassel, Germany, by that year’s commissioner, the Belgian museum director Jan Hoet.

Mr. De Keyser worked with a striking economy of means. His mature paintings often consist of a few sparse patches of paint laid over a monochrome field, suggesting scattered islands and eliciting frequent comparisons to Mondrian’s early seascapes. They also evoke the remnants of a larger, more assertive painted shape that has been tenderly cut into irregular bits.

Nearly all Mr. De Keyser’s work teeters between abstraction and legibility. “The things I see come back in one way or another,” he once said. Indeed, a series of especially spare, seemingly abstract paintings of white lines and grids on mostly green backgrounds from the early 1970s were actually based on the chalk lines, goal posts and net of the soccer field near his home.

Mr. De Keyser was born in Deinze on Aug. 29, 1930, and lived there all his life. His father was a carpenter. He began to paint on his own as a teenager but soon veered into journalism, writing for daily newspapers.

Mr. De Keyser sought artistic training only in his early 30s, studying at the Academy of Fine Arts in Deinze under the painter Roger Raveel. He joined with Mr. Raveel and two others painters to form a Pop Art-oriented group called New Vision and over the next several years produced flattened, thickly painted close-up views of corners of his living room, the handle of its sliding glass doors and bits of his garden, as well as schematic images of clouds and horizon lines outlined in black.

The paintings ignore the brand-oriented, photo-based direction of American Pop in favor of the more life-based efforts of British Pop artists like David Hockney and Patrick Caulfield, forming one of the less-studied chapters of Pop’s history.

But Mr. De Keyser was always drawn to abstraction. In 1966, after being impressed by a big, bright abstract painting by the American Al Held at the Stedelijk Museum in Amsterdam, he returned home and painted over the background of a 1964 image of his dog Baron with flat, vivid yellow, retitling the work “Baron in Al Held Field.”

Mr. De Keyser’s mature images often seemed to be based on something real, including the flat fields, tangled trees and riverbanks around Deinze, but they also maintained a mysterious ambiguity, refusing to be anything more than painted motifs. They avoided monumentality, however, as well as bravura brushwork and all notions of finish, masterly personality or evolutionary development.

His working method was intuitive and relatively permissive, largely free of restrictions or formula, which distinguished him from similarly skeptical painters like Robert Ryman, Blinky Palermo and Daniel Buren. But he also avoided the free-range approach of more antic figures like Sigmar Polke, who marshaled textiles, photographic techniques and unusual materials into his work.

Working directly on canvas with a brush and occasionally chalk using a light, even frugal touch, Mr. De Keyser — who switched from acrylic to oil paint in the mid-1970s — reviewed nearly every mode of abstraction from gestural to geometric, but always avoided extremes. His lines were never ruled, his edges never hard; his loose brushwork was devoid of angst.

Mr. De Keyser had his first museum survey at the Royal Museum of Fine Arts in Antwerp in 1970 and numerous surveys and retrospectives thereafter, most recently at the Whitechapel Gallery in London in 2004 and the Kunstmuseum Bonn in Germany in 2009. He had his first solo show in New York at the Brooke Alexander Gallery in SoHo 1995 and subsequently exhibited with the David Zwirner Gallery there.

Mr. De Keyser’s wife, Dina Baudoncq, whom he married in 1952, died in 1984. He is survived by their three sons, Luc, Piet and Jan; six grandchildren; and his companion, Lia Schelkens.

Raoul De Keyser [Wikipedia]
Posted by Mercury at 11:03 AM