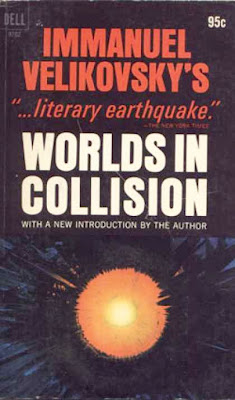 Scientists thought Immanuel Velikovsky was a crackpot but his fans believed him to be the new Copernicus.

Almost nobody under the age of 50 has heard of Immanuel Velikovsky, and his theories would strike most of us as belonging to the lunatic fringe. But in his own assessment—and that of a surprising number of others—he was the new Copernicus.

Between the 1950s and his death in 1979, the Russian-born psychiatrist published "Worlds in Collision" and other best-selling books, promulgating a theory that around 1500 B.C. a massive comet was ejected from the body of Jupiter and hurtled toward the Earth. It didn't collide, he claimed, but became trapped in a gravitational and electromagnetic interaction with our planet, causing the Earth's crust to break, its axis to tilt and meteors to shower onto the population, which happened to include the Children of Israel, just then making their Exodus from Egypt. After decades of world-wide chaos, the comet settled into its own orbit around the sun, becoming the planet Venus.

According to Velikovsky, this event was described not only in the Judeo-Christian Bible but in the myths of cultures around the globe. His theory demanded severe modifications in the conventional understanding of physics, chemistry, geology and biology. It suggested that the architecture of our solar system had been reconfigured within recorded human history, and proposed that the manna eaten by the ancient Israelites in the desert had come from carbohydrate material produced by the hydrocarbon tail of the comet.

Why would Michael D. Gordin, a respected Princeton historian of science, devote years of research to such a patently odd idea? In his powerful book "The Pseudoscience Wars," the author argues that the controversy over Velikovsky's ideas has critical lessons to teach us about the spread of fringe scientific theories today, such as creationism and intelligent design.

By the late 1960s, Velikovsky had become "one of the most popular authors read by college students" in America. The charismatic speaker lectured to packed audiences on campuses across the country, including Harvard and Yale. Courses were taught, conferences convened and journals formed to promote his ideas. Yet mainstream scientists had voiced alarm about Velikovsky's theory from the beginning. "Worlds in Collision" was originally published by Macmillian, a leading publisher of scientific textbooks, until a protest campaign forced it to relinquish the best seller to Doubleday, a more populist publisher that was delighted to be handed a hit.

But what, Mr. Gordin asks, "made some American scientists believe that they were threatened by someone they perceived as a delusional crackpot?" His book offers us a long, historically detailed and insightful answer.

Mainstream science in the 1950s, Mr. Gordin notes, was still reeling from a notorious case of pseudoscience, Lysenkoism. In the 1930s and '40s, the Russian agronomist Trofim Denisovich Lysenko had convinced the Soviet hierarchy that Darwinian evolution was wrong. Lysenko proposed that crops could be hereditarily altered by human processes such as treating seeds with cold water. His ideas impeded the development of Soviet biology for decades.

Worried that their own country might fall prey to a new kind of Lysenkoism, American scientists reacted with frustration as Velikovsky ascended to celebrity status. The matter came to a head in a 1974 debate, in which the American Association for the Advancement of Science pitted Velikovsky against a panel of scientists led by Carl Sagan. Both sides claimed victory, and one great strength of Mr. Gordin's book is that he allows us to see into the psyches of Velikovsky's fans as well as those of his detractors. Velikovsky's supporters rallied behind his glittering blend of science, religion, myth and psychology and seemed to see him as a kind of renaissance thinker who offered a liberating alternative to the "hegemony" of the scientific mainstream.

All this might be regarded as a historical curiosity were it not for a linkage that Mr. Gordin traces from Velikovsky to the emergence of "creation science" in the form of "flood geology." Velikovsky was at pains to distance himself from creationists, and vice versa. "Fringe doctrines have margins of their own," Mr. Gordin wryly observes. But he pries open the associations between the camps and reveals the similar strategies they adopted to promote their ideas to the general public and to argue their case for respectability to the scientific establishment. Nothing destroys a fringe movement so much as fragmentation.

What Velikovsky craved, like so many fringe scientists before and after, was acceptance by the mainstream. "The more successful science becomes, the more outsiders will want to participate in the process," Mr. Gordin suggests. Up for grabs is our definition of what constitutes a "real" scientific theory, as opposed to a pseudoscientific one. In the philosophy of science, this is known as the "demarcation problem," a termed coined in the 1920s by the Austrian philosopher Karl Popper. As Mr. Gordin writes, "Scientists will always demarcate, because part of what science is is an exclusion of some domains as irrelevant, rejected, outdated, or incorrect." Today, with the rising chorus of creation science, intelligent design and alternative theories of energy, the demarcation problem is no longer just a question of academic interest.

Mr. Gordin ends his book with an unexpected and brave turn. These days, he says, "when mainstream science is attacked in politically credible ways," the danger comes not from the fringe of outsiders—who will always come and go, like bright, streaming comets—but from the inside, in the form of credentialed scientists at mainstream institutions who lend their prestige to, say, Big Tobacco or to energy companies fueling climate-change skepticism. In the end, Mr. Gordin argues that what should worry us more than the fizzing plethora of pseudosciences is a kind of worm within the core.

[Ms. Wertheim is the author of "Physics on the Fringe: Smoke Rings, Circlons and Alternative Theories of the Universe."] 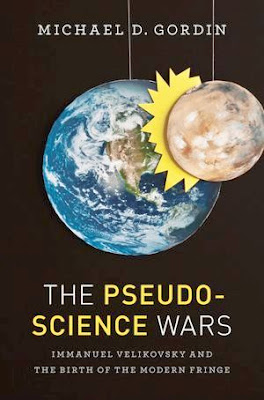 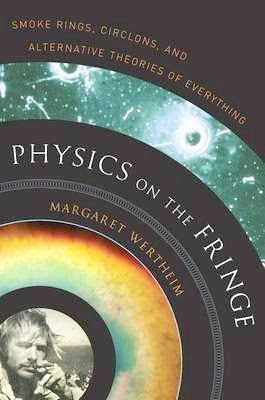 Physics on the Fringe: Smoke Rings, Circlons and Alternative Theories of the Universe