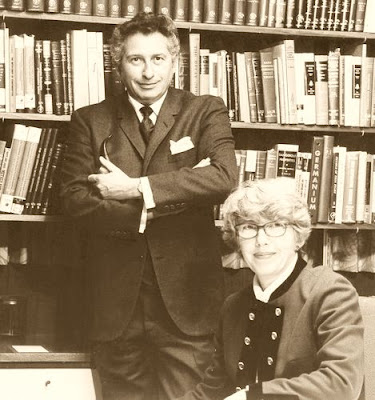 "Stanford R. Ovshinsky Dies at 89, a Self-Taught Maverick in Electronics"

Stanford R. Ovshinsky, an iconoclastic, largely self-taught and commercially successful scientist who invented the nickel-metal hybrid battery and contributed to the development of a host of devices, including solar energy panels, flat-panel displays and rewritable compact discs, died on Wednesday at his home in Bloomfield Hills, Mich. He was 89.

The cause was prostate cancer, his son Harvey said.

Placing Mr. Ovshinsky in “the league of genius inventors,” The Economist magazine once titled an article about him “The Edison of Our Age?”

If not quite that, he was certainly among the 20th century’s most inventive breed of scientists who, like Edison, parlayed their ideas into practical commercial applications.

He gained particular attention for upsetting common wisdom about the nature of semiconductors. Semiconductors, which block or carry electrical current depending on the voltage to which they are exposed, typically consist of crystals in which molecules line up in ordered ranks. But in the late 1950s Mr. Ovshinsky became convinced that less regimented materials could also act as semiconductors.

He argued that products using these so-called amorphous, or disordered, materials could be much cheaper to make than those built from the workhorse compounds of the electronics industry, like silicon crystals.

His ideas drew only scorn and skepticism at first. He was an unknown inventor with unconventional ideas, a man without a college education who made his living designing automation equipment for the automobile industry in Detroit, far from the hotbeds of electronics research like Silicon Valley and Boston.

But Mr. Ovshinsky prevailed. Industry eventually credited him for the principle that small quantities or thin films of amorphous materials exposed to a charge can instantly reorganize their structures into semicrystalline forms capable of carrying significant current.

With a bit of a promotional twist, he christened the field “ovonics.”

Energy Conversion Devices and its subsidiaries, spinoff companies and licensees began translating Mr. Ovshinsky’s insights into mechanical, electronic and energy devices, among them solar-powered calculators. His nickel-metal battery is used to power hybrid cars and portable electronics, among other things.

He holds patents relating to rewritable optical discs, flat-panel displays and electronic-memory technology. His thin-film solar cells are produced in sheets “by the mile,” as he once put it.

The Ovshinskys were champions of alternative energy and sounded early alarms about the industrial world’s insatiable demand for oil, saying it could lead to resource wars and climate change. More than 50 years ago, Mr. Ovshinsky began promoting hydrogen fuel cells as an alternative to the internal-combustion engine.

In his so-called hydrogen loop, water is converted to stored hydrogen through solar-powered electrolysis, and from hydrogen back to water, generating electricity through a fuel cell. Automotive companies have begun producing hydrogen-based demonstration models.

Mr. Ovshinsky’s business maneuvers came to be considered every bit as creative and extraordinary as his inventions. Energy Conversion Devices lost money decade after decade, surviving by periodically selling control of patents, rights to royalties from them or new stock.

In 1989, when the company was completing the 29th of what would become a string of 35 years of losses, Forbes described it as “a high-tech Roach Motel” where “the money goes in but it never comes out.”

The practical applications of his ideas never fully diverted Mr. Ovshinsky from his passion for basic materials research. He continued to help write scientific papers and cultivated relationships with luminaries like Nevill F. Mott, who won the 1977 Nobel Prize in Physics for explaining the underlying behavior of amorphous materials.

“His incredible curiosity and unbelievable ability to learn sets him apart,” Hellmut T. Fritzsche, a longtime friend and consultant, said in an interview in 2005.

Mr. Fritzsche was a noted semiconductor researcher at the University of Chicago when Mr. Ovshinsky called him in 1963 to ask him to visit Energy Conversion Devices.

Mr. Fritzsche, who became a paid consultant for the company and then its vice president, said he had been impressed that Mr. Ovshinsky’s first words when he arrived were: “Let’s not talk. Let me show you what I’ve discovered.”

Stanford Robert Ovshinsky was born on Nov. 24, 1922, in Akron, Ohio, the son of Benjamin and Bertha Munitz Ovshinsky. His father was an immigrant from Lithuania who became a scrap metal dealer. His contacts got young Stan an apprenticeship as a lathe operator with a motor manufacturer while still in high school.

When Mr. Ovshinsky’s asthma excluded him from military service, he married Norma Rifkin, his childhood sweetheart, and moved to Phoenix to work in a Goodyear aircraft factory. He returned to Akron and set up his own machine and lathe manufacturing shop in 1946. His first patent was for a novel lathe design.

That design caught the attention of the New Britain Machine Company in Connecticut, and it bought his company in 1950. Mr. Ovshinsky ran the business for two years until leaving for Detroit in 1952 to become director of research at Hupp, a motor manufacturer.

He and his brother, Herbert, formed General Automation in 1955, which was renamed Ovitron in 1958. Energy Conversion Devices became a publicly traded company in 1967.

Iris Ovshinsky died in 2006. Mr. Ovshinsky later married Dr. Rosa Young. He retired from Energy Conversion in 2007 and formed Ovshinsky Innovation and Ovshinsky Solar to further his work in energy and information technologies.

This year Energy Conversion sold its battery unit, the Ovonic Battery Company, to BASF and filed for bankruptcy protection. A liquidation plan was approved in bankruptcy court in August.

Stanford and Iris Ovshinsky’s five-decade partnership in science, business and marriage brought them almost as much attention as their contributions to alternative energy.

In an interview for PBS in 2004, Mr. Ovshinsky was asked how he and his wife had managed to work so well together.

“By being in love,” he replied.