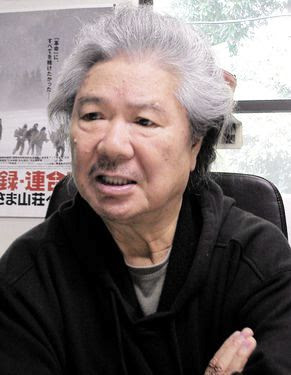 Koji Wakamatsu, a Japanese director and provocateur who flung sex, violence and politics on the screen in more than 100 films, died on Wednesday in Tokyo, two weeks after he was named Asian filmmaker of the year at the Busan International Film Festival in South Korea. He was 76.

His production company confirmed the death in a statement. News reports said he died of injuries sustained when he was hit by a taxi in Tokyo on Oct. 12.

Mr. Wakamatsu, a self-taught director who never finished school, made some of his most admired films in his last years. Perhaps his most ambitious, “United Red Army,” a work of more than three hours long released in 2007, melds documentary and fictional techniques to examine the rise and implosion of Japan’s radical left and his own disillusionment with anti-authoritarian militancy.

“Caterpillar” (2010), an antiwar drama, tells the story of a highly sexualized marital struggle between a Japanese villager and her husband, a soldier returned from the Chinese-Japanese wars deaf and disfigured. In “11.25: The Day He Chose His Own Fate,” released this year, Mr. Wakamatsu examined the final years of the novelist Yukio Mishima, the evolution of his ultranationalist views and his ritual suicide in 1970.

Mr. Wakamatsu began his career in the 1960s, working in the exploitative genre of soft-core pornography known in Japan as pinku eiga. But even his early films had rage-against-the-machine elements of political and social commentary. “The Embryo Hunts in Secret” (1966), a representation of class struggle shot in one room with just two actors, tells of a woman held captive and molested by her boss, though the clear implication is that psychologically the woman is the more powerful of the two and controls the relationship.

Mr. Wakamatsu may have been less known in the United States as a director because the State Department had refused to grant him a visa, owing to his early radical political affiliations.

An outsider in the mainstream movie world in Japan who relished the freedom of independent filmmaking, Mr. Wakamatsu regularly worked with small budgets. But he believed in the power of film to influence the world.

“The reason I became a filmmaker was to talk to the country,” he said in Busan.

Information about Mr. Wakamatsu’s survivors was not immediately available.

Koji Wakamatsu was born in the Tohoku region of Japan, north of Tokyo, on April 1, 1936. He was expelled from school for fighting and left home for Tokyo, where he became a low-level gangster and was introduced to movie making while working for organized-crime gangs that collected payments from film crews working on their turf. He was arrested and spent six months in prison, where he was tormented by guards, an experience that fueled an enduring distrust of authority.

“When I got out, I really wanted to get back against the authorities,” he said in an interview with The Hollywood Reporter in Busan, “but I thought if I used violence, I’d end up in prison again. So I decided to use another weapon: film.”

After working briefly in television, he was about to give up, return home to Tohuku and become a farmer when an actor friend encouraged him to write and direct his own film, he recalled in a 2011 video interview. The film was “Sweet Trap,” a sort-pornography feature. He directed it by cutting photographs out of magazines and newspapers that depicted different camera perspectives; for each shot he showed a different photo to the cameraman to indicate what he wanted.

Soon he was hired to direct other films and did so until later in the decade, when, chafing under the restrictions of working for others, he started his own company.

“Filmmaking isn’t something you need to learn in school; it’s about imagination,” he said. “The best place to learn about it is on a set, not by studying. If a person has got no talent, it doesn’t matter what you teach them. It’s the same for stuff like crafting things with your hands, cooking or architecture: you either have a sense for it or not.”

Ecstasy of the Angels 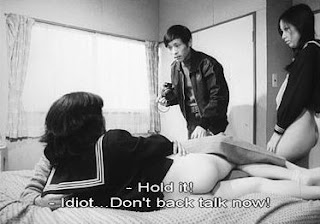