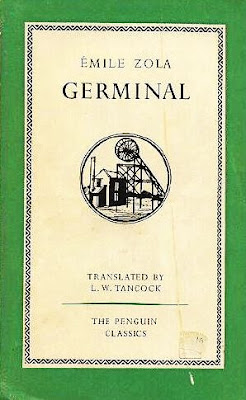 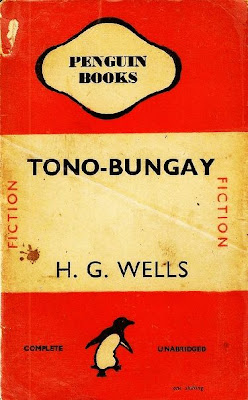 Someday there will be just one book publisher. Will this merger bring a change in name...Penguin House, Random Penguin, Penguin/Random House Books?


"Random House and Penguin merge to take on retailers"

Britain's Pearson (PSON.L) and Germany's Bertelsmann are to merge their publishers Penguin and Random House, aiming to gain the upper hand in their relationship with Amazon and Apple, the leaders in the ebook revolution.

Confirmation of a deal came after months of Pearson board discussions and despite an informal approach from Rupert Murdoch's News Corp (NWSA.O), which was interested in combining Penguin with its own Harper Collins publishing unit, a person familiar with the situation said.

"The consumer publishing industry is going through a period of tumultuous change, propelled by digital technologies and the giant companies that dominate them," Pearson Chief Executive Marjorie Scardino said in an email to staff.

"The book publishing industry today is remarkable for being composed of a few large, and a lot of relatively small companies, and there probably isn't room for them all - they're going to have to get together."

Under the plans, Bertelsmann will own 53 percent of the venture and nominate five directors to the board, while Pearson would own the rest and nominate four. Both must retain their share in the venture for at least three years.

Penguin chairman and CEO John Makinson will be chairman of the new venture, and Random House CEO Markus Dohle will be its chief executive.

Analysts said they would have preferred a bid from a group such as News Corp, which would have brought cash into the company and enabled Pearson to quit a market that has been hit by the rapid growth of the ebook and the control it has given to major distributors such as Amazon (AMZN.O), Apple APPL.O and Google (GOOG.O).

Pearson, however, said the merger would provide significant synergies and the opportunity to spend more on the new technologies transforming the industry.

"Together, the two publishers will be able to share a large part of their costs, to invest more for their author and reader constituencies and to be more adventurous in trying new models in this exciting, fast-moving world of digital books and digital readers," Scardino said.

The two groups said they would save money on joint warehousing, distribution, printing and central functions. They gave no details but UBS estimated possible savings of 10 percent of their combined cost base.

A joint venture will also allow Pearson to retain a link between its education division and the world-renowned Penguin brand. It also avoids a large tax bill in the United States which would have been incurred had Penguin Books been sold.

"We can see why Pearson has chosen this option, but there may be some disappointment there is no outright sale, and especially with the lock-in of the stake," Liberum said.

In the first nine months of 2012, Random House was the biggest book publisher in the two major English language markets of the United States. and Britain. It was buoyed by the huge success of the "Fifty Shades" trilogy of novels, which sold more than 30 million copies between March and June, evenly divided between the trade paperback and ebook editions. Penguin was second in the U.S. and third in Britain, behind Hachette.

Mike Shatzkin, founder and CEO of book research consulting firm Ideal Logical, said a tie up would make the joint venture by far the biggest player in the market.

"This is about negotiating power," Shatzkin said. "Random House and Penguin will have so many of the most important books, it's hard to see how any retailers can live without them."

Under the agreement, Pearson said it could sell its stake to Bertelsmann after three years, but if Bertelsmann declined to buy, the joint venture could raise debt to pay both sides a dividend. Either side could require a stock market flotation after five years.

Pearson will include its 47 percent share of the joint venture's profit after tax as an associate in its consolidated statement. While the 47/53 ratio is favorable to Pearson, given the size of the two publishers, the joint venture excludes Bertelsmann's German trade publishing business.

Shares in Pearson were flat at 1,222 pence at 1550 GMT, in line with the broader London market.

On October 3 Scardino said she would step down at the end of 2012 after 16 years, prompting analysts to wonder if the group would sell off its last remaining media assets and focus on its dominant education arm.

Many, however, had focused on whether Pearson would sell the FT Group, which publishes the Financial Times newspaper.

"Basically what people are really hoping for is (clarity) with the FT because that's the family silver and that would show they really have changed. I think they're seeing how it goes. One thing at a time," a top 50 Pearson shareholder said.

Bertelsmann, Europe's biggest media group and owner of European TV broadcaster RTL Group AUDK.LU, is also in the middle of an overhaul to catch up with rapidly changing markets.

Random House is strong in Britain and the United States, while Penguin - founded in 1935 by publisher Allen Lane, who decided the mass market needed cheap paperbacks after finding nothing to read at a railway station - is the world's most famous publishing brand, with a strong presence in fast-growing developing markets.

Both groups have had to invest in the launch of ebooks. They made up 22 percent of Random House's global business in the first half of 2012, compared with around 20 percent for Penguin.

Pearson also published a trading update, showing sales up 5 percent in the first nine months but operating profit down 5 percent, reflecting the sale of assets, acquisition costs and weakness in the British professional training market.