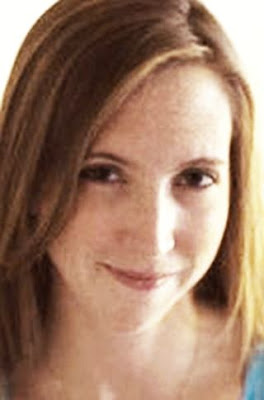 It is interesting to see what sparks an individual into the sciences.

Caitlin Casey knows just when the stars aligned in her life to reveal her destiny to be an astronomer: It was on a field trip to the Rock Bridge High School planetarium.

She doesn't remember exactly how old she was the first time she stepped into the planetarium, but she thinks it was kindergarten or first grade. She remembers how enormous the room looked. The stars in the dark sky left a lasting impression.

"It opened up my imagination to what science could be," she said.

All of that, she said, is because of those early experiences at the planetarium. She's not alone in that, she said — several Columbia Public Schools alumni attribute their science careers to an interest sparked there.

"The influence the planetarium has over local kids is overwhelming," she said yesterday during a visit to Rock Bridge, from which she graduated in 2003.

Some people might not appreciate that, she said, because it's not something you see from day to day, Casey said. But it's "one of the few things the district has that impacts almost every kid," she said.

Recently, the planetarium, which first opened in 1974, has gone through some tough times. Last school year, it was closed for six months when the star ball fell into disrepair.

A $50,000 gift from an anonymous donor allowed the district to update the planetarium to a professional digital system, and it reopened in April. Between April and the end of last school year, about 6,000 kids visited the planetarium.

Director Melanie Knocke said she wasn't surprised the planetarium was able to reopen.

"A bunch of people fought for it. The space is incredible," she said, pointing to the joint effort she, district Science Coordinator Mike Szydlowski and Rock Bridge Principal Mark Maus underwent.

About 10,000 more kids are scheduled for visits before the end of this school year, she said.

A fundraising campaign is still going, with the next stage being minor upgrades around the planetarium, such as new seats, for an estimated $30,000. The long-term goal comes at a higher price — $850,000, which would buy a new star ball.

Casey has been active in fundraising efforts. She noted the importance of getting kids interested in science, technology, engineering and math. Aside from a federal push in those areas, Casey said it's important to make sure the United States can compete with other countries.

Casey and Knocke agreed the planetarium is a unique and "non-threatening" way to capture kids' interest in science. "Science can be intimidating when it's taught in the classroom on a white board and memorizing facts," Casey said. "This is enchanting to elementary kids. It's irreplaceable."
Posted by Mercury at 6:49 AM