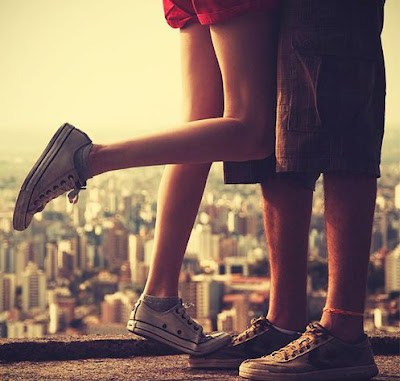 "What Science and Philosophy Tell Us About Love"

Suppose you are in love. More specifically, you have been in love with your partner for a couple of years now, and you are beginning to ask yourself a number of crucial questions: Why do I not feel as head over heel for him as I distinctly remember I used to until recently? Since we have been together for a while now, how should I approach the prospect of a long-term, potentially life-long relationship? At least, you would be asking those questions if you were reflecting on your feelings and on your attitude toward an important person in your life.

Traditionally, you had two places to look for meaningful answers: the folk wisdom (a.k.a. "common sense") of your friends and relatives, and religion. I will be blunt here: common sense has so often been proven wrong, or at the very least misleading, that it ought to come with a gigantic warning label. As for religion, well, it mostly boils down to made up stories to justify whatever it is that a given society's commonsense maintains to be true (e.g., that women are intellectually inferior to men, that gay life is an abomination, that slavery is good for the slaves, and so on).

What then? Enter what I have come to call "sci-phi," the congruence of science and philosophy. Think about it for a minute. Rejections of evolution and bizarre claims of climate change hoax notwithstanding, science has been by far the most successful human enterprise when it comes to getting facts about the world as straight as human beings can hope to get them. Similarly, philosophy is an age-tested way to reflect on our values and their implications, among other things. So why not take advantage of what the best science and philosophy have to say about the big questions in life?

Take for instance the questions my hypothetical you was asking about her relationship. In answer to your qualms about not having the same feelings you originally had for your partner, folk wisdom would probably tell you either that (a) you need not worry because it happens to everyone, or (b) that you need to worry because it is a sure sign that things are not going well. What are you supposed to do with that? In answer to your question about long-term attitudes within your relationship, a religious counselor might say that the bonds of human love are sacred in the eyes of God and that therefore you are now committed regardless of what is or is not likely to happen, and by the way why are you living in sin and haven't gotten your vows approved via the proper religious ritual?

Science and philosophy would provide you with answers that are a bit more nuanced, and much more likely to be true (science) or meaningful (philosophy). For instance, cognitive science has developed a reasonably good understanding of the basic emotions underlying love for a partner (infatuation, romance, attachment). As a result, we now know that in many people the burst of hormones and neurotransmitters that characterizes the beginnings of romantic love yields to a different set of chemicals that are associated with a deeper feeling of attachment. To simplify a bit, we naturally exchange the headiness of frequent sex with the calm and reassurance of knowing we are with someone we can trust and who cares for us. So, unless there are actual signs of trouble in the relationship, you can relax in the knowledge that the internal change you are experiencing is indeed normal.

This, however, doesn't mean that science is the beginning and end of what we ought to know about love. We have recently seen a flood of books and articles featuring "your brain on X," where X is everything from music to reading to tasting wine, but as interesting as cognitive science is, factual knowledge of what the brain does isn't going to tell you much about how you should (ethically) behave when in a relationship. That's where the philosophy part of sci-phi comes in.

The ancient Greeks distinguished three concepts of love: the erotic one, the one that manifests itself in the relationship between children and parents or between lifelong friends, and the one that we attach to ideals (or gods, if one believes in them). Modern philosophers have developed different types of understanding of love: as an emotion, as a type of concern for the other, as a union, and as valuing the other for the other's sake. The differences among these conceptions of love -- both ancient and modern -- should be an occasion for reflecting on our own way of relating to loved ones. Consider one example, just to wet your appetite.

Why, exactly, is it that broadly speaking we condemn the practice of "trading up" one's partner, as we do, say, with cars or smartphones? After all, if I love someone because of certain characteristics of that person -- say, her beauty, her wit, her intelligence, and so on, it is perfectly possible that, eventually, I will meet someone with those some characteristics "plus," a better version of my current companion. Why, then, should I not exchange the old model for the new one, so to speak? For a variety of reasons, answers the philosopher. For one thing, the more time you spend with someone the more unique experiences and memories you accumulate, which means that the relationship is growing in an important sense, a sense that would be nullified if you were to change partner and start anew. But a better reason is provided by Aristotle in the context of his so-called virtue ethics: trading up objectifies a companion, thereby undermining her human dignity. And consistently doing so results not only in developing an awful reputation among other human beings, but corrupts our own character, making us worse people. Conversely, practicing virtue is the path to what the ancients called eudaimonia, the happy (because moral) life.

[Massimo Pigliucci is Professor of Philosophy at the City University of New York. He is the author of Answers for Aristotle: How Science and Philosophy Can Lead Us to A More Meaningful Life (Basic Books, 2012). His philosophical musings can be found at rationallyspeaking.org .] 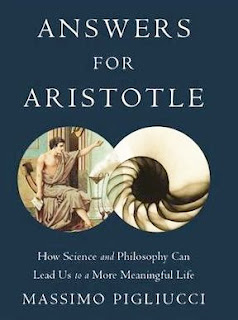 Answers for Aristotle: How Science and Philosophy Can Lead Us to A More Meaningful Life