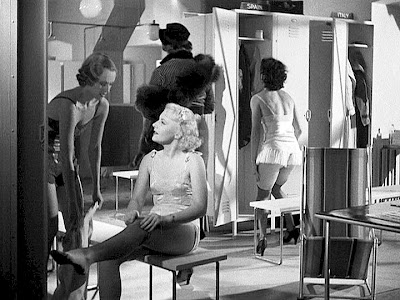 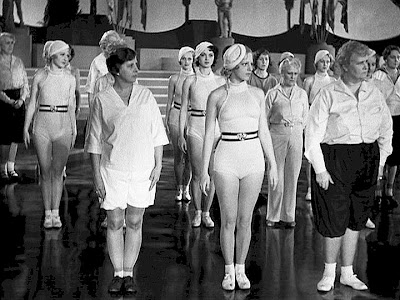 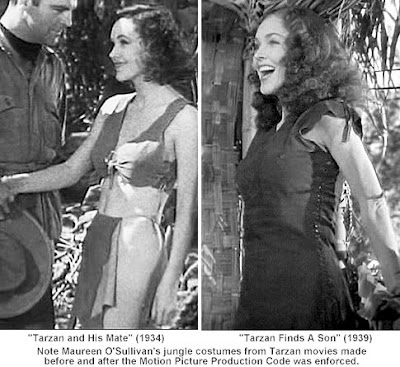 As the New York Film Festival slides into its final weekend on Friday, the fall’s other major cinematic event opens on Thursday, just a few blocks away. Celebrating its 10th anniversary, “To Save and Project,” the Museum of Modern Art’s international celebration of film preservation, offers a dense and varied collection of films that feels like a festival in itself — one that, unlike most, isn’t subject to the tyranny of the present.

The program reaches back to 1907 for a hand-colored short, “En Avant la Musique,” by the Spanish-born Segundo de Chomón, Georges Méliès’s great rival in the early cinema of special effects, to be shown as part of a group of films from the National Film Museum in Turin, Italy, on Nov. 3. And it approaches the current day for “Uprising,” a 2012 compilation that Human Rights Watch assembled from images of the Arab Spring demonstrations (showing as part of a program observing Unesco’s World Day for Audiovisual Heritage, on Oct. 27).

In between are about 75 films from 15 countries, a vast assortment of work in practically every conceivable format, from Hollywood features to home movies. And yet, as hefty as the program may be, it represents a small fraction of the films rescued each year from physical deterioration or commercial neglect by the world’s archives, museums and those studios enlightened enough to take responsibility for, and pride in, the films on which their business was built.

Paradoxically, even as preservation work proliferates, opportunities to see the films in question continue to dwindle, as studios cut back on their “deep library” releases to home video, black-and-white movies vanish from television, and even museums and revival houses turn more and more to the digital presentation of films through hard-drive digital cinema packages (or D.C.P.’s, to use the industry acronym), which are rapidly replacing celluloid film prints.

For the moment, at least, MoMA is holding the line: all but a handful of the screenings in “Save and Project” are being presented the old-fashioned way: on film. “I’m not entirely convinced that digital technology is sophisticated enough to compare with the quality of celluloid on a big screen,” said Joshua Siegel, an associate curator in the museum’s department of film and the organizer of this year’s festival. “There will be a time when we won’t be able to discern a difference, but for the time being I believe in showing these films in the original.”

Mr. Siegel’s purist approach is best represented by the two racy Hollywood features, made before the industry’s self-censorship regulations began to be strictly enforced, that open the festival on Thursday: John Francis Dillon’s 1932 “Call Her Savage,” with Clara Bow, and Raoul Walsh’s 1932 “Wild Girl,” a western romance with Joan Bennett. Both are new 35-millimeter prints struck from original nitrate materials donated to MoMA decades ago by 20th Century Fox.

But in cases where the original materials have been lost or damaged, digital restoration can bring otherwise unshowable films back to life, a process exemplified by “Genghis Khan” and “Lola,” screening on Friday.

“Genghis Khan” is a 1950 epic produced in the Philippines by the pioneering director Manuel Conde (who stars as that Mongol leader). Though it earned the admiration of the critic James Agee, who wrote English-language narration for the American release, the film had been thought lost until a release print turned up in Italy.

Digitally scrubbed of dirt and scratches by L’Immagine Ritrovata, a leading restoration facility in Bologna, Italy, under the sponsorship of the Film Development Council of the Philippines and the Venice Film Festival, the movie will be projected digitally at MoMA.

The negative of “Lola,” the debut film of the French director Jacques Demy (“The Umbrellas of Cherbourg”), was destroyed in a fire in 1970. A search conducted by Agnès Varda, Demy’s widow, turned up a print made from the original negative in the archives of the BBC. But because it was a print made for television, it had very low contrast (a requirement of the broadcast technology of the time), as well as extensive damage.

A new negative was made from that print using traditional photochemical methods, but not until this year, when the Groupama Gan Foundation for Cinema and the Technicolor Foundation for Cinema Heritage undertook a digital restoration, did “Lola’s” black-and-white, wide-screen images regain their original depth and luster. The results were “printed out” to 35-millimeter, and the film will be shown that way on Friday in the presence of its star, Anouk Aimée.

Acting as a guest curator this year is the critic J. Hoberman (“Film After Film”), whose interests in the political uses of movies are evident in a number of programs centered on the timely topic of the American presidency.

On Oct. 28 a daylong president-fest begins with “When Lincoln Paid,” a 1913 film directed by and starring Francis Ford (John Ford’s older brother and professional mentor) and ends with “The White House Home Movies: Richard Nixon on Super-8,” a collection of films shot by members of Nixon’s inner circle. Dwight Chapin, the president’s deputy assistant and one of the filmmakers (along with H. R. Haldeman and John Ehrlichman), will be present after the screening for a discussion of these unique glimpses of the Nixon presidency, joined by the documentary filmmakers Brian Frye and Penny Lane, who are using excerpts from the footage in their work in progress, “Our Nixon.”

“It’s a way of tracing the history of these films,” Mr. Siegel said. “The intentions of those who first shot them are not the same as those who are now looking back at them.” 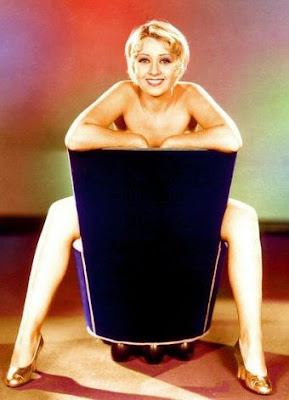 Joan Blondell in a 1933 publicity photo.

In its glory days - the mid-1990s - the Roxie Theater was known for its pre-Code festivals. Now with that theater's glory finally returning, thanks to several highly successful film noir festivals in recent years, the Roxie is kicking off its first pre-Code festival in more than a decade, and it's a good one, concentrating on three themes: sex, crime and horror.

The term pre-Code refers to a small window of time, approximately five years, between Hollywood's widespread adoption of sound and the coming of censorship in the form of the strict Production Code, which came down like an ax on July 1, 1934. Before that, only one thing held studios back, and that was their sense of what an audience would tolerate.

Fortunately for us, audiences in the early 1930s - coming off the social rebellion of the 1920s and in the midst of a devastating Depression - were in the mood for sophisticated, grown-up entertainment.

For example, remember how in the 1983 "Scarface," Al Pacino had an incestuous attraction to his younger sister? You probably assumed, if you thought of it at all, that that was the invention of Oliver Stone's script, but no. That element is very much there in the original 1932 "Scarface," which kicks things off Friday.

Or take "Island of Lost Souls" (1932), which demonstrates what the lack of censorship could do for the horror genre. One of the most existentially despairing horror films ever made, it makes an unspeakable analogy between the half men, half beasts created by a mad doctor (Charles Laughton) and the predicament of humanity in general. The film doesn't depict a safe world in which good triumphs over evil but one in which the universe itself may be an evil creation. This is brutal stuff. "Island" shares the bill Saturday with another heavy-duty entry, Tod Browning's "Freaks" (1932), one of the most curious films of the entire period and one that was too intense even for early-'30s audiences. In fact, it's a beautiful and humane film about circus freaks that stars actual circus freaks - pinheads, dwarves, an armless-legless man, etc. It's as harsh as "Island of Lost Souls" and yet as transcendent as that film is despairing. It's about the triumph of the soul over the body.
Capra masterpiece

Then on Sunday comes "The Bitter Tea of General Yen," director Frank Capra's first masterpiece and a far cry from his better-known populist films. Barbara Stanwyck plays a newly married woman who falls in love with a Chinese warlord, a subject that would have been impossible to touch after 1934. Yes, admittedly, the warlord is played by a 6-foot-2-inch Swede, Nils Asther, but notice the refinement of his performance and how the film is very much on Yen's side. This is a very adult film, which shares the bill with "The Cheat," with Tallulah Bankhead.

Now let's talk about sex. Right before the Code came in, nudity had come to movies. We see it very much on its way in "Murder at the Vanities" (1934) in which chorus girls, naked to the waist, cover themselves with their hands, while the singer extols the joys of marijuana. (You think I'm kidding? See it.) It plays Monday with "The Sensation Hunters" (1933), a bit of naughtiness from the Poverty Row studio, Monogram.

Then on Tuesday, welcome to the wonderful world of pre-Code Warners, with "Blondie Johnson," one of the more interesting of the Great Depression exposes, about a woman (the lovely Joan Blondell) whose mother dies because of government neglect, so she decides to get even by becoming a gangster. It shares the bill with "Ladies of the Big House." This is followed Wednesday by two movies that are so pre-Code they're practically sick: "The Story of Temple Drake" (1933), based on William Faulkner's "Sanctuary," is the story of a wild southern belle (Miriam Hopkins) who is abducted and raped but, for a time, falls in love with her assailant. And then there's "Call Her Savage," with Clara Bow as a loose woman who careens from man to man and, for a time, ends up on the street. The festival closes on an exotic note Thursday, with two films that explore the theme of the Very Bad Host. In "The Black Cat" (1934), Boris Karloff is a satanist who menaces his stranded American guests; and in "Kongo" (1932), Walter Huston is a complete sadistic maniac, living out in the jungle and inviting people to his hut in order to exact horrible revenge. If you get an invitation from one of these guys, don't go.
Smooth propaganda

Most of the films that came later, in the era of censorship, play today like smooth propaganda. These movies are raw by modern standards, but they tell the truth about the life of their time, even if we're only talking about the emotional or imaginative life, and they're exhilarating to watch. 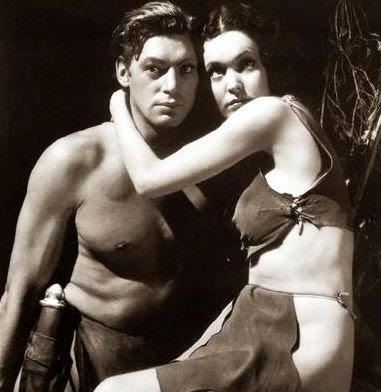