Halloween costumes...they do change over time 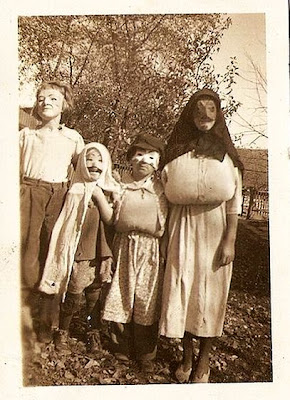 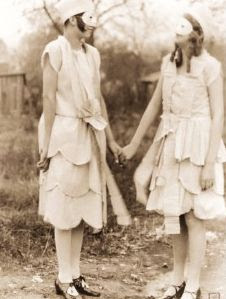 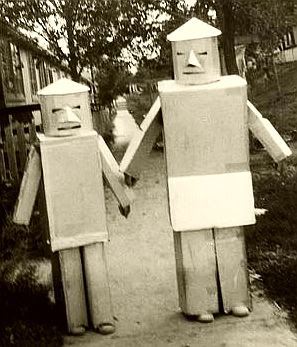 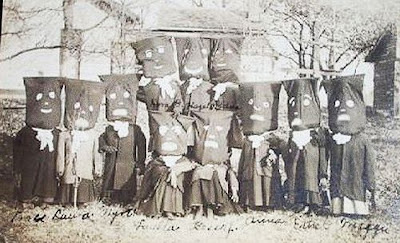 In times past the above would have been sufficient, but things change. 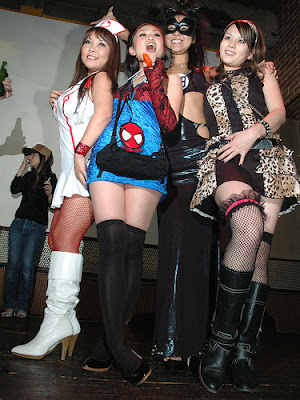 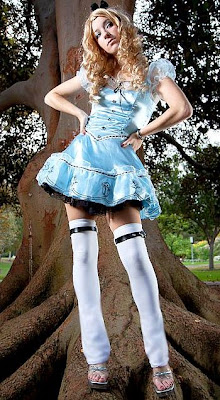 You can dress-up as Tim Burton’s Alice Kinglsey wearing this sexy costume inspired by the original dress from designer Colleen Atwood. The Tim Burton’s Alice in Wonderland costume includes a dress, headband and petticoat. The baby blue Alice dress features mesh lace short sleeves with an antique Victorian-era lace neckline trimmed in black ribbon. This sexy Alice costume is a flirty version of the dress worn by Mia Wasikowska on the 2010 Tim Burton’s Alice in Wonderland. The included black petticoat gives you added frills and more body to the skirt. The included blue headband with black bow is worn in the hair giving you classic character appeal. Time to follow that white rabbit down the whole to Underland so you can discover your heroic and empowered side in sexy style.

"The Dead Have Something to Tell You"

ONCE, we commemorated the dead, left out offerings to feed them and lamps to guide them home. These days, Halloween has drifted far from its roots in pagan and Catholic festivals, and the spirits we appease are no longer those of the dead: needy ghosts have been replaced by costumed children demanding treats.

Over the last century, as Europeans and North Americans began sequestering the dying and dead away from everyday life, our society has been pushing death to the margins. We tune in to television shows about serial killers, but real bodies are hidden from view, edited out of news coverage, secreted behind hospital curtains. The result, as Michael Lesy wrote in his 1987 book “The Forbidden Zone,” is that when death does occur, “it reverberates like a handclap in an empty auditorium.”

It wasn’t always this way. Death once occurred at home, with friends and family gathered around. Local women were responsible for washing the body and sewing the shroud. People sometimes slept in the same room as corpses, because there was nowhere else to go. In the Middle Ages, cemeteries often acted as the public square: you didn’t just walk on the graves, you ate, drank, traded and sometimes even sang and danced on top of them.

You can see this familiarity with death in the ways people have historically treated famous dead bodies. Alexander the Great’s mummy was one of the most revered objects in the ancient world, and a stop at his tomb provided a political boost to Roman emperors (Augustus supposedly went as far as kissing the corpse, though it’s said he knocked off Alexander’s nose in the process). Soon afterward, early Christians began building the first churches over the tombs of martyrs, and venerating their body parts — fingers and toes, tongues and eyeballs — as miracle-producing sacred relics. A letter from around A.D. 156 describes the bones of St. Polycarp as “more valuable than precious stones and finer than refined gold.”

The veneration of relics is a well-known religious practice, but the tradition also influenced the treatment of secular saints like Galileo and Descartes, whose bones were seen as symbols of their genius. When Galileo was exhumed in 1737 in Florence, Italy, for transfer to a more lavish tomb, several fingers, a tooth and a vertebra were plucked from his skeleton to be kept as relics. When Descartes was exhumed in Sweden in 1666 for reburial in France, a guard stole his skull, and the French ambassador pocketed his right index finger. During the French Revolution, a conservator reported that he’d carved some of Descartes’ bones into rings, which he distributed to “friends of the good philosophy.”

The idea of turning the dead into jewelry wouldn’t have seemed strange to the Victorians, who often wore rings, lockets and other adornments made from the hair of dead loved ones. The Romantics were particularly serious about these things, and Mary Shelley went so far as to keep Percy Shelley’s heart — plucked from his beachfront funeral pyre — in her desk drawer until she died. In her defense, keeping a heart as a relic wasn’t entirely uncommon: Voltaire’s heart is still kept at the Bibliothèque Nationale in Paris, while Chopin’s is preserved in alcohol at Warsaw’s Church of the Holy Cross.

Hearts and hair weren’t the only bodily remnants once kept around the house. After the author and statesman Thomas More was beheaded in 1535, his devoted daughter Margaret rescued his boiled-and-tarred head from its pike on London Bridge, preserved it with spices, and later asked to be buried with it in her arms. And the widow of the writer and adventurer Sir Walter Raleigh kept his embalmed head in a case after he was executed in 1618.

Today these stories strike us as macabre; they display an intimacy with death that seems downright unhealthy. But taken as signs of their times, it’s possible that they actually show a healthier relationship with death than the one we have now. Despite the (frequently commendable) advances that have removed death as a constant presence in our lives, it remains inevitable, and many of us are ill prepared when it comes.

The erasure of death also allows us to imagine that our mortal trivialities and anxieties are permanent, while a consistent awareness of death — for those who can stomach it — can help us live in the here and now, and teach us to treasure what we already have. In fact, a study by University of Missouri researchers released this spring found that contemplating mortality can encourage altruism and helpfulness, among other positive traits.

This idea probably would have seemed stranger half a century ago than it does now. While death is still largely absent from our lives, we’re starting to be a little more comfortable talking about it. Since the mid-1950s, a growing body of academic literature has sprung up around death, dying and grief. Cultural products that deal with corpses — everything from Mary Roach’s best-selling book “Stiff” to the Internet video series “Ask a Mortician” — are becoming more popular. “Death cafes,” in which people come together over tea and cake to discuss mortality, have begun in Britain and are spreading to the United States, alongside other death-themed conferences and festivals (yes, festivals).

Of particular note, the hospice movement has taken death back from an exclusively medical setting, and more Americans are now dying at home, frequently among their families. (According to the Centers for Disease Control and Prevention, 19 percent of Americans aged 85 and older died at home in 2007, compared to 12 percent in 1989.)

It’s never easy to confront mortality, but perhaps this year, while distributing the candy and admiring the costumes of the neighborhood kids, it’s worth returning to some of the origins of Halloween by sparing a thought for those who have gone before. As our ancestors knew, it’s possible that being reminded of their deaths will add meaning to our lives.

Rest in Pieces: The Curious Fates of Famous Corpses

Are we replacing zombie looks with sexy maid and witty high-concept constructs to avoid reminders of death? Or is it time to forget the otherworldly origins of Halloween and just have fun?

"Zombie Confessions: I Was a Sexy Nurse"

Halloween is my favorite holiday of the year, hands down. I’d trade the next 20 Christmases for a single Halloween: I'd pick death bells over jingle bells; and if a ghoul and a reindeer were in a fight, I’d root for the ghoul, even though I am a vegan.

As a tribute to my deep love for this glorious day, I spend October planning the Thriller NYC dance group for the Greenwich Village Halloween Parade. Together with my choreographer, Carolyn Kelly, we coach 150 people not just how to dance, but how to be dead, rotting and scary. We firmly believe that Halloween is a sacred day and should be honored with the evil of the Thriller.

It is painfully clear that there is a cultural divide when it comes to Halloween costumes.

Oddly enough, every year our spot in the parade is right behind a car full of naked girls whose costumes are simply painted onto their skin. My zombies grumble about this odd juxtaposition and have chided how those aren’t real costumes -- they also comment on, ahem, other things that may not be real. It is painfully clear that there is a cultural divide when it comes to Halloween costumes. One will either honor the day with the macabre, as my zombies would argue is how the holiday is supposed to be celebrated, or one will don a pair of hot pants and high heels and make up an identity to go with the outfit.

But, I have to confess, I’m writing as someone who has dabbled in both the ugly and less respected “sexy” worlds. Having just gotten married in September, a zombie bride was the natural choice for this year. I was a zombie flapper in 2011 and just your regular run-of-the-cemetery zombie in 2010.

Although my zombies may snuff at those in fishnets who aren’t bloodied and oozing, one thing I know is this: whatever your aesthetic, Halloween is simply a celebration. The magic of Halloween is escaping from your everyday world and living in a fantasy land, wherever that may be. For 364 days of the year, we are expected to fulfill our everyday duties, show up to work in proper attire, and adhere to dress codes in bars and restaurants.

But on Oct. 31, all bets are off. You can wear whatever you want and be whoever you please.

[Erin Earley is the organizer of Thriller NYC, a performance featuring 150 zombie dancers that is part of the Village Halloween Parade.]

Costumes on the cheap...

From the inanimate to the animate..."The Golem"

A fun place to visit on Halloween
Posted by Mercury at 12:40 PM