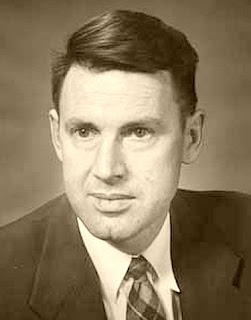 Robert F. Christy, who as a young Canadian-born physicist working on the Manhattan Project came up with a critical insight that led to the creation of the world’s first atom bomb, died on Wednesday at his home in Pasadena, Calif. He was 96.

His death, after a brief respiratory illness, was confirmed by his family.

Dr. Christy later turned his mind to the riddles of space and served as provost of Caltech. But he was more widely known as one of the last surviving leading scientists to have worked on the atomic bomb.

Dr. Christy was present at important junctures in the early atomic era, including the debut in 1942 of the world’s first nuclear reactor in Chicago. Most notable was his contribution to the design of the explosive core of the first atom bomb, which lit up the New Mexico desert during a nighttime test in 1945. The atom bomb dropped on Nagasaki also used his design.

The first bomb, developed in secrecy during World War II at Los Alamos, N.M., relied on implosion. The plan was to detonate a sphere of conventional explosives, the blast from which would compress a central ball of nuclear fuel into an incredibly dense mass; that in turn would start a chain reaction that would end in a nuclear explosion.

But the Los Alamos team discovered that the interface between the detonating explosives and the hollow sphere could become unstable and ruin the crushing power of the blast wave.

Dr. Christy, while studying implosion tests, realized that a solid core could be compressed far more uniformly, and he worked hard in the days that followed to convince his colleagues of its superiority. He succeeded, and the hollow core was replaced with one made of solid plutonium metal.

A 1993 book, “Critical Assembly,” sponsored by the Department of Energy, which maintains the nation’s nuclear arsenal, said Dr. Christy’s insight reduced the risk that the core would lose its spherical form and thus fail to explode.

And Robert S. Norris, an atomic historian and the author of “Racing for the Bomb,” called Dr. Christy’s breakthrough, known as the Christy pit, “a conservative solution to a problem they were having” that “increased the likelihood of a successful detonation.”

Robert Frederick Christy was born May 14, 1916, in Vancouver and studied physics at the University of British Columbia. He was a graduate student at the University of California, Berkeley, under J. Robert Oppenheimer, a leading theoretical physicist who became known as the father of the atomic bomb.

After completing his studies in 1941, Dr. Christy worked at the University of Chicago before being recruited to join the Los Alamos team when Oppenheimer became its scientific director.

After the war, Dr. Christy joined Caltech in theoretical physics and stayed at the university for the rest of his academic career, serving as a faculty chairman, vice president, provost (from 1970 to 1980) and acting president (1977-78). He was elected to the National Academy of Sciences.

Dr. Christy came to question the wisdom of further developing nuclear arms, though he never became an activist on the issue.

His love of nuclear physics led him to study cosmic rays and to investigate what drove the pulsating brightness of an important class of stars used as yardsticks to measure cosmic distances.

In 1967, he won the Eddington Medal of the Royal Astronomical Society for his work in theoretical astrophysics.

While working for the National Research Council during the 1980s and ’90s, Dr. Christy studied the effects of atomic radiation on the Japanese people resulting from the Hiroshima and Nagasaki bombings to help determine safe radiation levels and better understand radiation’s medical risks.

He is survived by his wife, I. Juliana Christy-Sackmann; two daughters; two sons from a previous marriage, which ended in divorce; and five grandchildren.

Dr. Christy may be best remembered for a bitter encounter that crystallized the resentment that many American scientists felt toward Edward Teller, considered the father of the hydrogen bomb.

During the height of American cold war fears of Communist influences, Teller, a veteran of the Manhattan Project, had testified against Oppenheimer before the Atomic Energy Commission, questioning his judgment and recommending that the government revoke his security clearance.

Shortly after the testimony, in the summer of 1954, scientists attending a conference at Los Alamos were preparing for a picnic lunch on a terrace. Teller saw Dr. Christy, an old friend, and hurried over to greet him.

But Dr. Christy, a former protégé and colleague of Oppenheimer’s and known to be a courteous, genial man, threw back an icy glance and walked away.

“I was so stunned that for a moment I couldn’t react,” Teller recalled in “Memoirs,” a 2001 book. “Then I realized that my life as I had known it was over.”


Historical event in 1942 at the University of Chicago

Chicago and the Manhattan Project