Wired.com
Drawing was a terribly important part of science until the mid-19th century. Without photography, scientists, particularly in the life sciences, had to document what they saw with painstaking illustrations.

The clarity and "realness" of photographs eventually relegated scientific drawing to a hobby, but it didn't happen overnight. Photographers working at the microscopic scale had to devise new emulsion chemistries and types of equipment to capture clear images of tiny things.

Leading the charge was Auguste-Adolphe Bertsch, who worked to overcome any challenge that scientists threw at him. Unfortunately, he died during leftist social unrest in France in 1871. As a result, his pioneering work languished in the archives of the French photography society, Société française de photographie, until Corey Keller dug them up for her new exhibit about early scientific photography, Brought to Light Photography and the Invisible, at San Francisco's Museum of Modern Art.

"Photographers would deposit their pictures with this organization sort of as a way of staking their claim to achievements," Keller told Wired.com. "So these pictures went there directly from the man who made them and have been there ever since."

Even as they solved technical challenges, the photographers faced social resistance. The idea of representing a specific living thing instead of a generalized abstraction of an organism forced scientists to let go of long-held notions about their discipline.

"Prior to the 19th century, the scientific illustrations tend to represent a type, an ideal. So if you were going to do a picture of a flower, for example, the illustrator would look at 20 flowers and then take the common features and make an ideal flower," said Keller. "So, if that particular one happens to have a defective petal or something peculiar to it, you never really know: Does that photograph substitute then for that type of flower in general, or does it only represent that one specimen?"

While it may have posed a challenge for scientists of the 19th century, it's the unique nature of each photograph taken during this early period that wows us, even now. 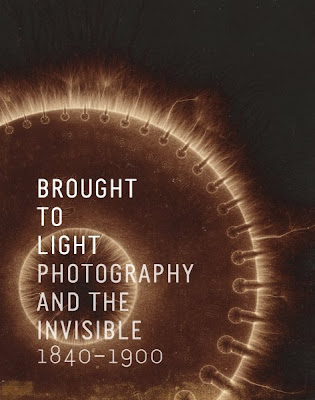 ISBN-10: 0300142102
ISBN-13: 978-0300142105
Brought to Light invites readers to step back to a time when photography, X-rays, and movies were new, when forays into the world beneath the skin or the realm beyond our everyday vision captivated scientists and the public alike. In this book, accounts of scientific experimentation blend with stories of showmanship to reveal how developments in 19th-century technology could enlighten as well as frighten and amaze. Through a series of 200 vintage images—produced by photographers, scientists, and amateur inventors—this book ultimately traces the rise of popular science.

The images demonstrate early experiments with microscopes, telescopes, electricity and magnetism, motion studies, X-rays and radiation, and spirit photography. We learn how these pictures circulated among the public, whether through the press, world’s fairs, or theaters. What started out as scientific progress, however, often took on the trappings of magic and superstition, as photography was enlisted to offer visual evidence of clairvoyance, spirits, and other occult influences.

With beautifully reproduced plates and engaging narratives, this book embodies the aesthetic pleasures and excitement of the tale it tells.