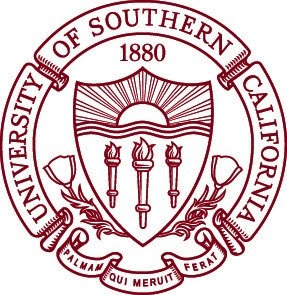 James C. Warf
September 1st, 1917 to November 7th, 2008
And yet another participant of the Manhattan Project passes.

Los Angeles Times
James C. Warf, a retired USC chemistry professor who became a peace activist after studying nuclear energy and the effects of radiation, died Friday at his home in Silver Lake. He was 91.

A member of the USC faculty for 40 years, he had been diagnosed with cancer of the spine in June, his daughter, Sandy, said Saturday.

While working on his doctorate in inorganic chemistry at Iowa State University in the 1940s, Warf headed the analytical chemistry section of the Manhattan Project that produced the first atomic bomb during World War II.

"I was gratified that it was a success," he said of the U.S. strike against Hiroshima in 1945 that effectively ended the war. "At the time, I was in favor of it."

"After the war, I was all gung-ho for things nuclear," he added in a 1991 interview with the Oklahoma newspaper Tulsa World.

But as the decades passed, Warf's views evolved. He began sounding alarms about the effects of radiation after studying data collected over many years from residents near a nuclear test site in Kazakhstan and from victims of the 1986 Chernobyl disaster.

Warf also held patents for the process of separating plutonium from high-level nuclear waste, the result of his work on the Manhattan Project.

"This was a matter of some regret to him because the technology was then used to proliferate nuclear weapons worldwide," Dan Hirsch, founder of the nuclear policy group Committee to Bridge the Gap, told The Times on Saturday. "He spent much of his life trying to reduce the risks that erupted when the genie was let out of the bottle."

He also continued to advocate for nuclear technology applied to peacetime uses, such as energy and medicine.

"He generally supported nuclear power in the abstract," Hirsch said. "He believed well-run nuclear power plants could be acceptably safe. But every time he looked at a particular project, he came away astonished that they were horrendously run and dangerous."

In 1989, Warf published the book "All Things Nuclear," a comprehensive overview of the uses of nuclear technology.

"That's like a bible on the nuclear phenomenon," said Sheldon Plotkin, a systems and safety engineer and, like Warf, a member of the Southern California Federation of Scientists. "It's the kitchen sink."

Warf also wrote several chemistry textbooks, including six in Indonesian, or Malay, after having taught at various universities in Southeast Asia while on sabbatical from USC.

James Curren Warf Jr. was born Sept. 1, 1917, in Nashville and grew up in Tulsa. His mother was a homemaker and schoolteacher, and his father was a fire marshal and arson investigator. He earned his bachelor's degree in 1939 at the University of Tulsa, where in a psychology class he met Lee Walker, who would become his first wife.

Warf worked at Phillips Petroleum in Oklahoma and taught chemistry at his alma mater before working on the Manhattan Project from 1942 to 1947.

He studied for a year in Switzerland on a Guggenheim fellowship and arrived at USC in 1948. He taught there for 40 years, specializing in rare-earth metals, and retired in 1988.

Warf is survived by his wife of 42 years, Kyoko Sato Warf; three children from his first marriage, daughter Sandy of Seal Beach and sons Curren of Silver Lake and Barney of Lawrence, Kan.; three grandchildren; and a great-grandchild. His first wife died in 1959.

A memorial service is planned for 2 p.m. Dec. 13 in the Vineyard Room at USC's Davidson Conference Center.

For 40 years, Warf read chemistry texts for Recording for the Blind and Dyslexic. His family suggests contributions in his name to that organization....

The Future of Nuclear Power 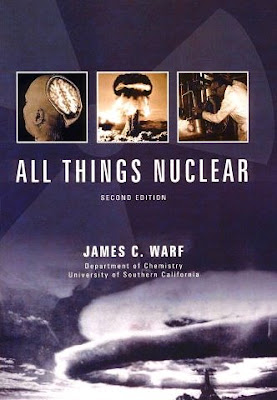 Everyone needs a copy. . . . Professor Warf has made a major contribution to the science education of us all. Sheldon C. Plotkin, Ph.D., P.E. (All Things Nuclear) is concise, clearly written, comprehensive, and ideally suited for both a general and an academic audience. It is especially valuable in providing a scientifically sound foundation for the many social concerns unleashed by nuclear technology. Roger Dittman, Ph,D., Professor of Physics Emeritus, California State University, Fullerton For some years now, I have used . . . All Things Nuclear as a required text in my course. . . . In this course, I attempt to cover for the lay person the basic physics and engineering of nuclear energy, including reactors, nuclear weapons and warfare, accidents, and applications in medicine and industry. (The) book covers all of these, and in an excellent and balanced fashion. I find it well written, comprehensive, and easy to use. Charles Shapiro San Francisco State University
Posted by Mercury at 5:21 AM