Looking ahead...Obama and the chemical industry 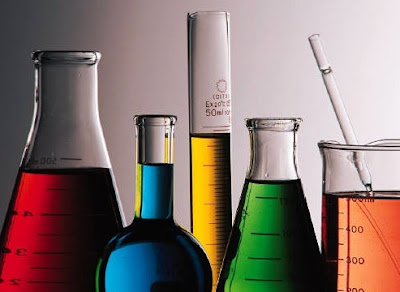 Too early to predict anything for President Barack Obama will be challenged with greater issues of economics and war.

Chemical & Engineering News
PRESIDENT-ELECT BARACK H. OBAMA, when he takes office on Jan. 20, 2009, will bring changes for science and technology policy, as well as for regulation affecting the chemical sector, according to observers. The president-elect's transition teams began work on key issues and appointments immediately after the historic Nov. 4 elections.

Although the next president's choices for key federal posts—including his science adviser and the heads of NIH, EPA, and the Department of Energy—have yet to be named, his positions on scientific issues during the campaign make it clear that the chemical sector can expect to see change, ranging from potentially more money for basic research to revisions of environmental regulations.

Obama has stated that government funding for basic research is too low and that he will double budgets for basic research over the next decade. He has pledged to end the ban on federal funding of research on embryonic stem cell lines created after Aug. 9, 2001, and to ensure that such research is conducted ethically and with rigorous oversight.

Obama also has committed to better use of science advice in government. He has said he will appoint individuals with unquestioned reputations for integrity at senior science and technology management positions. He promises to strengthen the role of the President's Council of Advisors on Science & Technology and to appoint a chief technology officer, a new post, to coordinate government infrastructure, policies, and services.

Another focus of the Obama Administration will be energy. During his campaign, Obama pitched a plan to rebuild the economy through $15 billion in annual government spending on renewable energy that will create 5 million energy-related jobs while cutting carbon dioxide emissions. Half-a-dozen local and national environmental organizations pledged at a post-election-day briefing to push Obama to follow through with his plan.

The environmental groups said they see no contradiction in government funding of new non-CO2-emitting power sources in the midst of a financial crisis. In fact, they argued, a big part of the solution to the financial crisis is more green jobs—in home weatherizing, manufacturing and installing wind turbines and solar panels, rebuilding the electric grid, and new green building construction.

The environmental groups also noted that they expect changes to regulations—which may impact the chemical industry—to take place quickly. Specifically, they expect the Obama Administration to swiftly reverse two Bush Administration decisions that prohibit California from regulating CO2 tailpipe emissions and EPA from regulating CO2 as a pollutant under the Clean Air Act.

The chemical industry is bracing itself for the Obama transition. The election results "will create historic challenges for our industry's priorities, but they will also offer some opportunities," says Bill Allmond, director of government relations at the Synthetic Organic Chemical Manufacturers Association. "It is clear that a majority of Americans have chosen the Democratic Party to lead the country in a different direction," he remarks. "With control of the White House and solid majorities in Congress, Democrats will wield significant authority but also have an enormous responsibility."
Posted by Mercury at 5:02 AM