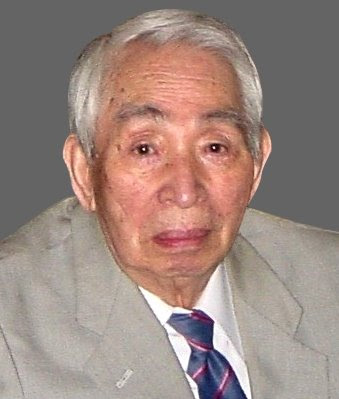 The New York Times
Kiyoshi Ito, a mathematician whose innovative models of random motion are used today in fields as diverse as finance and biology, died Nov. 17 at a hospital in Kyoto, Japan. He was 93.

His death was confirmed by his daughter, Junko Ito.

Mr. Ito is known for his contributions to probability theory, the study of randomness. His work, starting in the 1940s, built on the earlier breakthroughs of Albert Einstein and Norbert Wiener. Mr. Ito’s mathematical framework for describing the evolution of random phenomena came to be known as the Ito Calculus.

"People all over realized that what Ito had done explained things that were unexplainable before," said Daniel Stroock, a professor of mathematics at the Massachusetts Institute of Technology.

Mr. Ito's research was theoretical, but his models served as a tool kit for others, notably in finance. Robert C. Merton, a winner of the Nobel in economic science, said he found Mr. Ito's model "a very useful tool" in his research on the evolution of stock prices in a portfolio and, later, in helping develop a theory for pricing stock options that is used on Wall Street today. Mr. Ito, he said, was "a very eminent mathematician."

Starting in the 1950s, Mr. Ito spent lengthy stints outside Japan at the Institute for Advanced Study in Princeton, N.J., Aarhus University in Denmark, Cornell and Stanford. Each of his three daughters was born in a different country — one in Japan, one in Denmark and one in the United States.

Japan is often said to have an inward-looking culture, Mr. Stroock noted. "But this was a man who was the opposite of insular," said Mr. Stroock, who occasionally collaborated with Mr. Ito.

Kiyoshi Ito was born Sept. 7, 1915, in a farm town west of Nagoya, Japan. An excellent student, he was accepted to Japan's elite Tokyo University. After graduating, he spent the war years mainly as a statistician in a government office, worked briefly as an assistant professor at Nagoya University and returned to Tokyo University for his doctorate in 1945.

Mr. Ito learned four foreign languages, Chinese, German, French and English. Yet he mastered them as written languages instead of conversationally. He liked to joke about how his spoken English was impenetrable to many Americans, notably on a car trip to Texas with his youngest daughter, Junko, who ended up doing all the talking with Texans.

Mr. Ito collected many professional honors and awards over the years. He was a foreign member of the national academies of science in the United States and France. He was awarded the Kyoto Prize, the Wolf Foundation Prize of Israel and the Carl Friedrich Gauss Prize of Germany.

Mr. Ito is survived by his three daughters, Keiko Kojima of Otsu, Japan; Kazuko Sorensen of London; and Junko of Santa Cruz, Calif. His wife of 61 years, Shizue, died in 2000.

Mr. Stroock of M.I.T. said Mr. Ito had an intense curiosity, whether focused on math theory or world affairs or shoeing horses. When Mr. Stroock taught at the University of Colorado in the 1970s, he recalled, Mr. Ito stayed with him while they worked on a writing project together. One day, Mr. Stroock told Mr. Ito that he could not work on their book because his horses were being shod that day.

Mr. Ito eagerly trailed along. "He drove the farrier crazy because every time the guy did anything, Ito asked a question," Mr. Stroock said.
Posted by Mercury at 5:43 AM