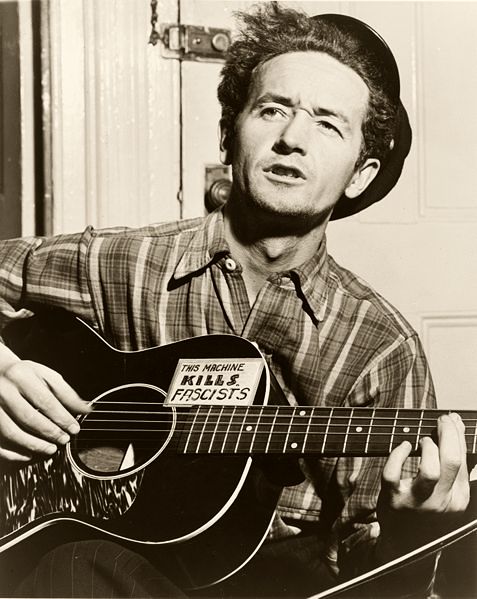 Some of the 3,000 songs Woody Guthrie composed – classics such as This Land Is Your Land, Deportee and Do-Re-Mi – are etched into America’s collective consciousness. But Guthrie, who died in 1967 at the age of 55, was also an illustrator and, as it turns out, a novelist.

House of Earth is a previously unpublished novel from 1947. Guthrie wrote it originally by hand and then typed it up while he was living near the Chisos Mountains, Texas. It drew praise from the musicologist Alan Lomax, so Guthrie mailed it to the Hollywood documentary film-maker Irving Lerner, hoping it would be made into a movie. Lerner was not interested, and the manuscript languished for more than 60 years, until a typescript was found when the McFarlin Library at the University of Tulsa began assembling a Woody Guthrie collection.

In an engrossing introduction, written by the actor Johnny Depp and historian Douglas Brinkley, Guthrie’s novel is described as “an artefact from another era”. After the novel was uncovered, Depp showed it to Bob Dylan, a fan of Guthrie’s music since his teenage years. Dylan said he was “surprised by the genius” of the prose.

Guthrie would go on to write a quasi-fictional memoir called Bound for Glory, but House of Earth is a heartfelt story about grinding poverty. And it’s a rallying cry for building better homes. While in New Mexico, Guthrie had been transfixed by houses built with soil-straw bricks, and a pamphlet called Adobe or Sun-Dried Brick for Farm Buildings almost became his bible. He drew on memories of cheap wooden shacks beset by windblown topsoil, tumbleweed, rain and snow and plagues of termites for vivid descriptions of the houses he wanted replaced.

Where the novel dwells on his visions of adobe houses it feels dated and slow, but it has more to it than this. Guthrie was a great observer and his time in the Thirties roaming through the Dust Bowl states of Oklahoma and Texas (as John Steinbeck did) enabled him to write with a homespun authenticity, and a fine ear for dialect. His two main characters – hardscrabble farmers Tike and Ella May Hamlin – use the language of the time, and colloquialisms such as “don’t git hurried”, "shore cain't" and "goshamighty" abound.

Some scenes are genuinely moving. When Ellie May can no longer stand their "old filthy mousetrap" of a shack, she goes out in to the wind and screams: "Why has there got to be always something that knocks you down? Why is this country full of things that you can't see, things that beat you down, kick you down, throw you around, and kill out hope?"

Two long scenes – of sex and birth – dominate the action. The lovemaking in the barn may have been one reason Hollywood didn’t rush to film Guthrie’s novel.

It really is a roll in the hay, with 30 pages of hanky-panky (to represent the fertility ritual), including the memorable line: “You got more joosey magoosey in these tits of yours here than in any of our old milk cows.” Perhaps there could be a new “Folk” section in the Bad Sex in Fiction awards?

There is a weary resignation at the core of the book. It’s a “dog-eat-dog world” where, as Guthrie puts it, “the year went round and the wheel of time rolled down the road of trouble”. A glimpse of hope comes in the message that men and women can rely on each other to get through the “storms of life”; there is a touching moment when Ella sees “other visions” of her beaten, careworn husband. “She saw a picture of him on the first day that she had seen him. Yes. He rode a fast bareback pony up along a hard dirt road, and he waved his hat and yelled so loud that he caused her buggy to snort and run wild.”

Guthrie’s centenary was celebrated last year with a Woody at 100 box set which this week won an award at the Grammys. This novel, more than a curiosity, is both welcome and timely. 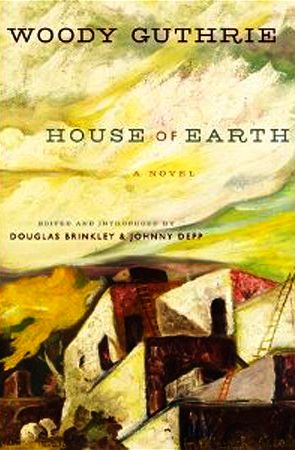 House of Earth: A Novel

Here is a sample of Woodie Guthrie...


This Land Is Your Land