Isn't it all "definition" and sadly no definition can be derived 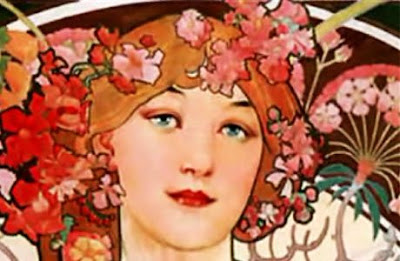 The Chronicle of Higher Education

Does science have a "beauty" problem? David Orrell, a mathematician and consultant, argues that it does—or, at least, that some of its practitioners are in thrall to ideals involving "elegance," "symmetry," and "unity" that are beckoning them down false paths.

From Euclid and Pythagoras down to 20th-century physicists, many who explore the underlying laws of the natural world have seen truth and beauty as inextricably intertwined. "Beauty is a successful criterion for selecting the right theory," the Nobel Prize-winning physicist Murray Gell-Mann said in a much-quoted TED talk, in 2007. In their popular-philosophizing mode, physicists like to quote the poets Keats ("beauty is truth, truth beauty") or Blake on the subject of nature's "fearful symmetry."

Indeed, the theme of this year's meeting of the American Association for the Advancement of Science, next month in Boston, is "The Beauty and Benefits of Science." Unfortunately, Orrell writes in his new book, Truth or Beauty: Science and the Quest for Order (Yale University Press), "It is easier to claim a theory is beautiful than to show that it actually works, or makes sense."
He points to modern physics, in particular, as especially prone to develop ever-more-elaborate models whose goals have more to do with elegance or beauty for beauty's sake than anything else.

"Historically, there was this give and take between mathematical beauty and scientific productivity," Orrell said in a recent interview. But in physics, "if you look in recent decades, it's as if the aesthetics has taken over. Theory hasn't had the input from data to put it on the right path."

His book arrives at a vulnerable moment for physics: during the "Higgs Boson Hangover," as Slate dubbed it. The discovery of the Higgs boson particle helps to complete and confirm the existing Standard Model of physics, but the Large Hadron Collider that produced it has not provided any evidence for the newer theories in physics that have been vying for attention.

Today the grandest quest of physics is to render compatible the laws of quantum physics—how particles in the subatomic world behave—with the rules that govern stars and planets. That's because, at present, the formulas that work on one level implode into meaninglessness at the other level. This is deeply ungainly, and significant when the two worlds collide, as occurs in black holes. The quest to unify quantum physics (micro) and general relativity (macro) has spawned heroic efforts, the best-known candidate for a grand unifying concept presently being string theory. String theory proposes that subatomic particles are not particles at all but closed or open vibrating strings, so tiny, a hundred billion billion times shorter than an atomic nucleus's diameter, that no human instrument can detect them. It's the "music of the spheres"—think vibrating harp strings—made literal.

A concept related to string theory is "supersymmetry." Physicists have shown that at extremely high energy levels, similar to those that existed a micro-blink after the big bang, the strength of the electromagnetic force, and strong and weak nuclear forces (which work only on subatomic levels), come tantalizingly close to converging. Physicists have conceived of scenarios in which the three come together precisely, an immensely intellectually and aesthetically pleasing accomplishment. But those scenarios imply the existence of as-yet-undiscovered "partners" for existing particles: The electron would be joined by a "selectron," quarks by "squarks," and so on. There was great hope that the $8-billion Large Hadron Collider would provide indirect evidence for these theories, but so far it hasn't.

Like other critics of string theory and its variants, Orrell argues that it is basically unfalsifiable. If the Large Hadron Collider continues to fail to turn up evidence to support those theories, physicists can always say the problem is that they need an even more colossal collider that would hurl particles at one another at even greater speeds.

Is it presumptuous for a nonphysicist—Orrell has a Ph.D. in math from Oxford, and, as a consultant, models the likely effects of drugs, among other things—to criticize the work of the mighty minds that have defended string theory, including Brian Greene, author of The Elegant Universe, and Leonard Susskind, of Stanford University, and the Nobel Prize-winning Steven Weinberg, of the University of Texas at Austin? (Before his Ph.D., Orrell worked as an engineer on the now-defunct Superconducting Supercollider in Texas.)

"You can be a music critic without being a musician," says Marcelo Gleiser, a physicist at Dartmouth College who has made points similar to Orrell's. "It would be silly to diminish the importance of symmetry," Gleiser continues. "We look out in the world and we see a very complicated pattern of stuff, and the notion of symmetry is an important way to make sense of the mess. The sun and moon are not perfect spheres, but that kind of approximation works incredibly well to simulate the behavior of these bodies."

But the idea that what's beautiful is true and that "symmetry rules," as Gleiser puts it, "has been catapulted to an almost religious notion in the sciences," he says. In his own book A Tear at the Edge of Creation (Free Press), Gleiser made a case for the beauty inherent in asymmetry—in the fact that neutrinos, the most common particles in the universe, spin only in one direction, for example, or that amino acids can be produced in laboratories in "left-handed" or "right-handed" forms, but only the "left-handed" form appears in nature. These are nature's equivalent of Marilyn Monroe's mole, attractive because of their lopsidedness, and Orrell also makes use of those examples.

But Weinberg, the Nobel-winning physicist at the University of Texas at Austin, counters: "Betting on beauty works remarkably well." The Large Hadron Collider's failure to produce evidence of supersymmetry is "disappointing," he concedes, but he notes that plenty of elegant theories have waited years, even decades, for confirmation. Copernicus's theory of a Sun-centered universe was developed entirely without experiment—he relied on Ptolemy's data—and it was eventually embraced precisely because his description of planetary motion was simply more economical and elegant than those of his predecessors; it turned out to be true.

Closer to home, Weinberg says his own work on the weak nuclear force and electromagnetism had its roots in remarkably elegant, purely abstract theories of researchers who came before him, theories that, at first, seemed to be disproved by evidence but were too elegant to stop thinking about.

In physics, the idea of "symmetry" is not identical with the one from art-appreciation classes: It can mean that physical laws do not differ by location or spatial orientation, for example, or that matter cannot be created or destroyed, only transformed.

But the intertwining of the artistic and scientific notions goes back a long way. Pythagoras' discovery that musical intervals—octaves, thirds, fifths—corresponded with the ratios of strings (a string half as long as an otherwise identical one will sound an octave higher) gave birth to potent idea of the "music of the spheres."

Pythagorean philosophers posited that, in addition to the Sun, Earth, Moon, stars (then seen as one layer), and five known planets, there was something called the "counter-Earth"—only because that raised the number of heavenly bodies to 10, which, in Pythagorean theory, represented the cosmos. There is not as much of a gap between that kind of model tweaking and what physicists do today as they'd like to think, Orrell believes.

Kepler, the great astronomer, was convinced that the orbits of the planets fit neatly into the five "regular solids" identified by Euclid—pyramid, cube, octahedron, dodecahedron, and icosahedron—until he reluctantly concluded that the orbits were (much uglier) ellipses.

A modern triumph of divining order in nature is the periodic table, which predicted the discovery of elements fitting precisely into "gaps" in the table. More recently, physicists were overwhelmed by what has been described as the "zoo" of particles discovered by atom smashers in the years after World War II. Gell-Mann determined that if you assumed that some of the heaviest particles discovered contained smaller elements—he called them "quarks"—with varying charges and other properties, they sorted into neat geometric forms according to those properties. That might be seen as fanciful, if it had not generated predictions about unknown particles later found.

But is the predictive power of theorizing in physics waning? That's the contention of people like Orrell, Gleiser, and the Columbia mathematician Peter Woit, a noted string-theory critic. Where string theory is concerned, however, Columbia's Brian Greene has cautioned against setting an "arbitrary timetable for complete success."

To Orrell, it's not just that many scientists are too enamored of beauty; it's that their notion of beauty is ossified. It is "kind of clichéd," Orrell says. "I find things like perfect symmetry uninspiring." (In fairness, the Harvard theoretical physicist Lisa Randall has used the early unbalanced sculptures of Richard Serra as an example of how the asymmetrical can be as fascinating as the symmetrical, in art as in physics. She finds this yin-yang tension perfectly compatible with modern theorizing.)

Orrell also thinks it is more useful to study the behavior of complex systems rather than their constituent elements, a preference that's perhaps not surprising given his academic and professional experience. At Oxford, his Ph.D. involved predictions involving "nonlinear" systems, including the weather. And the subject of some of his current professional forecasts, biology, has proved notably resistant to the kind of bottom-up predictive modeling physicists engage in.

Outside of physics, Orrell reframes complaints about "perfect-model syndrome" in aesthetic terms. Classical economists, for instance, treat humans as symmetrical in terms of what motivates decision-making. In contrast, behavioral economists are introducing asymmetry into that field by replacing Homo economicus with a quirkier, more idiosyncratic and human figure—an aesthetic revision, if you like.

Economics is a familiar punching bag, but Orrell may court more controversy in his criticism of the models used by climate scientists. Like a more famous student of prediction, Nate Silver, author of The Signal and the Noise (Penguin), Orrell thinks that climate scientists have too much faith in the accuracies of the models they use to forecast global warming. (Not unlike physics, short-to-medium-term weather forecasting "has kind of hit a wall," he says.) While he doesn't doubt that global warming is occurring or that greenhouse gasses are the cause, he thinks the problems that bedevil weather forecasting—feedback loops and unpredictable "emergent" events, including cloud formations—necessarily complicate climate forecasts, too.

To Michael Mann, however, a climatologist at Pennsylvania State University, that argument "betrays a lack of understanding" of the distinction between short-term and long-term predictions. "Even though I can't predict the exact distribution of clouds, I can predict with a great degree of confidence that it will be warmer in six months than in 12 months" because of the rhythms of the seasons, he says. He adds that Orrell's accounts of climatologists' predictive errors, in his book amount to "cherry-picking the history."

The broader issue, though, is whether science's search for beautiful, enlightening patterns has reached a point of diminishing returns. If science hasn't yet hit that point, might it be approaching it? The search for symmetry in nature has had so many successes, observes Stephon Alexander, a Dartmouth physicist, that "there is a danger of forgetting that nature is the one that decides where that game ends."

[Christopher Shea is a contributing writer for The Chronicle.] 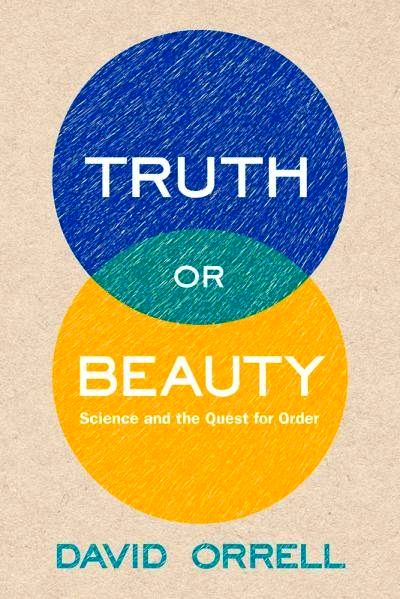 Truth or Beauty: Science and the Quest for Order

Thanks to POSP stringer Tim.
Posted by Mercury at 12:44 PM

Email ThisBlogThis!Share to TwitterShare to FacebookShare to Pinterest
Labels: David Orrell, scientific thought, truth and beauty, Truth or Beauty: Science and the Quest for Order