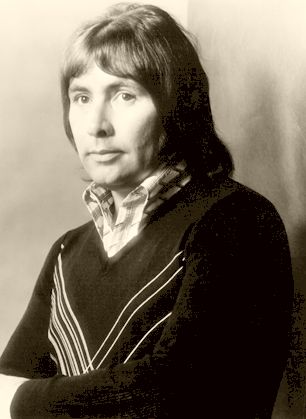 The frontman died at his home in Hampshire surrounded by his family, his daughter Karen said.

The Troggs had a number of hit songs, including Wild Thing and Love Is All Around, which was covered in the 90s with huge success by Wet Wet Wet.

Presley had announced his retirement from music a year ago after being taken ill during a concert in Germany and being diagnosed with lung cancer.

Music publicist Keith Altham said on Facebook his "dear old pal" had died after "a succession of recent strokes and a losing battle with cancer".

"He was so engaging and, at the same time, having been so influential, he was so humble and so likeable," he said.

In January 2012, in a letter to fans posted on his band's website, Presley said: "As you all know I was taken ill whilst doing a gig in Germany in December. During my stay in hospital tests showed that in fact I have lung cancer.

"I am receiving chemotherapy treatment and at the moment not feeling too bad.

"However I've had to call time on The Troggs and retire. I would like to take this opportunity to thank you all for the cards and calls and for your love, loyalty and support over the years."
Presley was born in Andover, Hampshire, and founded The Troggs in the early 1960s.

The band's other hits included With A Girl Like You and I Can't Control Myself.

The 1967 hit Love Is All Around became a hit song again 27 years later when a cover version by Scottish band Wet Wet Wet remained at number one in the UK for 15 weeks.

The success of the Wet Wet Wet single, which featured on the soundtrack of the hit film Four Weddings and a Funeral, allowed Presley to pursue his interest in crop circles and UFOs.

The singer published a book, Wild Things They Don't Tell Us, about the paranormal in 2002.

Alan Clayson, who wrote biography The Troggs: Rock's Wild Things told the BBC Presley was a "local hero", describing him as a "world expert on crop circles" with an "intelligence within".

"I must admit since I knew him I became a great deal less cynical about that," said Clayson.

"Reading his book, it's got an intellectual depth of a University professor rather than a former brick-layer from Andover."


"Reg Presley of The Troggs: the original Wild Thing"

It is strange to think that Reg Presley’s legendary status in owes itself as much to a comically inarticulate, bad tempered, foul-mouthed argument about recording as it does to his band’s prototype Sixties garage rock hits.

When I was a young punk, deliriously delving into rock’s rich and strange back catalogue, The Troggs Tapes held a near mythic status. A bootleg of out-takes from a 1968 recording session in which the four musicians argue with increasing vehemence in thick rural Hampshire arguments about how to produce a hit, it contains the now legendary Presley catchphrase “You gotta put a little bit of ****ing fairy dust over the bastard, you know.”
Before the internet, The Troggs Tapes were hard to find, yet everyone seemed to know about them, an elusiveness that only added to their allure. I remember getting my hands on a copy in a Dublin flea market, then sitting around late at night with friends laughing ourselves silly at the inanity and palpable sense of frustration as the musicians fail to find a way to articulate and capture some sound idea, beyond the reach of either their language or their technical abilities. “Don't just keep saying, ‘Ah, yeah, well that ain't right’. I know that ain't ****ing right. I can ****ing hear it ain't right, you ****.” Ironically, the song they were trying to record was called Tranquility, of which Reg pronounced “that is a number-****ing one, and if that bastard don't go, then I'll ****ing retire!”

In truth, it is the kind of conversation you can hear every day in recording studios all around the world, but there was something liberating and myth-busting about the experience of eavesdropping on these unguarded musicians at work. It was one of the obvious inspirations for the film Spinal Tap, and is certainly as funny as anything in that classic comedy. Rock had become grand and heady in the Seventies and The Troggs Tapes brought it back down to earth with a bang and a stream of expletives, peeling back layers of self-regarding mystery to reveal the secret core: it was made by real people, stumbling towards something even they didn’t really understand.

It was punk before punk, and that is at the centre of The Troggs's enduring appeal. Although they never really reached the top pantheon of British rock, and never went on to the higher artistic levels of comparably bold and raw bands like The Who, The Kinks or Small Faces, they certainly had their own energy and style, performing with a kind of ragged glory that delivered a trio of million-selling transatlantic hits and inspired a generation of young musicians. They are celebrated as one of the originators of garage rock partly because they weren’t polished or accomplished, making-up in commitment what they lacked in finesse. They are the kind of group who inspire because, when you first get your hands on guitars and drums and huddle together with a group of like-minded friends, you can believe that, with some will and application, you can make this kind of noise too. Wild Thing, their still astonishing debut hit, is one of the first songs every young rock band learns: three chords of explosive groove.

The Troggs sound is sort of shaggy, unreconstructed, bleeding at the edges. The guitars are rough and tumble, the drums thumping and basic, and Reg Presley’s voice is magnificent, sexy and raw, with a leery relish where his Hampshire accent really comes to the fore. The roar that opens I Can’t Control Myself is fantastically exciting, while the growling intimacy of his lower range is juicily and seductively compelling. He was a good pop songwriter too. Although Wild Thing was written by Chip Taylor (brother of Jon Voight, uncle to Angelina Jolie), Presley composed the elegant pop ballads A Girl Like You and Love Is All Around, providing royalties that funded his UFO and crop circle hobbies in his later years.

They never really had the artistic drive to develop or progress when the first round of hits dried up, and the rest of Presley and The Troggs's long career has been about milking their youthful fame. They were venerated by the garage rock and punk generation, the kind of musicians who favour raw authenticity over virtuosity, and lauded as an influence by proto-punks Iggy Pop and The MC5. REM recorded an album with them in 1991, Athens Andover, establishing a previously unsuspected link between the US college rock of Athens, Georgia and the Troggs home town of Andover, Hampshire. But essentially the Troggs became a nostalgia band, a fate strangely at odds with the youthful vigour of their image.

It might not seem much, maybe, but it is more than most rockers ever achieve. If Reg Presley had done nothing more than record Wild Thing and swear at his band mates, he would deserve his place in rock’s heavenly pantheon. Put a little bit of fairy dust over the bastard, Reg.
Love Is All Around

The Trogs [Wikipedia]
Posted by Mercury at 6:47 AM