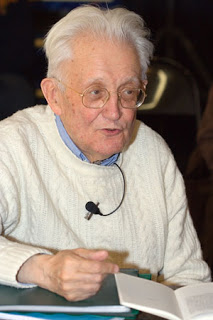 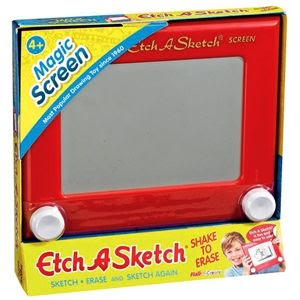 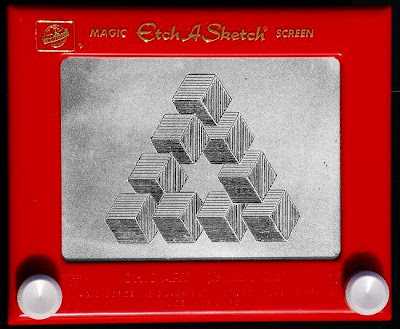 Andre Cassagnes, the inventor of the Etch A Sketch toy that generations of children drew on, shook up and started over, has died in France, the toy's maker said.

Cassagnes died Jan. 16 in a Paris suburb at age 86, said the Ohio Art Co., based in Bryan in northwest Ohio. The cause wasn't disclosed Saturday.

"Etch A Sketch has brought much success to the Ohio Art Company, and we will be eternally grateful to Andre for that. His invention brought joy to so many over such a long period of time," said Larry Killgallon, president of Ohio Art.

Then an electrical technician, Cassagnes came upon the Etch A Sketch idea in the late 1950s when he peeled a translucent decal from a light switch plate and found pencil mark images transferred to the opposite face, the Toy Industry Association said.

Ohio Art saw his idea at the Nuremberg Toy Fair in 1959. The toy, with its gray screen, red frame and two white knobs that are twisted back and forth to create drawings, was launched in 1960 and became the top seller that holiday season. More than 100 million have been sold worldwide since.

Though passed over in popularity for video games and gadgets, the toy has a steady market, the company has said. It got a big jump in sales after Etch A Sketch was featured in the first two "Toy Story" movies, and Ohio Art capitalized on a much-publicized gaffe by a Mitt Romney aide during last year's presidential election, who was asked about his candidate's views during the primary season versus the general election.

He likened the campaign to an Etch A Sketch: "You can kind of shake it up and we start all over again."
Democrats and Republicans alike seized on the remark as evidence that Romney was willing to change his positions for political gain. And Ohio Art seized on the publicity, creating a politically themed ad campaign and manufacturing blue versions of the famously red toy.

Etch A Sketches were made in Ohio until 2000, when the company moved production to China because of increasing costs.

In this session we will look at the very beginnings of technology...the Etch a Sketch:

Say what you will about technology, without the introduction of the Etch a Sketch into the area of "kick-ass" technology, we at the Consortium doubt very seriously we would be where we are today.

Invented in 1950 by André Cassagnes the Etch a Sketch was originally called the Telecran ("tele-screen"). As a dedication to Cassagnes and his life changing invention we will rate all further technologies on a Cassagnes scale. This scale will be rendered out of 512 and will indicate the level of "kick-ass"edness, thus inherent in the device.
Image of "Kick Ass" Cassagnes..

Moving on, Cassagnes' device receives a 511 out of 512. The -1 one rating is because the name "Telecran" should have been used and thus fully and completely "kicking ass". That said 511 is still way beyond any rating thus far...clearly and thus elates us everyday we get to use this wonderful device.

The Etch a Sketch works by having the inside surface of the glass screen coated with aluminum powder which is then scraped off by a movable stylus, leaving a dark line on the light gray screen.
The stylus is controlled by the two large knobs, or "Knobbies" one of which moves it vertically and the other horizontally.

To erase the picture, the artist turns the device upside down and shakes it. Doing this causes the styrene beads to smooth out and re-coat the inside surface of the screen with aluminum powder. The "black" line merely exposes the darkness inside the device.
While many might question the rating we at the "Consortium for Really Appealing Peripheral Devices" or simply CRAPD; we stand firm behind Andre's glorious device. One because we used it as kids and secondly we couldn't think of any other device that perfectly balances form, function and simplicity quite like the EAS.

Filling in large "black" areas will allow enough light through to expose parts of the interior. This is of course top secret information and available to only the true students of the EAS (Etch-a-Sketch).

Many people fail to realize that the Etch-a-Sketch was father to another device, the Animator.

Released in 1986, the Animator reaches a level of "kick assedness" rarely seen from the Consortium. Walking a fine line of yin and yang, form and technology, and unadulterated pleasure the animator defines the form and function of the modern day laptop/mobile device.

While single handedly wowing the industry the Animator burst onto the scene only to be quickly taken off as scientists scratched their collective heads in awe and disbelief and scrambled to develop laptop technology....A coincedence?

Etch A Sketch [Wikipedia]
Posted by Mercury at 4:00 PM