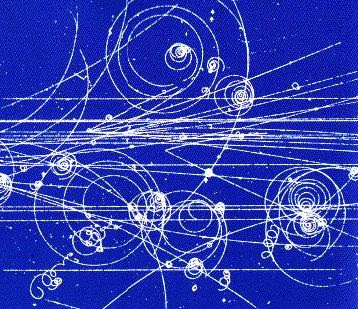 Less war participation would avoid this.

In a narrowly decided vote, an advisory panel to federal nuclear science agencies has recommended closing a particle collider at Brookhaven National Laboratory in Upton, N.Y., rather than eliminating other costly facilities. The reason: federal budget woes are hitting all types of government funding from classroom education to highway repair.

At a meeting this week of the Nuclear Science Advisory Committee, which provides guidance to the U.S. Department of Energy and the National Science Foundation, physicist Robert Tribble of Texas A&M University in College Station unveiled the findings of an effort he led to identify priorities for an increasingly frugal U.S. nuclear science program. From the outset of the Tribble panel’s investigation, it appeared that one of three major projects would face elimination, and on January 28 Tribble announced that Brookhaven’s Relativistic Heavy-Ion Collider, or RHIC, had drawn the short straw.

Tribble explained that under flat budgets or even with annual increases for inflation, it would not be possible to operate RHIC while also building the planned Facility for Rare Isotope Beams (FRIB) at Michigan State University and completing upgrades to the Continuous Electron Beam Accelerator Facility (CEBAF) at the Thomas Jefferson National Accelerator Facility in Virginia.

The Tribble panel recommended finishing the CEBAF upgrades as the highest priority, and RHIC lost in a narrow runoff with FRIB for second place. “The subcommittee vote, while closely split, resulted in a slight preference for the choice that proceeds with FRIB,” Tribble reported.

The possibly soon-to-be-shuttered RHIC smashes gold ions or protons together at high speed to generate new particles or new states of matter. And although RHIC is much smaller than the Large Hadron Collider (LHC) in Europe, and much less powerful, nuclear physicists argue that the U.S. machine has the capability to address science questions that are inaccessible anywhere else. “If we close RHIC now, we lose all collider leadership—not just the high-energy frontier—to CERN,” Tribble said, referring to the European particle physics laboratory that operates the LHC. After a series of closures in the past five years, RHIC stands as the only remaining particle collider in the U.S. The project, which costs the Department of Energy about $160 million a year to operate, employs some 750 people.

“It’s the most versatile collider in the world,” says Steven Vigdor, who recently stepped down as Brookhaven’s associate laboratory director for nuclear and particle physics. RHIC can accelerate and smash together beams of protons with aligned spins, much like two spiraling footballs colliding in midair. “That enables a program that is absolutely unique for trying to understand how the spin of the proton arises from its constituents, the quarks and gluons,” Vigdor says. The collider also may help determine how the hot, primordial soup of quarks and gluons produced in particle collisions condenses into the protons and neutrons that make up our world. “One would like to understand where the transition is between normal matter and quark–gluon matter,” Vigdor says, adding that some aspects of that transition “can only really be studied in the RHIC energy range.”

In his presentation, Tribble noted that closing any of the three large nuclear physics facilities would leave a gaping hole in the field. “If we are dealing with no-growth budgets, it’s pretty clear that we will lose a major facility that supports or will support more than a quarter of the nuclear science workforce,” he said. “We’ll leave on the table many discoveries that we hope to make in the next decade in our field.” Speaking for himself and not for the subcommittee, Tribble added that he felt such action would spell “disaster.”

His subcommittee therefore endorsed a “modest growth” budget scenario, under which all three programs could continue, albeit at a diminished level. “If we can avoid having to cut off an arm or a leg, then I think we’ll be much better off,” he said. It falls to elected officials in Washington to determine whether such growth can be accommodated within federal science budgets.

Not surprisingly, perhaps, scientists associated with the facility in New York State are still hoping they could get a reprieve. “I think that it’s not clear yet what these recommendations will ultimately mean for Brookhaven or RHIC’s future,” says Doon Gibbs, Brookhaven’s interim laboratory director, adding that the directors of all three labs have agreed to work together to stave off cuts to nuclear physics. “This was a call to arms not just for RHIC but for the nuclear physics community.”
Posted by Mercury at 2:21 PM