Romance via a paper on physics 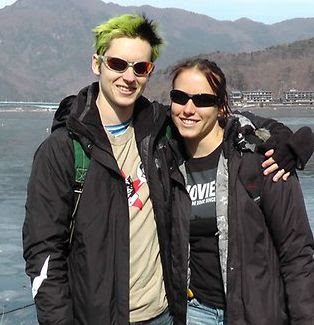 Unusual and unique, but let's see what the emotions will be in 10 years.

THE TIMES OF INDIA

It could well be the geekiest marriage proposal when an Australian physicist got down on his knees to propose to his scientist girlfriend, pulling out a scientific report rather than a ring.

Christie Nelan revealed online how Brendan McMonigal asked her the all-important question in the form of a proposal that had, like any university paper, an introduction, results, difficult lingo such as "principle bodies" and even a graph, according to news.com.au. Nelan, who said 'yes' to the unusual proposal, published a link to a digital copy of the 'report' that went viral, viewed over 1.7 million times with umpteen Facebook shares and dozens of news articles. Interestingly, the graph in the proposal plots their future happiness if they spent the rest of their lives together.

The couple, who now plan to tie the knot next month, said they met as first-year science students at the University of Sydney. "We got to know each other pretty quickly since we had a lot of common classes, both doing advanced maths and advanced physics," McMonigal said. Seven years later, Nelan who returned from a work trip received the 'scientific proposal', a plan McMonigal was working on for some time and who "knew it would be perfect".

Nelan didn't notice that he had gone down on on his knees when he handed her the report and she put it away to read after dinner. "I hesitated because it was only one page, which is very short for your average physics paper, and then I realized Brendan was giving me a very odd look. So I looked at the paper more carefully and realized Brendan was the author," Nelan said. The report titled 'Two Body Interactions: A Longitudinal Study', examined the couple's attraction over an extended period of time, including their love for hydrometeors, the effects of a two-week break up and homemade cooking.

"... I read the abstract and conclusion first, which means it was a proposal before reading the whole thing," she said. It "projected happiness with high confidence" if she accepted his proposal that the "study goes on indefinitely".
Posted by Mercury at 8:10 AM