Office of Advocacy is under fire 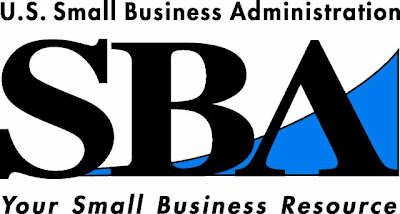 
A relatively obscure office in the US Small Business Administration has come under fire, accused of doing the bidding of the chemical industry and becoming ‘entangled in a major lobbying campaign’ to prevent the government from listing certain chemicals as known or probable carcinogens.

The activities of the Office of Advocacy – an independent office charged with protecting the interests of small businesses with a budget of just over $9 million (£5.7 million) – have been examined by the Center for Effective Government (CEG), a Washington, DC watchdog.

In its report, CEG found that the office had commented on technical and scientific assessments of the cancer risks of formaldehyde, styrene and chromium despite these analyses having little to do with regulating small businesses. The office lacks the scientific expertise to evaluate the merits of such assessments, according to CEG.

After analysing correspondence and materials received through a Freedom of Information Act, CEG determined the Office of Advocacy comments relied heavily on information provided by trade associations dominated by large chemical companies. ‘Between 2005 and 2012, the American Chemistry Council (ACC) and its members spent over $333 million lobbying Congress and federal agencies on, among other things, a protracted campaign to prevent government agencies from designating formaldehyde, styrene and chromium as carcinogens,’ CEG claimed.

One example CEG cited to illustrate the cozy relationship between the Office of Advocacy and industry is a letter that it sent to the US Environmental Protection Agency (EPA) in October 2011. In it the office expressed the concerns of ‘small business representatives’ over the EPA’s evaluation that hexavalent chromium is carcinogenic. The letter claimed that the EPA had insufficient data to estimate the risk from ingestion of chromium and asked the agency to delay its final assessment until a new industry study was completed.

‘The ACC lobbyist provided the Office of Advocacy with these talking points and edited its draft letter to EPA,’ CEG said. ‘Advocacy’s final letter to EPA precisely mirrors the text forwarded to it by the ACC and is remarkably similar to ACC’s comments to EPA.’

But ACC calls CEG’s description a ‘misrepresentation’. The organisation says the correspondence in question was merely verifying information about ACC’s publicly released study on hexavalent chromium to ensure that the EPA characterised the research and its results correctly. ‘Our position has been very clear,’ ACC’s Scott Jensen tells Chemistry World. ‘We have been actively engaged to offer constructive input on EPA draft assessments ... to improve the quality of these chemical risk assessments.’

Meanwhile, a separate report from the Center for Progressive Reform – a research charity and pressure group – says the office ‘has quietly become a highly influential player in the federal regulatory system’ wielding ‘extraordinary authority’ over things like workplace safety and factory air pollution standards.

Neither the Small Business Administration nor its Office of Advocacy responded to Chemistry World’s request for comment.

Office of Advocacy
Posted by Mercury at 9:48 AM