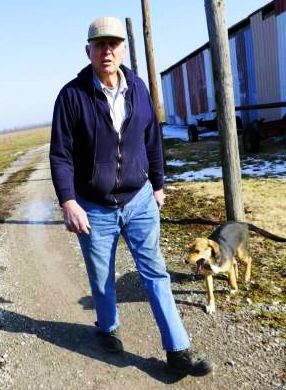 America’s farmers have taken to genetically engineered seeds in a big way.

In most cases the battles are waged in the court of public opinion.  Increasingly though, the disputes are litigated in the judicial system.  And this week, a case involving Monsanto and one of its own customers was argued in the highest court in the land.

Indiana farmer Vernon Hugh Bowman was a regular customer of Monsanto, whose licensing agreements prohibit saving or reusing seeds once the original crops have grown.  By law, new seeds must be purchased annually.

In 1999, Bowman bought left-over product from a local grain elevator which sells the seeds for ancillary use such as animal feed and milling.  Instead, Bowman used the less-expensive variety for perilous late-season planting.

Successful in his gamble, the farmer continued the questionable practice for 8 years. But in 2007, Monsanto sued Bowman and won more than $80,000 in damages.

The issue for the high court now is to determine how far the patents extend. And Bowman believes the cheaper seeds he acquired from the elevator are no longer covered by Monsanto’s patents.

“I didn't look at it as a loophole because I had always been able to go to the elevator and buy the seed, you follow me? So I just looked at it that when they dumped it in there that they had abandoned their patent. If they want to protect their patent, then it looks to me like it would be required -- they'd be required to have to separate it at the elevator and keep it separate.”

Bowman argues that Monsanto uses its clout as the world’s largest seed producer to bully small farmers into compliance.  Monsanto, on the other hand, claims it spent 13 years and hundreds of millions of dollars developing the seed, which was first introduced in 1996.

And while Supreme Court justices appeared likely to side with Monsanto, the case isn’t exactly a slam dunk.

Marcia Coyle, The National Law Journal: “Under patent law, if a patent holder authorizes the sale of a patented article or invention, after that first sale, the patent holder's rights in that invention or article or product are what we call exhausted. And the purchaser can do whatever he wants with it.”

In arguments at the high court this week, none of the justices seemed ready to endorse Bowman's argument that the cheap soybeans he bought at a grain elevator were not covered by the Monsanto patents.

Justice Stephen Breyer said Bowman could make many uses of the soybeans he bought from the grain elevator. "Feed it to the animals. Feed it your family or make tofu turkey." But Breyer maintained patent law makes it illegal for Bowman to plant them. "What it prohibits here,” he said, “is making a copy of the patented invention and that is what he did."

The high court is expected to rule on the case by June.


Farmer sued by Monsanto over soybean seeds
Posted by Mercury at 12:07 PM