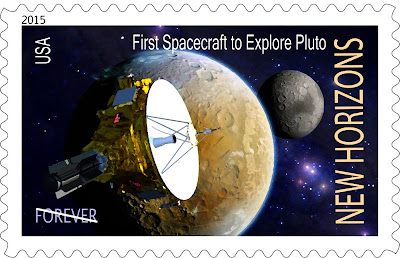 Oh, the plight of poor Pluto. A few years back, the famed last planet in the solar system was downgraded to not even a planet at all, and then eventually bumped up slightly to a planetesimal.

Now, however, the little celestial-body-that-could has what appears to be a new pair of children, and astronomers need help naming them.

Hubble Space Telescope snapped some images in 2011 and 2012 that revealed two previously unknown moons orbiting Pluto. At this time, they are merely called P4 and P5, and astronomers are looking to rectify that. They are asking the public's help in naming the new moons.

The Search for Extraterrestrial Intelligence (SETI) Institute in Mountain View, California, is heading up the name-choosing process. With the website  Plutorocks.com , you can vote for your favorite name.

SETI said the tradition has been that Pluto's moons were named after characters or aspects of Greek myths regarding Hades, or the Underworld. The three Pluto currently has are Charon, Nix and Hydra.

The nominated names to choose from are Acheron, Alecto, Cerberus, Erebus, Eurydice, Hercules, Hypnos, Lethe, Obol, Orpheus, Persephone and Styx. You can vote for those at the website.

You can still write-in your own favorite, however. There is a write-in form on the site.

SETI said the ground rules are: “Feel free to come back, but please do not vote more than once per day, just so everybody gets a fair chance to make their opinion known. We will take your votes and suggestions into consideration when we propose the names for P4 and P5 to the International Astronomical Union (IAU).”

Voting deadline is noon EST on Monday, February 25.
Posted by Mercury at 3:36 PM