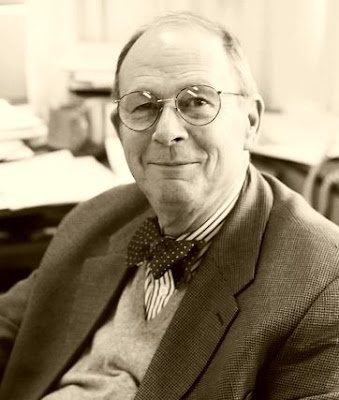 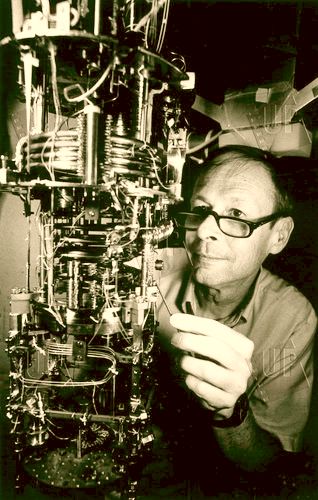 Nobel winner Robert Richardson has died at age 75, leaving behind a legacy of groundbreaking work in the field of experimental physics.

The Cornell University professor shared a Nobel Prize for a discovery that involved work on low-temperature physics. His work contributed to research ranging from properties of microscopic mater to astrophysics, The Associated Press noted.

“Bob Richardson was an extraordinary physicist who used his deep understanding of the scientific enterprise to shape the course of research at Cornell and nationally,” said Cornell President David Skorton.

The Nobel winner died Tuesday in Ithaca, New York, from complications of a heart attack.

After growing up in Washington, D.C., Richardson earned his bachelor and masters degrees from Virginia Polytechnic Institute and a doctorate from Duke University.

He moved on to Cornell in 1968, holding a number of titles including Floyd R. Newman Professor of Physics and the university’s first provost for research from 1998 to 2003.

At Cornell, the Nobel winner was remembered as a mentor for students and professors alike.

“Bob … was a wonderful person and a great mentor to all in the low-temperature group at Cornell,” Douglas Osheroff, a then-student who shard the Nobel Prize with Richardson, told Cornell news services. “He was a role model for us all, not just in our research, but as mentors to our own graduate students.”

As the Nobel winner dies, he also leaves behind a legacy of pushing sciences in the United States. Richardson was co-author of a 2005 National Academy of Sciences report that called for the US to mobilize resources to ensure it remains globally competitive in science and technology.

Robert C. Richardson, a Cornell University professor who shared a Nobel Prize for a key discovery in experimental physics, has died. He was 75.

He and fellow Cornell researchers David Lee and Douglas Osheroff were awarded the Nobel for 1996 for their 1971 work on low-temperature physics involving the isotope helium-3, which has contributed to research ranging from the properties of microscopic matter to astrophysics.

Richardson was born in Washington, D.C., earned his bachelors and masters degrees in physics at Virginia Polytechnic Institute and a doctorate at Duke University, where he studied with the physicist Horst Meyer and later served as a trustee.

"Bob Richardson was an extraordinary physicist who used his deep understanding of the scientific enterprise to shape the course of research at Cornell and nationally," said Cornell President David Skorton.

As co-author of the 2005 National Academy of Sciences report "Rising Above the Gathering Storm: Energizing and Employing America for a Brighter Economic Future," Richardson called for the U.S. to ensure it remains globally competitive in science and technology.

Lee, now a physics professor at Texas A&M University, and Osheroff, a professor emeritus at Stanford University, both praised Richardson as a role model and mentor for colleagues and graduate students.

Robert C. Richardson, who shared the 1996 Nobel Prize in Physics for coaxing a rare form of helium into a bizarre liquid state that had never been seen before, died on Tuesday in Ithaca, N.Y. He was 75.

The cause was complications of a heart attack he suffered three weeks earlier, according to Cornell University, where Dr. Richardson had been a physics professor since 1968.

In 1971, Dr. Richardson and two colleagues — David M. Lee, also a physics professor, and Douglas D. Osheroff, a graduate student — collaborated on a technically challenging experiment, exploring the properties of atoms a fraction of a degree above absolute zero.

They cooled helium-3, a lighter variant of helium, to within a few thousandths of a degree of absolute zero. Absolute zero is the lowest possible temperature, at which motion comes to almost a complete stop.

In that deep freeze, liquid helium-3 turns into what physicists call a superfluid — a liquid that flows without friction.

“I quickly tell people it has no practical applications,” Dr. Osheroff said in an interview on Wednesday. But the discovery has enabled scientists to study a variety of scientific problems, including basic quantum interactions at the atomic level. The Nobel Prize committee deemed the experiment a breakthrough in basic physics.

Decades earlier, scientists had discovered that helium-4, the common form of helium that fills balloons and airships, becomes a superfluid at minus 456 degrees Fahrenheit, or about 3.5 degrees above absolute zero. But because helium-4 has one additional neutron, it exhibits very different properties as a superfluid from what the Cornell physicists discovered.

In fact, the helium-3 data turned out to be so different from what theorists had predicted that the three researchers initially misinterpreted what they had created.

The experiment was also one of the first uses of nuclear magnetic resonance to generate images out of radio waves emitted by the atoms. That is the same principle that underlies the M.R.I. machines that doctors today use to peer inside patients’ bodies.

Robert Coleman Richardson was born on June 26, 1937, in Washington, the first child of Robert F. and Lois Price Richardson. (A sister, Addie, was born two years later.) The family lived in Arlington, Va. His father, the son of a rural general store owner who traced his family to early Colonial times, worked for a telephone company; his mother grew up an orphan in North Carolina and earned a master’s degree in history.

Robert attended Washington-Lee High School in Arlington. “There was nothing exceptional about the math and science training at Washington-Lee,” he wrote in his autobiography for the Nobel Prize. “The idea of ‘advanced placement’ had not yet been invented. I did not take a calculus course until my second year of college. The biology and physics courses were very old-fashioned.”

He went on to earn a bachelor’s degree in physics at Virginia Polytechnic Institute.

“I was not an especially diligent student but nevertheless obtained a reasonable education in physics,” he wrote. “I graduated with a B average and fourth in a group of about nine physics majors.”

At the time he thought he would go to business school, with the aim of becoming a corporate executive. But he remained at Virginia Tech for one more year to obtain a master’s degree in physics. Afterward he served in the Army for half a year rather than the usual two-year enlistment. He called his abbreviated service a “great piece of good fortune” when “the Army ran short of money.”

In the Army he received training in managing a platoon that repaired jeeps and tanks. The experience, he said, soured him on becoming an executive. He decided to return to physics and graduate school, this time at Duke.

There he began working with helium-3, which was then still a rare substance, a byproduct of the atomic age. The common form, helium-4, has a nucleus of two protons and two neutrons. Helium-3, with two protons and only one neutron, is extremely rare in nature. But it forms in the decay of tritium, a key ingredient of the hydrogen bomb.

With the advent of nuclear arsenals in the 1950s, helium-3 became available for physicists to experiment with. For his doctoral research, Dr. Richardson studied solid helium-3 using nuclear magnetic resonance techniques.

“He was very quick in understanding what was going on,” said Horst Meyer, his thesis adviser at Duke. “He was a very persistent and hard worker. All qualities that very much endeared him to me.”

Dr. Richardson moved to Cornell in 1966 as a postdoctoral researcher and was promoted to assistant professor two years later.

He served as Cornell’s first vice provost for research from 1998 to 2003 and was a member of the board at Duke from 1997 to 2007. He was also a member of the National Academy of Sciences.

Dr. Richardson is survived by his wife, Betty; his daughter, Jennifer Merlis; and four grandchildren.