Social and psychological phenomena...possessing something from someone famous 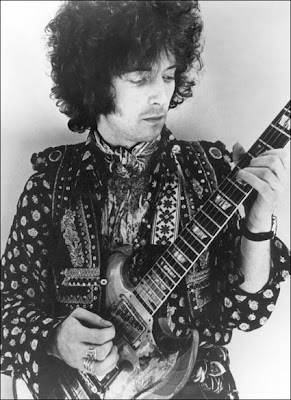 "Urge to Own That Clapton Guitar Is Contagious, Scientists Find"

That was a difficult enough question in 2004 when Eric Clapton sold his beloved Fender Stratocaster named Blackie. But now, as collectors around the world prepare to bid Wednesday at another charity auction of Mr. Clapton’s guitars, the questions are even tougher.

Why would someone create a replica of Blackie, complete with every single nick and scratch, including the wear pattern from Mr. Clapton’s belt buckle and the burn mark from his cigarettes? And why is that replica expected to fetch at least $20,000 at Wednesday’s auction, and probably much more?

Fortunately, social scientists have been hard at work on the answers. After conducting experiments and interviewing guitar players and collectors, they have just published papers analyzing “celebrity contagion” and “imitative magic,” not to mention “a dynamic cyclical model of fetishization appropriate to an age of mass-production.”

One of their conclusions is that the seemingly illogical yearning for a Clapton relic, even a pseudorelic, stems from an instinct crucial to surviving disasters like the Black Death: the belief that certain properties are contagious, either in a good or a bad way. Another conclusion is that the magical thinking chronicled in “primitive” tribes will affect bids for the Clapton guitars being auctioned at Bonhams in Midtown Manhattan.

Some bidders might rationalize their purchases as good investments, or as objects that are worth having just because they provide pleasant memories and mental associations of someone they admire. But those do not seem to be the chief reasons for buying celebrity memorabilia, according to a team of psychologists at Yale.

The researchers asked people how much they would like to buy objects that had been owned by different celebrities, including popular ones like George Clooney and pariahs like Saddam Hussein. People’s affection for the celebrity did not predict how much value they assigned to the memorabilia — apparently they were not buying it primarily for the pleasant associations.

Nor were they chiefly motivated by the prospect of a profit, as the researchers discovered when they tested people’s eagerness to acquire a celebrity possession that could not be resold. That restriction made people less interested in items owned by villains, but it did not seriously dampen their enthusiasm for relics from their idols.

The most important factor seemed to be the degree of “celebrity contagion.” The Yale team found that a sweater owned by a popular celebrity became more valuable to people if they learned it had actually been worn by their idol. But if the sweater had subsequently been cleaned and sterilized, it seemed less valuable to the fans, apparently because the celebrity’s essence had somehow been removed.

“Our results suggest that physical contact with a celebrity boosts the value of an object, so people will pay extra for a guitar that Eric Clapton played, or even held in his hands,” said Paul Bloom, who did the experiments at Yale along with George E. Newman and Gil Diesendruck.

This sort of direct physical contact helps explains why the original Blackie guitar sold for nearly $1 million — Mr. Clapton had played it extensively for more than a decade. But why build an exact replica of the guitar and all its nicks and scratches?

The replica’s appeal is related to another form of thinking called the law of similarity, Dr. Newman said. That is a belief in what is also called imitative magic: things that resemble each other have similar powers.

“Cultural practices such as burning voodoo dolls to harm one’s enemies are consistent with a belief in the law of similarity,” Dr. Newman said. “An identical Clapton guitar replica with all of the dents and scratches may serve as such a close proxy to Clapton’s original guitar that it is in some way confused for the real thing. Of course, the replica is worth far less than the actual guitar that he played, but it still appears to be getting a significant amount of value for its similarity.”

Even a mass-produced replica guitar without the nicks and scratches can become magical, according to two other researchers, Karen V. Fernandez of the University of Auckland and John L. Lastovicka of Arizona State University. They interviewed veteran guitar collectors, including one who had spent hundreds of thousands of dollars on replicas of Beatles gear.

These collectors did not go along with the notion — put forth previously in the academic literature — that a mass-produced object could never acquire the aura of a fetish, the anthropological term for an object believed to have supernatural powers. These guitar collectors insisted that even a factory-made replica of a famous musician’s guitar had a certain something that enabled them to play better music.

“Consumers use contagious and imitative magic to imbue replica instruments with power,” Dr. Fernandez and Dr. Lastovicka write in a forthcoming issue of the Journal of Consumer Research. “Semiotically signified magical thinking causes replicas to radiate aura and thus transforms them into fetishes.”

Of course, the collectors still preferred a beat-up guitar used by a star to a brand-new replica of it. One of them told the researchers how he had improved his own guitar-playing by using old guitar strings that had been discarded by Duane Allman. This belief in contagious magic may sound illogical, but it makes a certain evolutionary sense, Dr. Lastovicka said.

The contagious powers of Eric Clapton seem to extend not only to the guitars he played but also to the amplifiers whose knobs he presumably touched. Dozens of them are on sale at the Wednesday auction, which benefits the Crossroads Centre, a treatment center for drug and alcohol addiction founded by Mr. Clapton.

In fact, one of the amps — a 1957 Fender Twin that Mr. Clapton used extensively in the studio and on stage — has been singled out as the “holy grail” of the auction by Guitar Aficionado, a magazine for collectors.

That assessment made perfect sense to Robert Ender, a guitar player from New Jersey who was checking out the wares at the auction house on Monday afternoon. He said he was planning to bid, although he suspected that the 1957 amp, like the replica of Blackie, would be beyond his price range.

“It would be so cool to have any of these amps or guitars,” he said.

Asked to explain the allure, Mr. Ender fell back on another word for magic. “Any connection with Eric,” he said, “adds some kind of musical mojo.”
Posted by Mercury at 6:22 AM