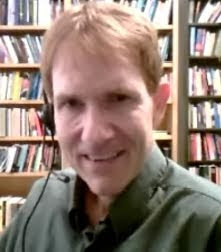 Philosophers have argued for centuries, millennia actually, about whether our lives are guided by our own free will or are predetermined as the result of a continuous chain of events over which we have no control.

On the one hand, it seems like everything that happens has come kind of causal explanation; on the other hand, when we make decisions, it seems to us like we have the free will to make different decisions.

Most people seem to favor free will, and while many, across a range of cultures, reject what is referred to as determinism, they remain conflicted over the role of personal responsibility in situations that require moral judgements, said Shaun Nichols, a professor of philosophy and cognitive science at the University of Arizona.

Nichols is part of a growing number of researchers who are gaining insights into this philosophical dilemma by applying experimental methods commonly used by developmental psychologists and other social scientists. His latest findings ("Experimental Philosophy and the Problem of Free Will") are published in the current issue of the journal Science.

Until recently, these points have been dissected using "careful and sustained thought, sharpened by dialogue with fellow philosophers," Nichols said.

"Mostly what people have done is work on these problems in conceptual ways. You think through the problems; you think about the implications of various theses. And a lot of excellent work has been done on complex philosophical issues using those techniques over the last 2,000 years."

Nichols calls experimental philosophy another tool that can offer new sources of information and help sort through some of these problems.

The debate over free will and determinism is one such problem. The central tenet in determinism is that everything that happens is the result of something that caused it to happen, which itself was caused by something earlier and so on. The conflict comes when people are faced with making a choice or a decision that could go one way or another.

"The dilemma is how do we reconcile how we normally think about causal explanation with this intuition that we have that our decisions are not just the product of these inevitable causal chains," said Nichols.

"It seems like something has to give, either our commitment to free will or the idea that every event is completely caused by the preceding events," Nichols said.

Adults showed conflicting results when tested. Given a deterministic universe where every decision is the result of past decisions, people generally responded that no one could be held morally responsible for their actions in such a universe. But when presented with a scenario in which a man in that theoretical universe has committed a particularly heinous criminal act, most test subjects agreed that the man was fully morally responsible for his actions.

One possible explanation for these conflicting responses is that when people are calm and collected, determinism is thought to exclude free will and moral responsibility. Cases that are much more emotionally charged and hit closer to home, however, elicit something different.

"When you present people with an emotionally laden transgression, and if you ask if the person is morally responsible, then people overwhelmingly say that the person is responsible, even if their action was determined," Nichols said.

Experimental philosophy, he said, may help make sense of why people are pulled in different directions on a range of different and everyday problems.

"The movement is less than 10 years old and there are now hundreds of publications in experimental philosophy. Free will is what I focused on for this review, but there is a great deal of work on other topics, including moral judgment, causal reasoning, and how people think about consciousness. I think it's been a huge success just in terms of the body of research that's been produced."

Experimental Philosophy [Wikipedia]
Posted by Mercury at 6:10 AM