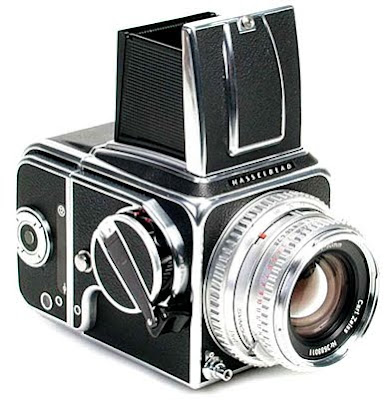 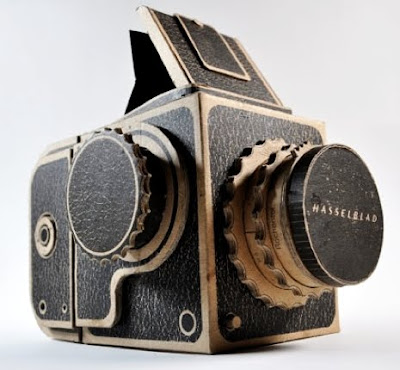 "Beautiful Cardboard Hasselblad Almost as Well Made As Real Thing"

Wired
Yes, you could make a pinhole camera from a shoebox. In fact, as a highly skilled (and likely highly attractive) Gadget Lab reader, you could probably chop up some cardboard and glue it into the shape of a real camera. But would you first screen-print the corrugated cardboard, and then cut the sections with a precision that almost matches that of the Hasselblad camera your model mimics? No, you wouldn’t. But Kelly Angood would.

Kelly is a prop and set designer, and also makes replicas of real objects. The Hasselblad you see here is part of a wider collection including an Olivetti typewriter and a full-sized, functional autophotomat booth.

The Hasselblad is a working pinhole camera, designed to take 120 roll-film, which will give you some lovely big negatives to scan and play with. This one can be bought as an art piece, for an undisclosed price, and comes with two hand-processed prints and a making-of book.

Also, just Google "pin hole cameras" and a wealth of information will be available.
Posted by Mercury at 6:56 AM